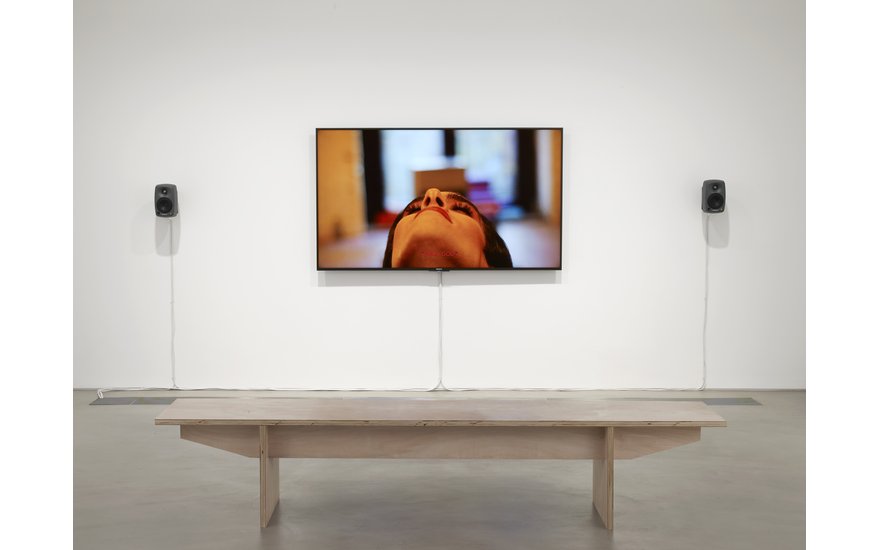 Sheffield-based artist, Jamie Crewe’s solo exhibition at Gasworks examines contemporary trans experience through the lens of the 1885 French novel, Monsieur Vénus by Rachilde. Rachilde’s novel tells the story of Raoule de Vénérande, a masculine aristocratic woman and the working class boy she takes as her mistress, Jacques Silvert. The exhibition comprises of video, sculpture, drawing, text and site-specific interventions. Crewe’s use of the Victorian novel – which acts as both the linchpin to the exhibition and a starting point for considering current trans narratives – is one that feels tender and personal while at the same time, acknowledging the limits and precarious position of an artist’s reorganisation of a now historical text. 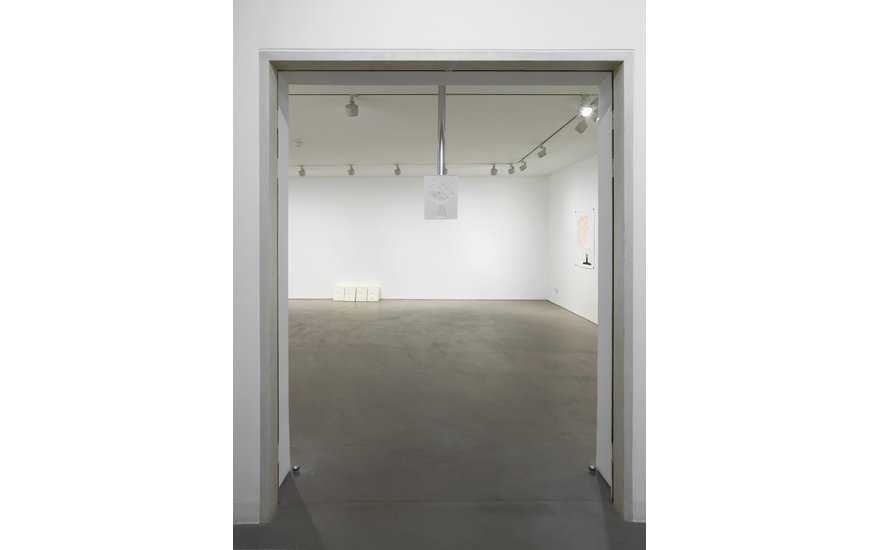 On approaching the exhibition, you are met with a confrontation. A white wax tablet depicting a bouquet of flowers is sturdily hung from the ceiling by a Unicol pole coming down to about head height. The beauty and delicacy of the wax object is offset by the slick metal of the pole, creating a somewhat incongruous and ill-matched couple – a reference perhaps to the inverted relationship between Raoule and Jacques that is found in Monsieur Vénus. This immediate confrontation – a tablet that is poised to address every one of its visitors – is again offset by Crewe’s decision to remove the doors into the exhibition. This blockage and opening sets the scene for the slippery narrative that is to encompass the rest of Female Executioner.

Behind the hanging tablet, stacked and leaning on the back wall of the gallery, are 27 identical white wax tablets. These are rotated daily, in reference to the average length of the menstrual cycle. It was traditional for a mistress to put red flowers outside her room on the days she was menstruating to let her lover(s) know she was unavailable. However, in Rachilde’s novel, Raoule puts white flowers outside Jacques’ bedroom every day, upending such traditions. For Crewe, it seems this work becomes a way to introduce and involve the viewer in a history that has often been sidelined and misrepresented, through a bodily function that too has been whitewashed and minimised. 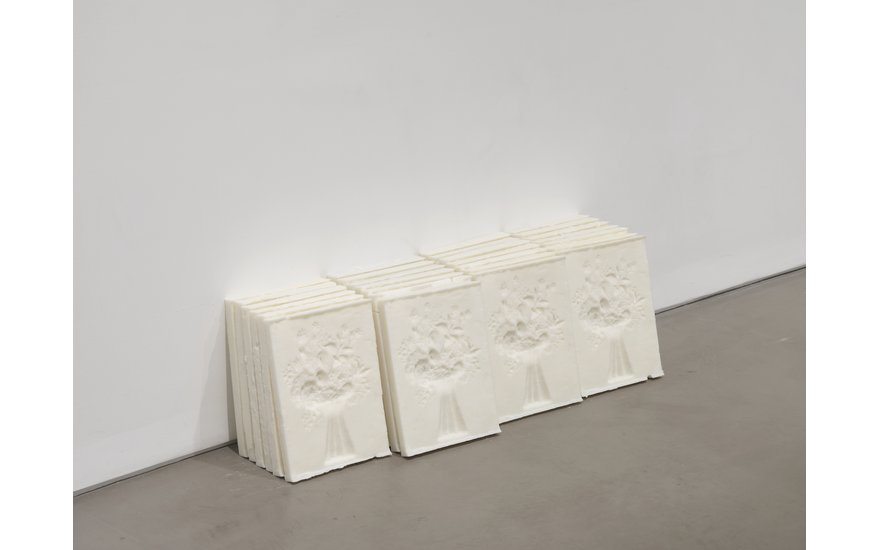 This room also shows a half hour video of a recreation of a scene from the novel in which Jacques leaves Raoule to walk the streets in search of a ‘real man’. However, here we are not in nineteenth century France, but modern day Glasgow. The security of the exhibition’s source material is questioned through the use of subtitles that do not seem to fully fit with what appears on the screen. You are confronted with this uneasiness again, when on entering the second room, you see the removed doors have been attached to this entrance. Although positioned slightly ajar, it is easy to see the gap is too wide for the doors to ever fully close. Instead of blocking an entrance, they now become a curious and strange intervention and interruption of Gasworks’ interior structure and exhibition space.

The second room holds a text work called Stone breaker which charts the artist’s experience of gender while on residency at Gasworks and a sculpture called Wax figure, made to resemble a reclining nude by draping a latex sheet over boxes found at the gallery. The sculpture rests alone in the empty room, a solemn figure imbued with the difficult history of the trans experience. The latex has been burnt with a soldering iron to mark the skin with one of the most prominent signs of feminine seduction – eyes. However, they have been drawn without pupils, becoming just an outline and symbol for what they represent. Crewe suggests that it is only through their individual experience of this Victorian novel – renewed and changed in their 21st century practice – and the involvement and dialogue with the audience that such narratives can be reassessed and seen anew. 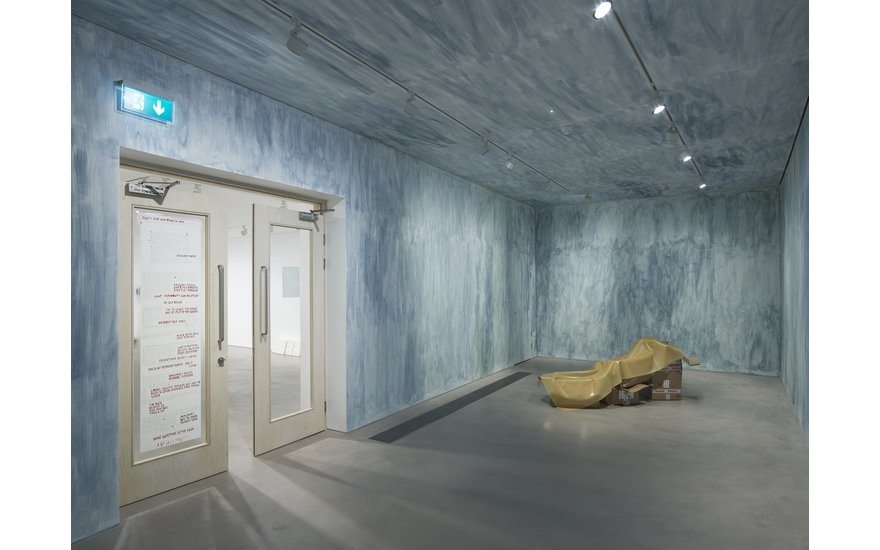 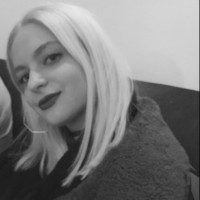