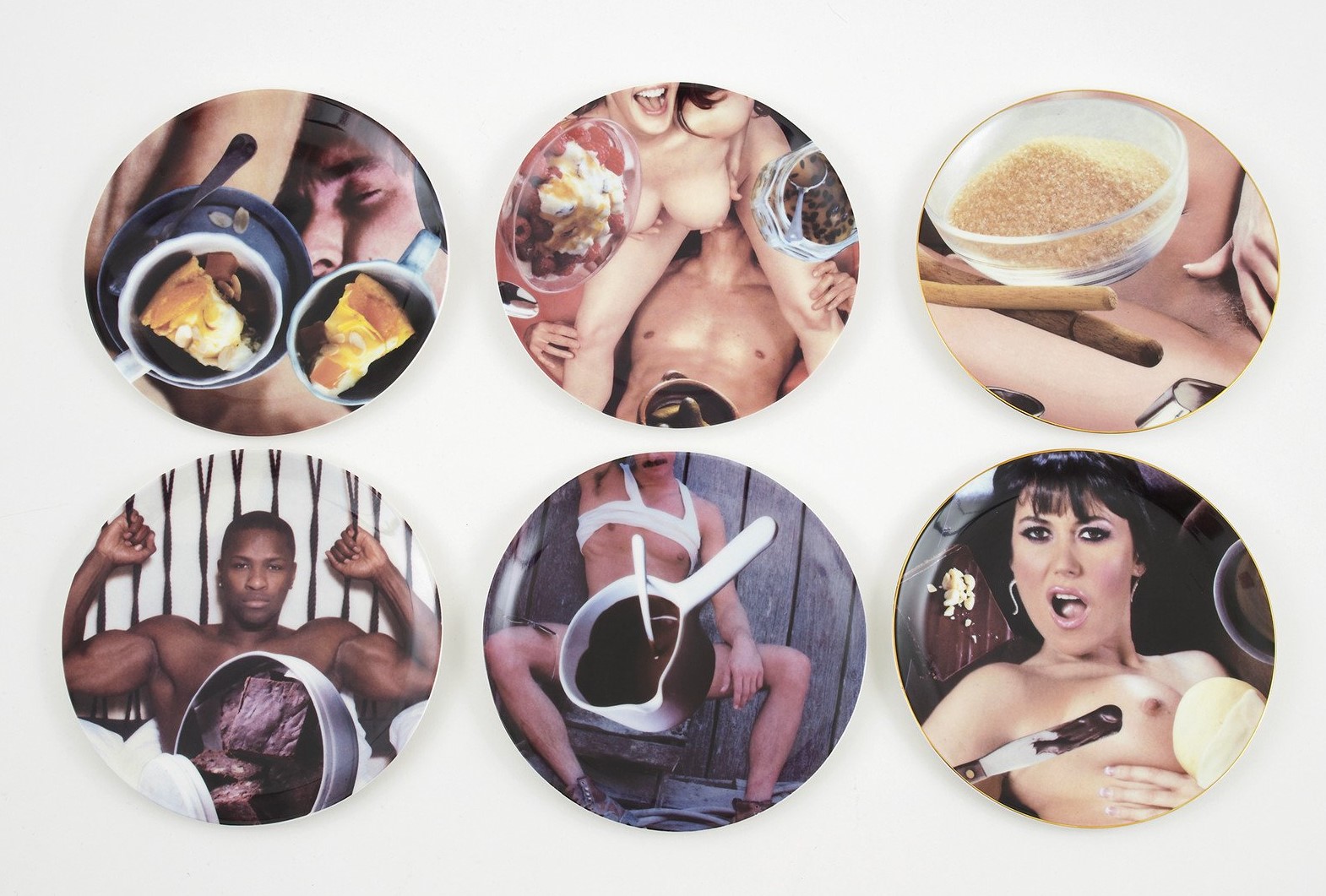 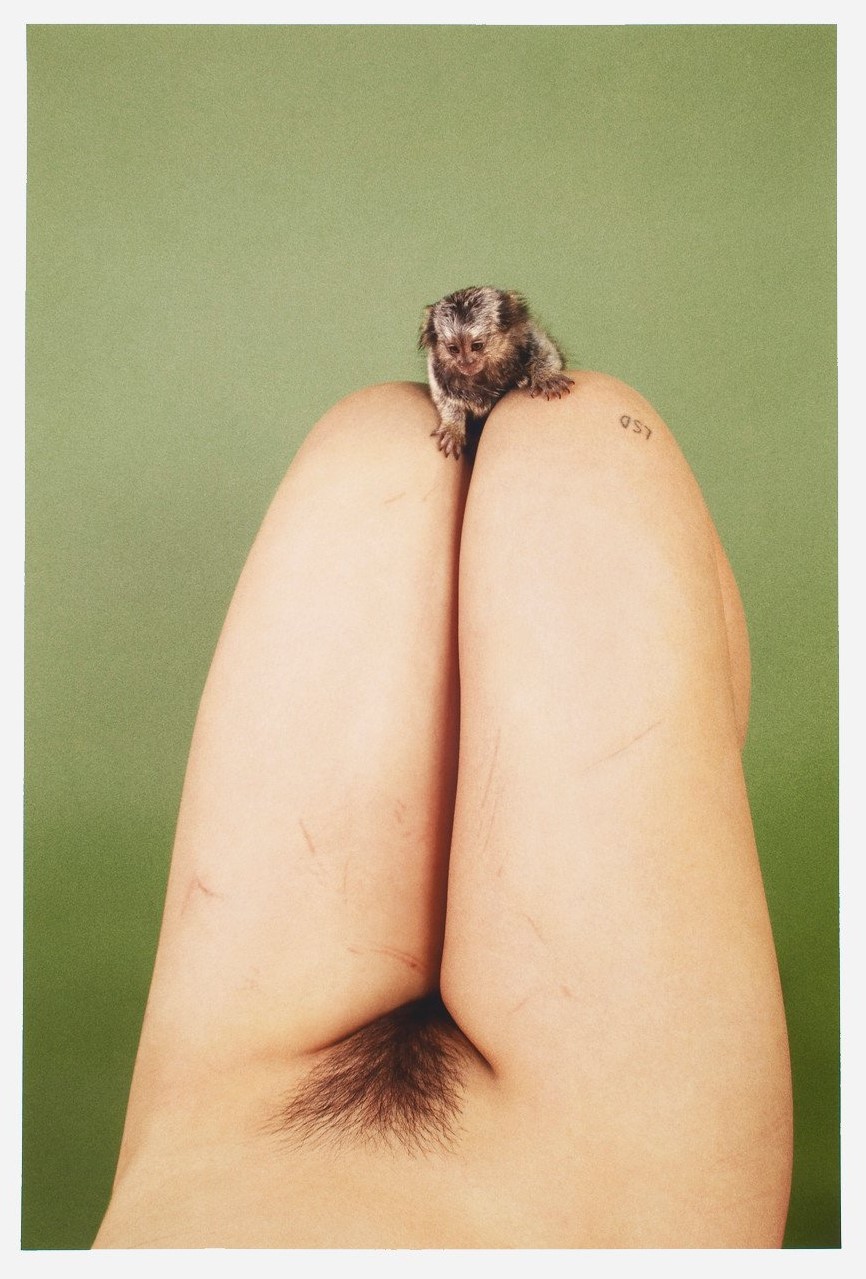 Studio Voltaire’s annual seasonal sale to benefit its work takes place (to 18th Dec) in the considerable central space of a knocked-through version of Alan Cristea’s former space on Cork Street. A visit is much more fun than the typical Christmas shopping experience, whether you buy or not. Christmas a la Voltaire seems to be more than usually oriented towards sex: Linda’s dinner set of porno-plates, a large green breast by Edward Kay, Ryan McGinley’s cheeky monkey and Cary Kwok’s drawing of a somewhat extravagant ejaculation are all prominent – but there’s plenty of other fun, too.

Perhaps galleries in general are starting to take Christmas more seriously: Blain|Southern, for example, has a one day pop-up store and sale on 10th December. But if you’re given art, what will it look like at home?

Arcade has a lively show which gives you an answer for Peggy Franck’s exuberantly colourful swirl paintings and tapestries, as not only is are they installed somewhat as if the gallery is a house, but ‘With no hands. Like a sea.’ (to 17th Dec) also incorporates photographs of the work in other spaces, so splicing documentation and art. Franck, it seems, hopes to pretty much take over your house, making her work a brave if adventurous gift! I guess you might opt for something more easily placed yet worthwhile – House of Voltaire have various towels and blankets, for example… 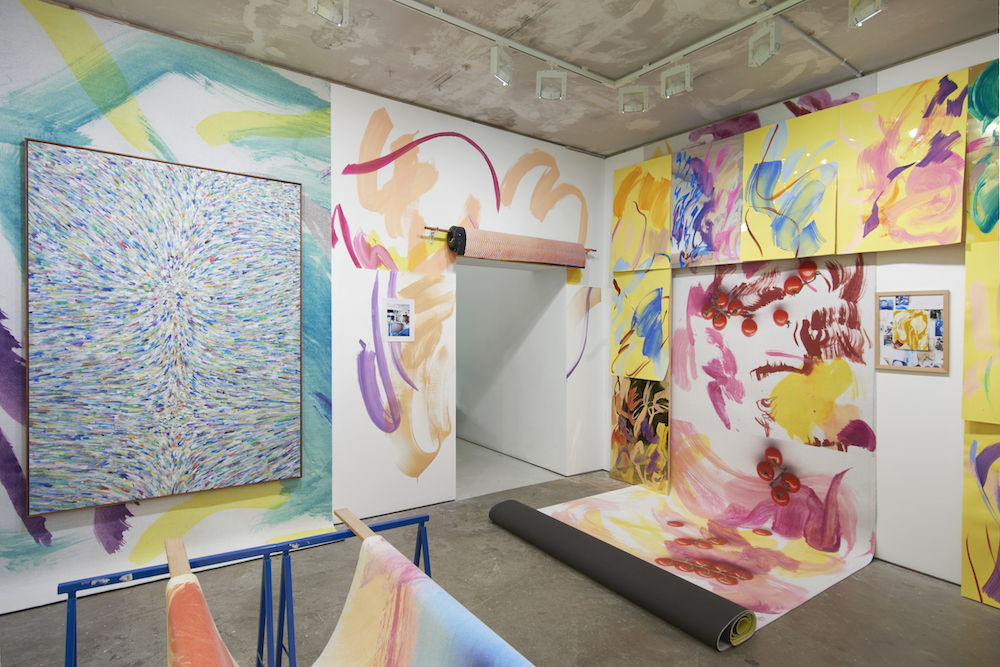 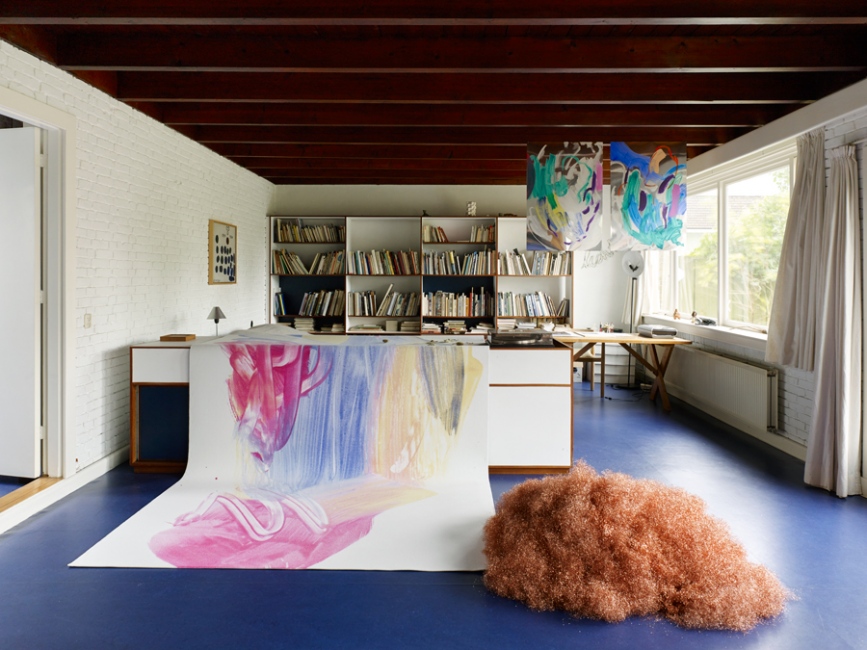 Peggy Franck when you get the work home