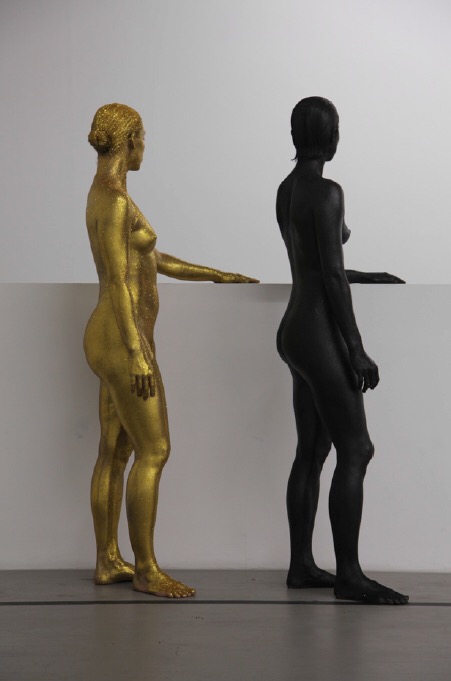 Eddie Peake’s work fuses painting, sculpture, and musical and dance performance. He creates an artistic experience that builds on the history of these media to make a completely contemporary statement. Inspired by Eddie Peake’s commission for Performa hosted by the Swiss Institute in the Wooster Street space in November 2013, Jeffrey Deitch invited Eddie Peake to inaugurate his new program.

Peake’s new work builds on a series of performances created over the last few years for numerous galleries and spaces, including Tate Modern, London (2012), Chisenhale Gallery, London (2012) and Performa, New York (2013). Articulating the complex strains of intimacy that develop between people, Eddie Peake has developed a gallery-based performance in which the relationships between an ensemble are made palpable through a series of choreographed gestures and interactions. Developing his work in collaboration with his performers, Peake creates episodic performances in which bodies might switch between being seen as sculptural objects or complex human subjects, and in which emotions such as desire, jealousy, shame or power are played out using surreal or unexpected signifiers such as colored body paints or animal costumes. Featuring original, devised musical compositions, this performance slowly builds in energy, taking surprising twists and turns, and treading a fine line between displaying bodies in order to invite casual voyeurism and working with them to initiate more direct forms of address.