To coincide with what would have been the 70th birthday of the iconic American photographer Robert Mapplethorpe, Alison Jacques Gallery has invited acclaimed UK-based German photographer Juergen Teller to curate an exhibition of Mapplethorpe’s work. Teller’s selection will be drawn from the entire archive of the Mapplethorpe Foundation. 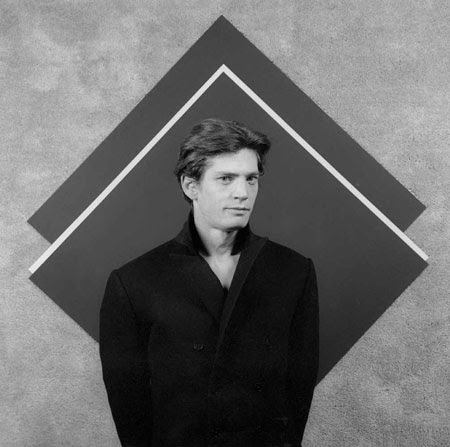 Considered one of the most important photographers of his generation, Juergen Teller is one of a few artists who, since Mapplethorpe, has been able to operate successfully both in the art world and the world of commercial fashion photography.

Alison Jacques, who has represented the Estate of Robert Mapplethorpe in the UK for 17 years, said: “Provocative and subversive, making images which are the antithesis of conventional fashion photography and, most importantly, a key artist of his time, Juergen Teller was the only choice to curate this special exhibition of Robert’s work. There are obvious parallels between these artists and I am excited to see how Juergen will bring his edge, energy and unique vision to a new reading of Robert’s work.”

Robert Mapplethorpe’s practice as an artist was characterised by inherent dualities. He sought what he called “Perfection of Form” in everything, from acts of sexual fetishism to the elegant contours of flower petals. This will be the gallery’s first exhibition of Mapplethorpe’s works since the dual retrospective Robert Mapplethorpe: The Perfect Medium at The J. Paul Getty Museum and Los Angeles County Museum of Art (LACMA), Los Angeles (2016), and follows on from the recent release of the HBO documentary film Mapplethorpe: Look at the Pictures (2016).

Robert Mapplethorpe (b. New York, USA, 1946; d. Boston, USA, 1989) mounted over 50 solo exhibitions during his lifetime, including numerous museum shows in the USA, Europe and Japan. Since his death he has continued to be the subject of major institutional exhibitions. In recent years the Tate, in conjunction with other UK museums, acquired 64 works by Mapplethorpe through the Artists Rooms Art Fund and The d’Offay Donation, which culminated in an exhibition at Tate Modern in 2014.

About The Artist
Juergen Teller (b. 1964, Erlangen, Germany) moved to London in 1986, two years after graduating from Munich’s Bayerische Staatslehranstalt für Photographie. Since the late 1980s, his photographic works have gained critical acclaim and been featured in an array of influential international publications such as Vogue, W Magazine, I-D and Purple. With his unique photographic sensibility, Teller manages to strike a rare balance between creativity and commercialism, blurring the boundaries of art and advertising and creating world-class images for collaborators such as Marc Jacobs, Céline, Yves Saint Laurent and Vivienne Westwood. Teller’s solo exhibition Woo! at the ICA in London in 2013 was the most well-attended exhibition in the ICA’s history, and in 2016 he has a major solo museum exhibition in Germany, Enjoy Life! at Kunsthalle Bonn. wiki/Juergen_Teller