The latest artist to undertake Tate Britain’s Duveen commission is Pablo Bronstein. Bronstein explores the impact that architecture has, often through drawings, installations and performances. Throughout history, power and style has been conveyed through architecture and an interest in this show of wealth is reoccurs within Bronstein’s work.

Bronstein has now turned his attention to the Duveen Galleries at Tate. These central halls are built using a reinterpretation of classical architecture. It is, therefore, a perfect setting for Bronstein to conduct an architectural investigation of power. White lines demarcate areas of the floor within the galleries. These lines mimic structures within classical architecture, including styles found in Orders of Architecture. Found somewhere within these lines are dancers, or rather moving statues. Each dance movement is formed of pointed poses, which punctuate the dancers’ fluid gestures with a staccato rhythm. It’s style that can best be described as Greek statues-meet-Madonna’s Vogue. Upon reading the blurb, the I found out that the dancers have had training in baroque dance and perform a sprezzatura, a concept on who trained courtiers should conduct themselves. In one respect, this doesn’t matter; at the point of encounter what matters is myself and the other visitors, and how easily we are manipulated by buildings or statuesque figures. 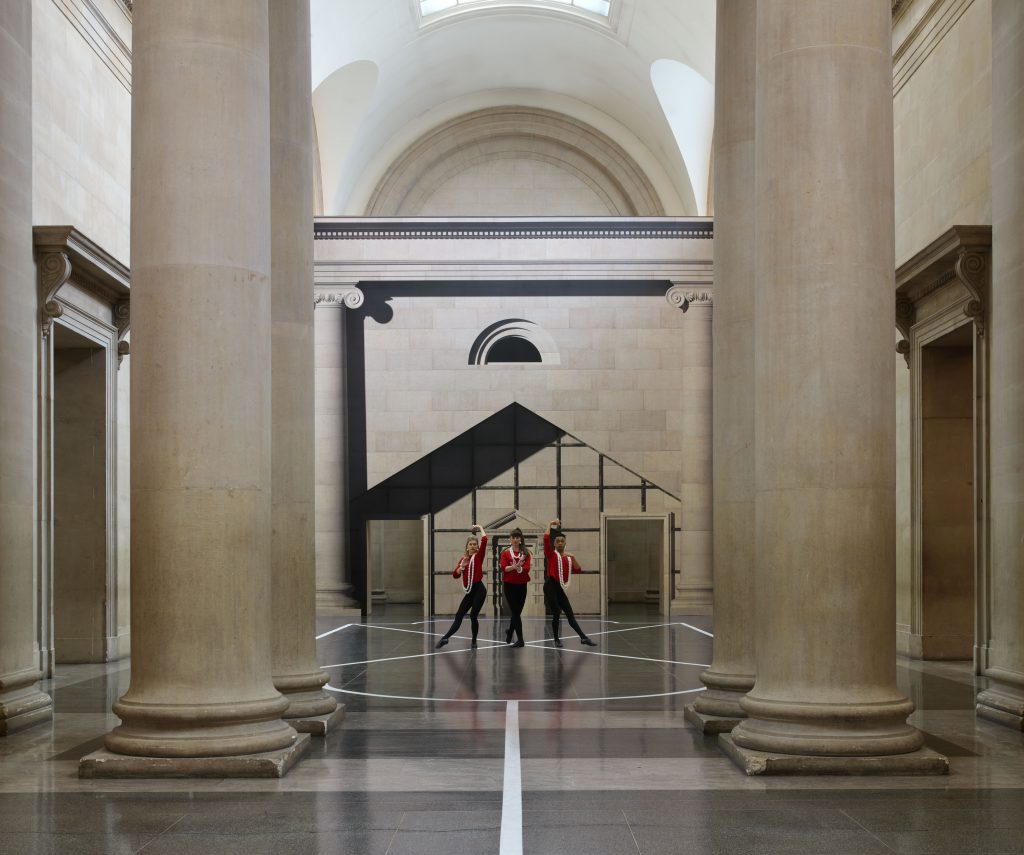 Other commissions have been guilty of drawing our attention away from the architecture of the galleries. When viewing Bronstein’s installation, I found myself looking up and, for the first time, really examining the architecture.

Pablo Bronstein: Historical Dances in an Antique Setting is at Tate Britain until 9th October.