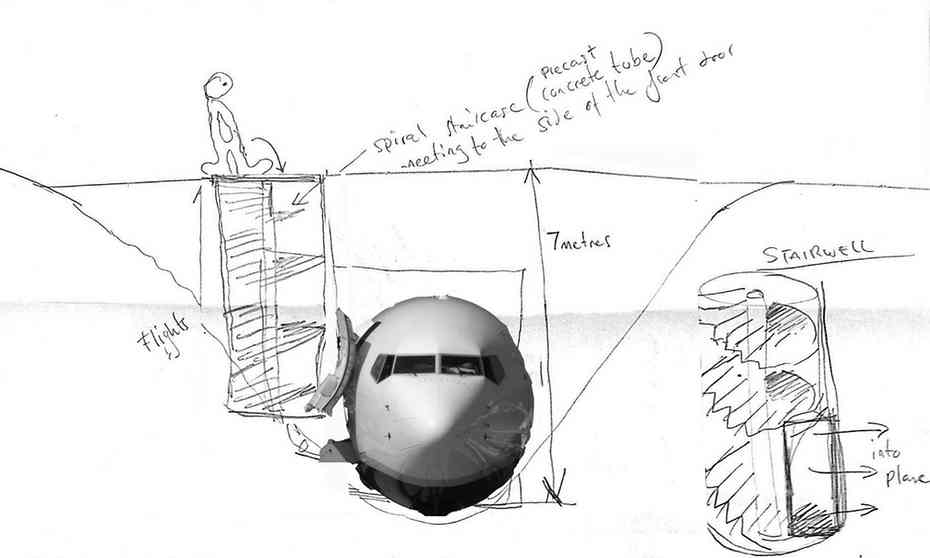 This article titled “Roger Hiorns on course to bury Boeing 737 under Birmingham canalside” was written by Maev Kennedy, for theguardian.com on Thursday 21st April 2016 13.08 UTC

If not precisely the land of lost content, the rubble strewn backwater of the Birmingham canal network, with its scrapyards, stubs of old warehouse walls, and buddleia sprouting amid white-van parking spaces, is certainly the land of lost mischief for Roger Hiorns. The artist is on course to bury a Boeing 737 seven metres under its battered surface.

“Didn’t you learn to smoke here?” Jonathan Watkins, director of the city’s Ikon gallery, asks him.

“Er … yes,” Hiorns says, with a guilty glance around as if his mother might still be watching. He points to the distant church spire, beyond the wasteland and the council housing blocks of Ladywood, one of Birmingham’s most culturally diverse but deprived districts.

The Turner prize-nominated artist, whose creations include turning aderelict high-rise London flat into an eerily magical cavern of blue copper sulphate crystals, grew up over there in Ladywood. However, as a teenager, he found this canal area, with its factories, warehouses and smoky Victorian pubs, far more entertaining.

“I used to come here all the time,” he recalls. “It’s always been an interesting place. There was a pub, the Waterworks, and there were always foreign students there. We were just underage drinkers, we learned … many things.”

For years, Hiorns has contemplated buying an entire plane and burying it, complete with every detail of its working life. The seats will be there, the lights, the safety instructions, the call bells – except the windows will be blinded by piled-up earth. Indeed his ambitions go further: he dreams of an entire fleet of grounded planes, buried across the world.

“It’s got something to do with taking something out of the air, and putting it under the skin of the land,” he says. “The idea has been in my mind for years. I dont know when exactly it started. I wasn’t the child who buries his Dinky toys in the back garden – I had a brother and most of the toys were his, so I couldn’t.”

Ikon has now commissioned Untitled (buried passenger aircraft), which should be landing in summer 2017 in Icknield Port Loop, 43 acres of weeds and rubble scheduled for a redevelopment of more than 1,000 homes and businesses.

A suitable plane has already been found, in a specialist breakers’ yard in Gloucestershire. “It’s not as expensive as you’d think to buy a 737,” says Watkins. “You’d be surprised.”

The pricey bit will be getting it to the site by road – the wings will have to come off en route – and digging a plane-sized hole seven metres deep. Entrance will be via a spiral staircase leading down into the earth, and passengers will be transported to the site by the Ikon gallery’s own canal boat.

Seizure, the Artangel-commissioned crystal-filled council flat in Peckham, , was only intended to last for a few months before the housing block was demolished – but the crowds kept coming and the opening kept being extended. Eventually the entire flat was chopped up into sections and reconstructed at Yorkshire Sculpture Park.

“It did have a very strange effect on people,” Hiorns says. “It was never seen as having any spiritual dimension, yet prayer groups came and had regular prayer sessions there. Other people wanted to have sex in it. Who knows what people will want to do in the plane.” 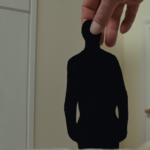