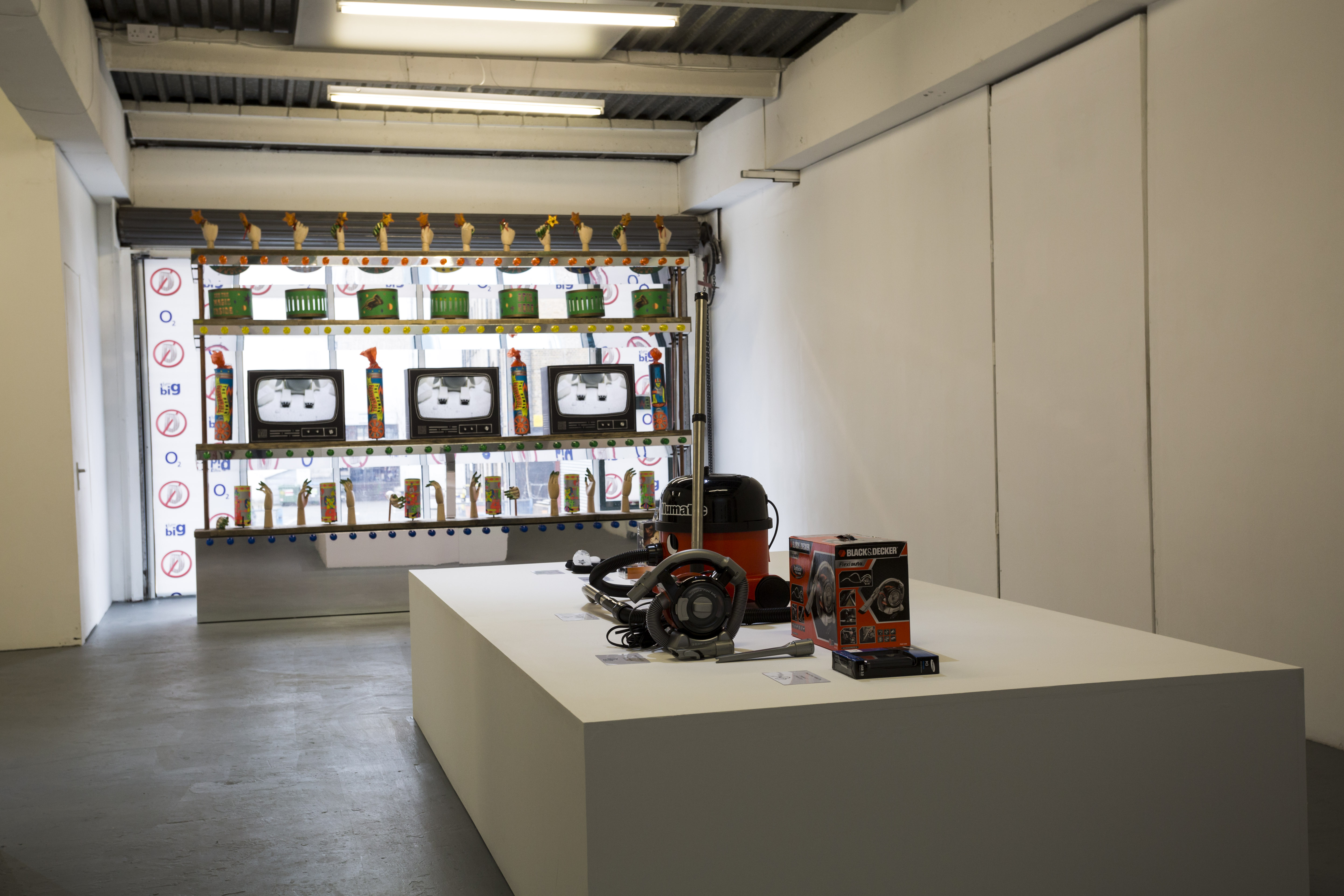 Apps are everywhere, and the uses for mobile phone applications are unlimited – That is why even an emotion or political ideology can be packaged in the form of an iPhone app. In fact, such is the imagination of Àngels Miralda and the Arebyte team, that it is even possible to engage in an art exhibition via an iPad app.

At Dissent as an iPhone App, visitors are encouraged to react and interact with the displays via an online forum through which you can upload photos and leave comments for the artists. The work is a collaboration between Arebyte, curator Àngels Miralda and four prominent artists, Debora Delmar Corp, a recent exhibitor at Liverpool’s FACT “Follow” exhibition in December, Daniel Keller, Ella Plevin, and Saemundur Thor Helgason.

Dissent is an adoption of views that goes against the grain, so it was interesting to see how each artist had interpreted “Dissent” within their works and how that contributed to the exhibition as a whole. 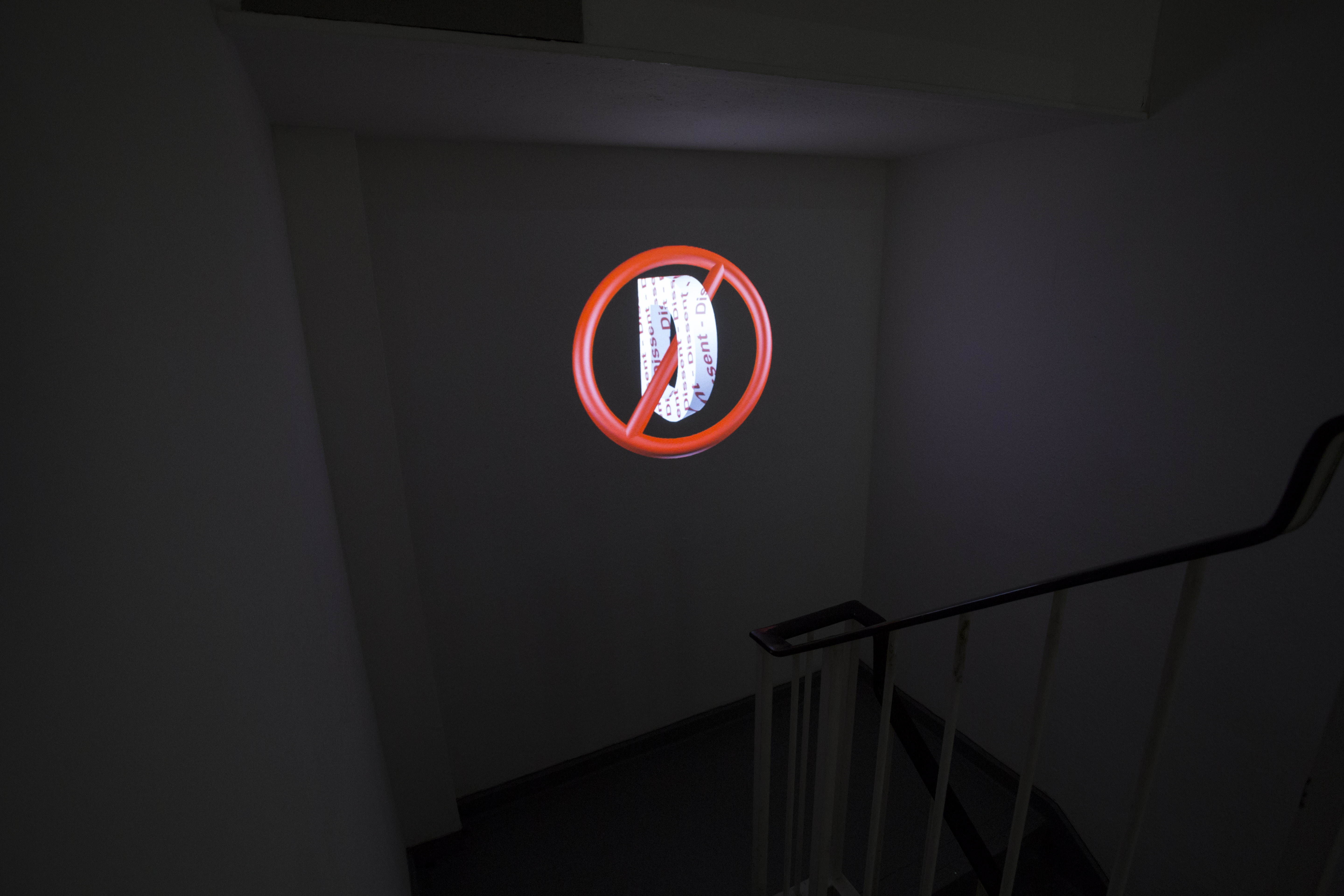 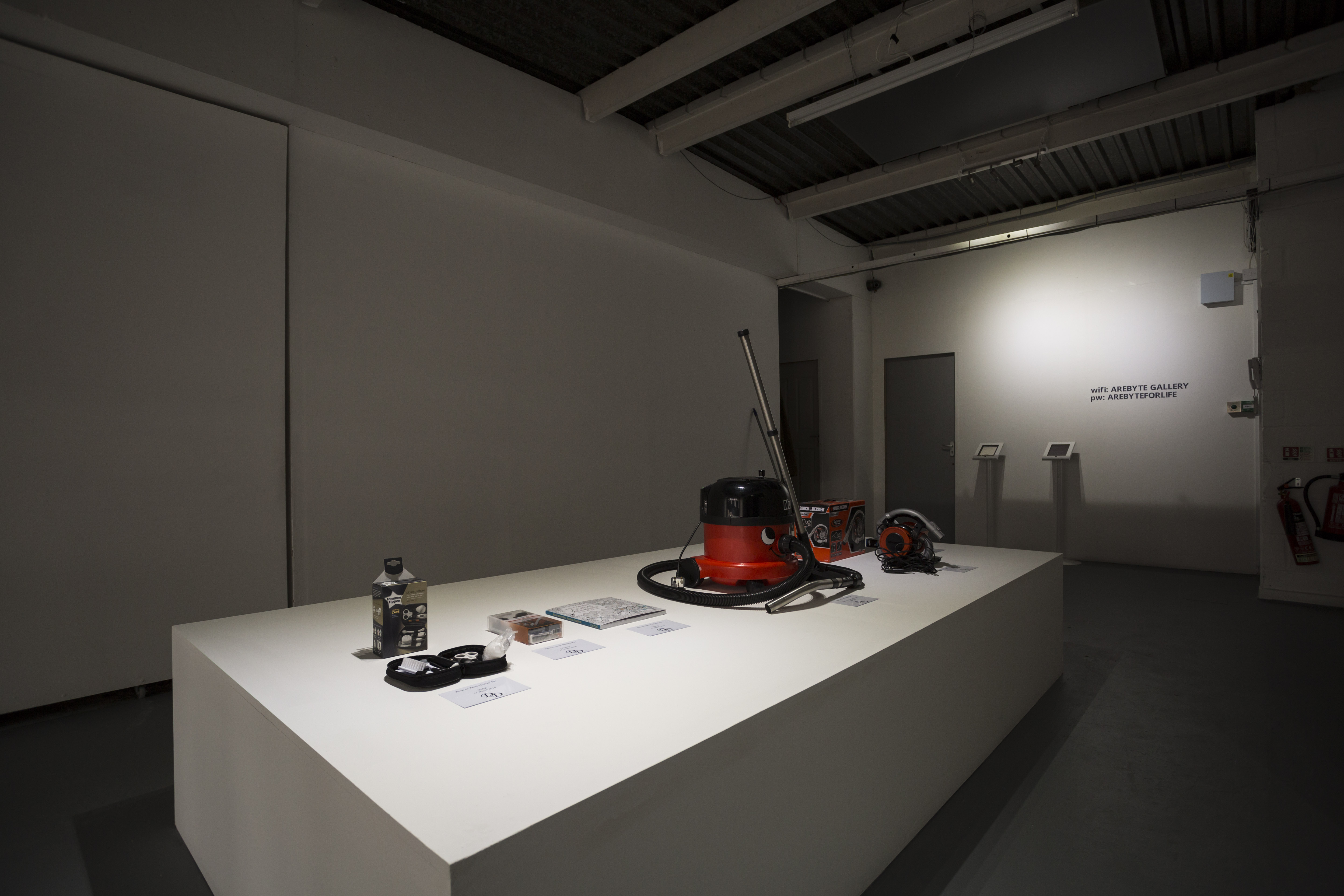 Debora Delmar Corp gave us an installation featuring a physical shop display of online goods purchased from Amazon’s Most Wished For lists. Visitors to the space are encouraged to send a gift to Delmar from any Amazon category, as long as it’s the most wished for, and you can see her presents range from a Henry vacuum cleaner to a colouring book for grownups. My own gift was from the “DVDs and Blue ray” section, and of course it was a copy of “Frozen”. Meanwhile, Daniel Keller and Ella Plevin offered up a suitcase that was in severe need of TLC. From inside the suitcase, you hear a monologue gleaned from “4chan”, an online platform similar to Reddit. The suitcase utters typical self-help mantras combined with emotive comments centring on depression. The artists have explored how doubt can be packaged and made “marketable”, which is true – One only needs a quick wander around Waterstones to envisage how profitable the “self-help” industry must be, recycling the same advice with different covers and yet another glamorous professional heading a campaign for “gaining confidence” or “improving relationships”.

The piece that dominates the space, and has a message that goes to the heart of “dissent” is the Lush fairground attraction that made up the window display for Oxford Circus. Helgason has something important to say when it comes to challenging the norms of the labour market. Anyone who has to go to work and has something else they would “rather be doing” (most of us!) would sit in awe at the “power move” Helgason has orchestrated to reclaim his time and effort. Helgason’s employer was commissioned by Lush to build a Christmas display for the Oxford Circus branch of Lush. As Butter Bears abound and carousels spin, it is worth noting that people like Saemundur Thor Helgason have built this in studios, using their time and energy in exchange for money, when perhaps they have more preferable ways to make money and have had to compromise by taking on a “day job”. Although Helgason had no direct part in the design of the window display, he was hands-on in its construction, and took the bold move to use this piece of work to represent his art. I caught up with Helgason to find out more.

Do you work for Lush at the moment?

What was it like to be commissioned to do the Lush window display for Oxford Circus?

This is the first display that I have built. I just started working in November for this company. The first thing that I built there was this display. I think it’s funny to make this – These aesthetics are so not contemporary art aesthetics; it’s kind of…so kitsch somehow. It could have been something else which is considered more cool, like Calvin Klein or Nike or Adidas or something like that. While I was working on it, I was asked to record instructions on how to install the displays because we made a few of them that went to different places in the world, like in Europe, so I was asked to record a manual, like a video with instructions for the staff to install it. They would look at the video while installing it, basically. So I slowly became quite aware of myself as performing for the company I work for and for Lush, so I’m utilised as some kind of performer and also my artistic skills are being quantified.

While we were working on this, Lush sent a cameraman to the studio and filmed us working, so there’s this Lush video that I can show you. And so they used that to promote the new display, and they even had an opening event of the new display in their store. The concept behind this exhibition is the way the critique is subsumed by the critiqued institution. By Lush I was being subsumed as an artist into their marketed image and so by getting permission to show this in the end as a work of art that I spent quite some time of making, I take back this time and de-alienate myself as a worker.

What was Lush like when you asked them to use this?

The communication went through the company that I work for so I never directly addressed them, but they were quite excited about it, and that kind of fits their ecological standpoint of recycling and reusing materials.

They would probably not be aware of – I mean they don’t know my intentions with the work for example – For them it’s probably just publicity, which it is also, but it’s also like this power relation, I guess, like I’m taking back the labour that I spent as a worker, which is taking time from me as an artist.

In terms of art, do you believe that a piece of art becomes destroyed by being used to promote something or do you think the world of commerce can feed into the artistic world?

I think it feeds more interestingly into the work than destroying it, I think if it’s present within the work, then it’s more transparent to its complicity. The materials that are used for the artwork for example, they come from the market so they are already branded.

To experience Thursday’s first late opening at Arebyte, and to get a handle on “dissent” first hand, you can check out Dissent as an iPhone App at Arebyte tomorrow, Thursday 7th April from 6-9pm. 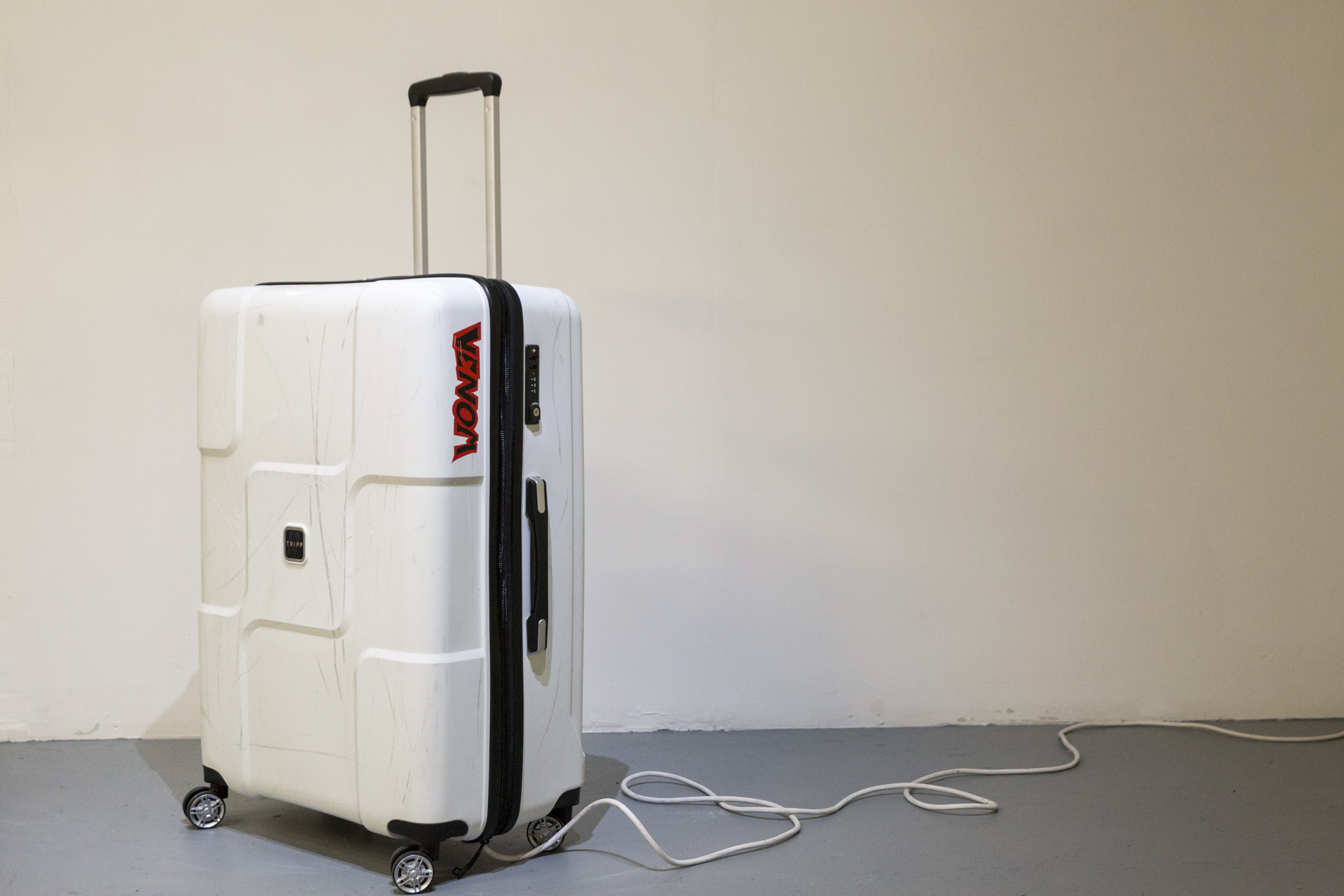 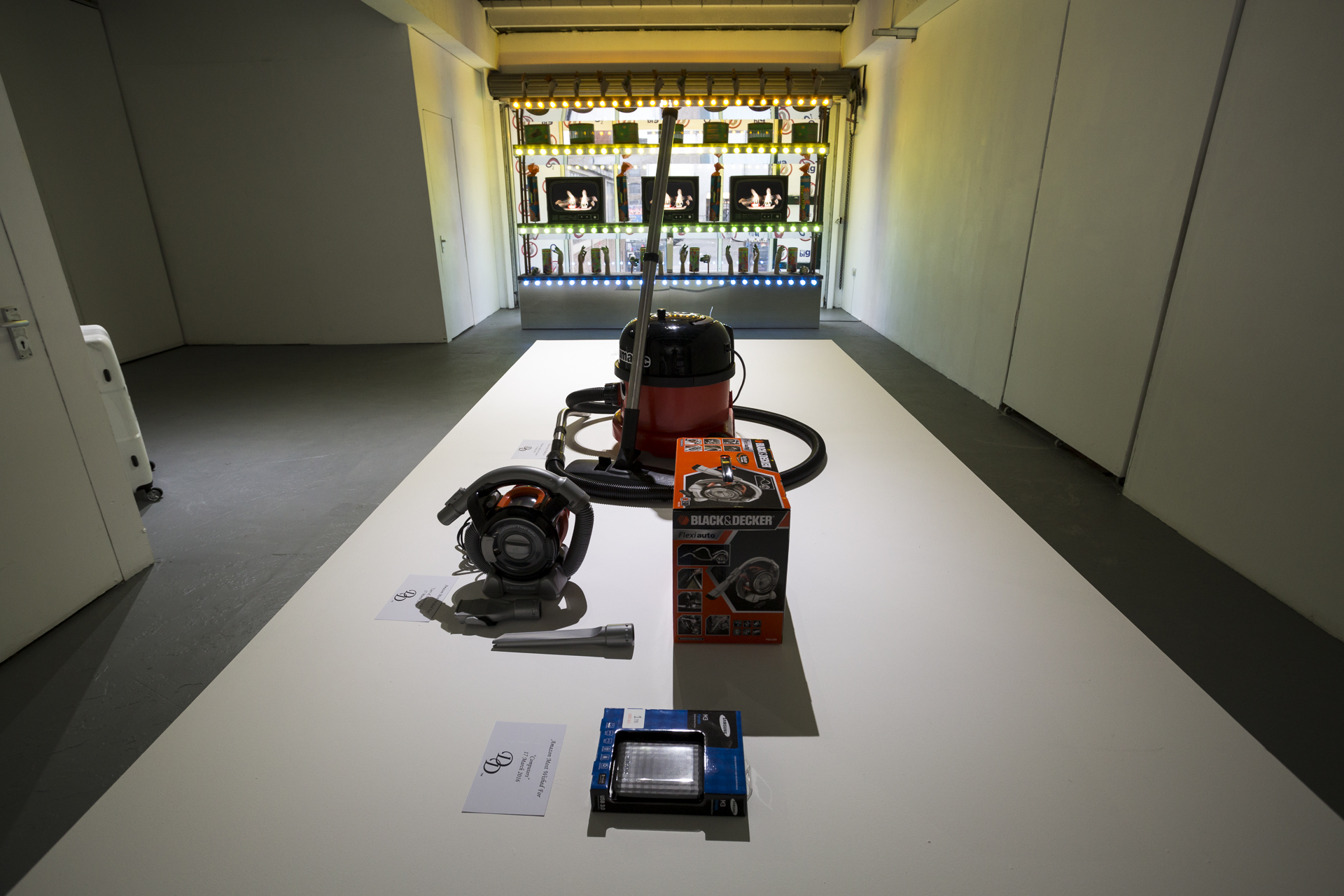 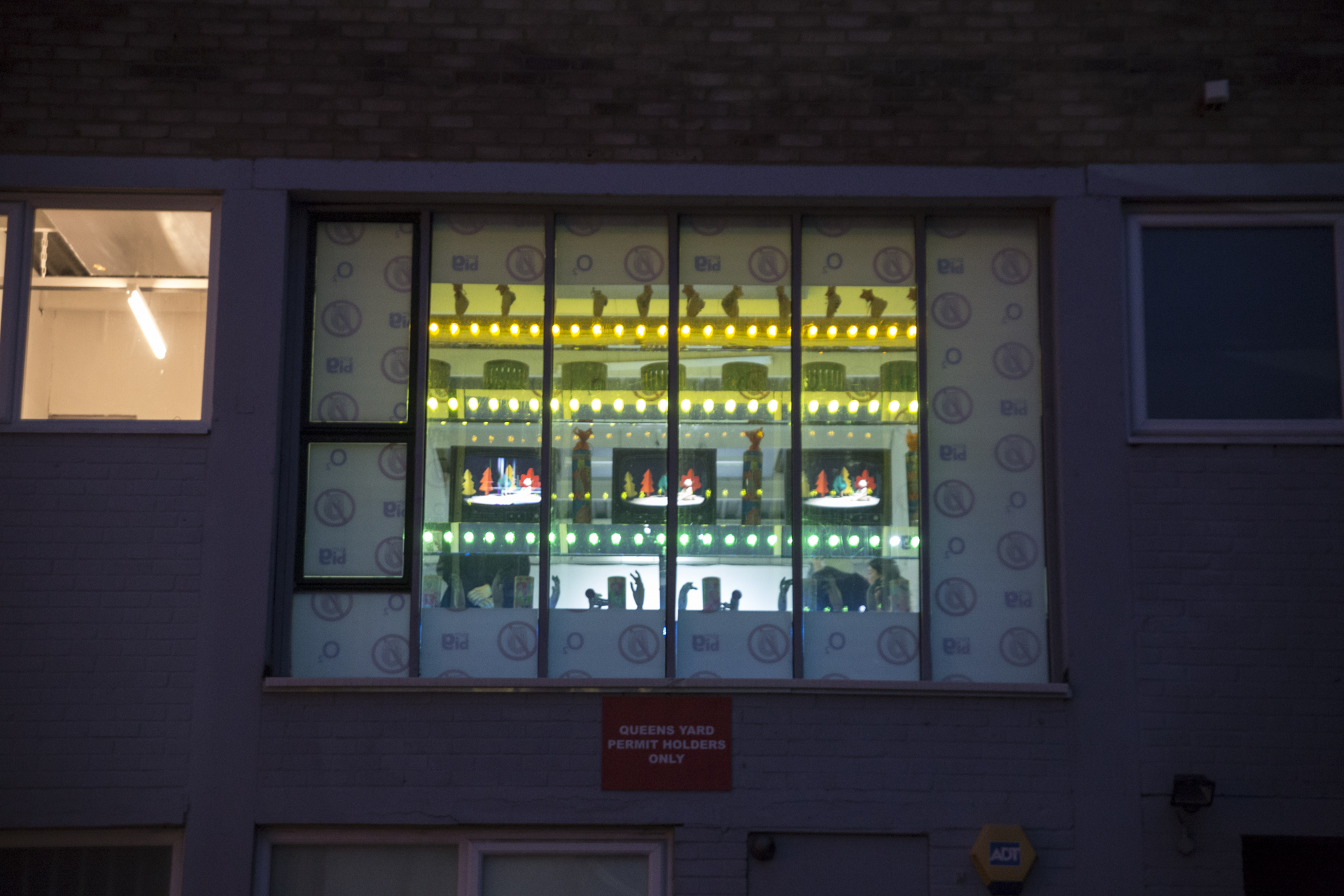 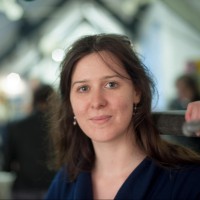 Kirsten Hawkins is a linguist, writer, marketer and artist from Liverpool, UK. She firmly believes art should be at the reach of all, and enjoys writing in a way that makes this world accessible and non-pretentious. Her work has previously appeared on Digicult.it and Art in Liverpool, where she has mostly reviewed contemporary and digital arts as well as speculative design and photography.