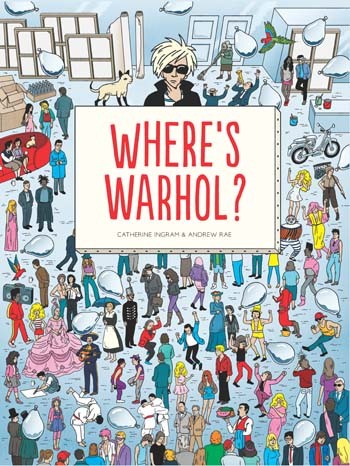 A new book by Laurence King titled Where’s Warhol, has the pop artist traveling throughout different iconic moments in art history, ranging from Michelangelo working on the Sistine Chapel to Jean-Michel Basquiat painting the streets of New York. Obviously aping Where’s Waldo, readers are challenged with finding Warhol juxtaposed among other people throughout 12 separate settings. In addition, notable historical characters including celebrities from the ’70s at Studio 54 to famous Modernists during the Bauhaus movement are all chronicled in the illustrations. Each scene was carefully recreated by art historian Catharine Ingram to ensure accuracy and illustrated by artist Andrew Rae. The book is available to pre-order now and will be available to purchase starting May 3.