On the trail of the lost bulls: art detectives who track down missing public treasures - FAD Magazine
Skip to content 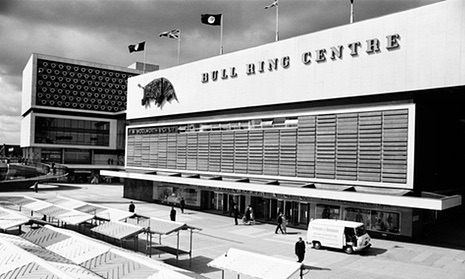 This article titled “On the trail of the lost bulls: art detectives who track down missing public treasures” was written by Vanessa Thorpe Arts and media correspondent, for The Observer on Saturday 30th January 2016 21.01 UTC

All the background work should be done. Yet with days to go until the opening of an exhibition showcasing recovered public art, curator Sarah Gaventa is receiving tantalising emails and chasing down clues.

Shivering once again in a dank room full of cardboard and mouse droppings, she has only hours left to find evidence that may lead her to a missing treasure – a major lost piece of art commissioned by the public, for the public.

Much of the detective work carried out by Gaventa and exhibitions manager Tamsin Silvey for Historic England’s first major exhibition, Out There: Our Post-War Public Art, has been conducted online. But there have also been plenty of trips like this, out to see mystery boxes in lockups, or to poke through disorderly artists’ studios for mislaid catalogues, or to meet descendants of the late grandees of British sculpture.

“There have been a lot of damp garages, but I’ve also enjoyed cake and tea in some fascinating homes stuffed full of goodies I then asked to borrow. In one private collector’s house I was even offered a morning Martini. I opted for white wine,” said Gaventa.

Gaventa and Silvey are racing against the clock to put together the exhibition, which opens in Somerset House, London, on Wednesday. The idea for Out There started small. It was a neat way to promote the growing understanding of the value of the art commissioned by institutions or local authorities. But when an appeal for information on missing or unidentified works went out last autumn, the reaction was unexpected. “It became apparent that there was a big story to tell, so we decided to move the show to Somerset House. It has gone from a 500 square feet show to 5,000 square feet,” said Gaventa.

Sixteen-hour days over the past five months have been filled with buying up original catalogues and guides and then with poring over documents in the Royal Institute of British Architects’ archive at the V&A or following leads provided by the 20th Century Society and the Public Monuments and Sculpture Association.

“We’ve had months to do what should have taken years. Each time we followed up something, the trail went cold. To me it now looks like sheer carelessness how much has been lost to the nation,” said Gaventa.

On the curator’s mind last week was Astonia, an elusive metal sculpture by Royal Academician Bryan Kneale, which, back in 1972, stood proud in the grounds of a Leicestershire school.

“I’m upset about it,” said Gaventa. “We worked out which school it was in Market Harborough, and so I rang to speak to the facilities manager, because they really know what has gone on in a building. He was a nice man and knew it had gone to auction. He didn’t know what it was called, nor why it was made. It is understandable; if you have no connection to a work, then you can’t recognise its value. He told me the children used to call it ‘the broken glasses’.”

The artist, now 85, believed it was still at the school, but the headteacher had sought permission to sell it. “These works become vulnerable after 40 years or so, but I can’t help feeling, since it was bought with public money, there must be somewhere in Leicestershire that could do with it,” said Gaventa.

It was sold for £360; less than its scrap value. “I told the facilities manager it was worth more like £30,000 and he said they could have mended the school roof with that,” recalled Gaventa.

When Historic England can save a “homeless” work from such a fate, the aim is to “upcycle” it by finding a new public site: important, Gaventa argues, in this cash-straitened era.

Among the big prizes on her hitlist are London’s Festival of Britain Skylon, Barbara Hepworth’s stolen work, Two Forms (Divided Circle), and items from Birmingham’s past; the four bulls that adorned its Bull Ring and the King Kong that stood in the gardens nearby.

“We tried to borrow King Kong, but were told he is in retirement in Penrith, Cumbria, which is a shame. We’re also trying to find a bull in time and are waiting to hear if we can have access to where it’s been spotted,” said Gaventa, adding that she hopes freshly unearthed exhibits can join the exhibition later. “I am on the trail of another piece from the Festival of Britain which I now think is in Australia,” she said.

The Observer has learned that among the 120 exhibits, including letters and ephemera, are two huge artworks rescued by the public. The first of these is a fibreglass relief mural saved from a supermarket in Falmouth by Nick Dobson, a local designer. It is the first thing exhibition visitors will see – all 15 metres of it.

“I’m a magpie,” said Dobson, “and I spotted it and went to talk to Falmouth council, where one councillor said: ‘You either love it or you hate it, and I personally feel it has no artistic value.’?”

The mural’s creator, Paul Mount (1922-2013), studied at the Royal College of Art and then went to Africa, returning to set up a studio in Cornwall in the 1960s. Seven years ago, when the supermarket was bought by Sainsbury’s, Mount’s artwork was earmarked for removal. Dobson failed to get it listed, but saved 60 panels from the skip.

The second star treasure, snatched from the path of the wrecking ball by anaesthetist Dr Tim Walker, is New Horizons, a concrete mural made by Trevor Tennant (1908-1980) in 1963 for Britain’s first NHS hospital in Welwyn Garden City. “The hospital, the Queen Elizabeth II, was closing in a merger,” said Walker, who dismantled the mural and stored it under a library staircase. “As a result of this huge project, and the fact the mural was largely hidden by vending machines, it was low priority. I couldn’t stand by and see it destroyed, so asked if I could have it.”

The words of Tennant in 1943 make the inclusion of his mural in next week’s show particularly apt. “There are tremendous opportunities opening up today for painting and sculpture in places where people meet,” he said, “and it is my firm belief that the artist would be thankful for the opportunity to work at something with a real social meaning, at a reasonable living wage.”

Gaventa believes that the show is timely: “There’s a lot of goodwill out there, but what we need now is a sort of fostering service for homeless artworks.”

She and Silvey are helped by enthusiasts such as Dawn Pereira, who is an expert on London’s postwar public art, and groups such as the Pangolin Gallery and Harlow Art Trust. “There is more out there, hidden in railway arches, I am sure,” said Gaventa, who also suspects that many “lost” murals were simply painted over.

“It has been exciting, a real privilege,” she said. “I am still waiting for a Howard Carter moment, but I believe it will come!”