The largest display of Andy Warhol’s work to come to Melbourne sits alongside world-first new commissions by one of the most significant contemporary artists and activists of our time, Ai Weiwei, in Andy Warhol | Ai Weiwei, which opens to the public tomorrow Friday 11th December at NGV International. 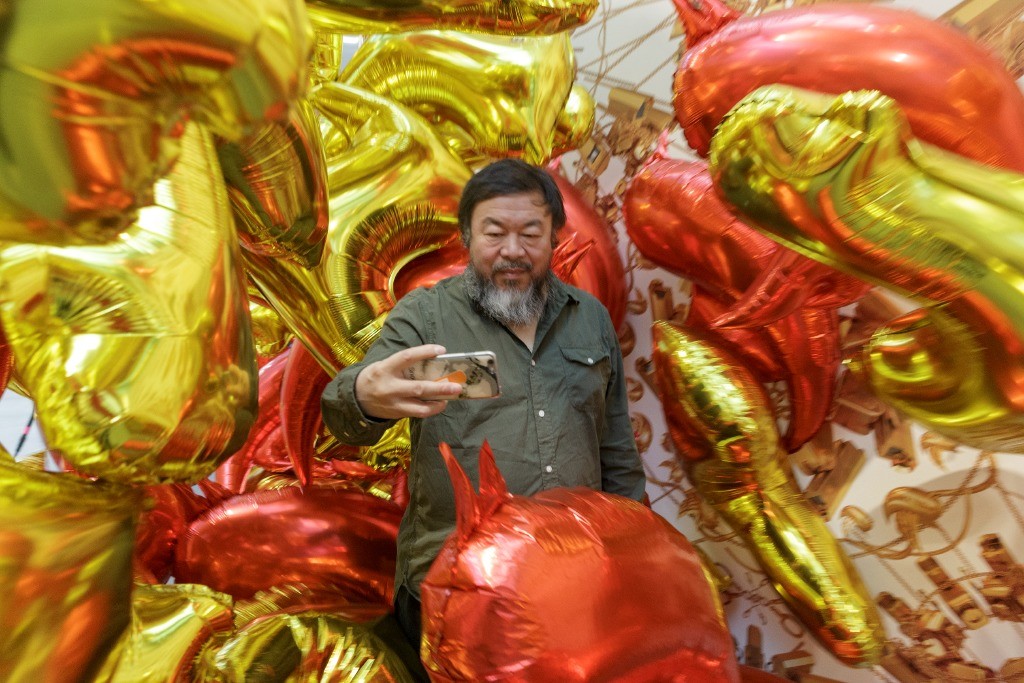 In the largest international exhibition in the NGV’s history, rare and never-before-seen Warhol works and five world-first new commissions by Ai Weiwei were revealed to the media today with Ai Weiwei in attendance. 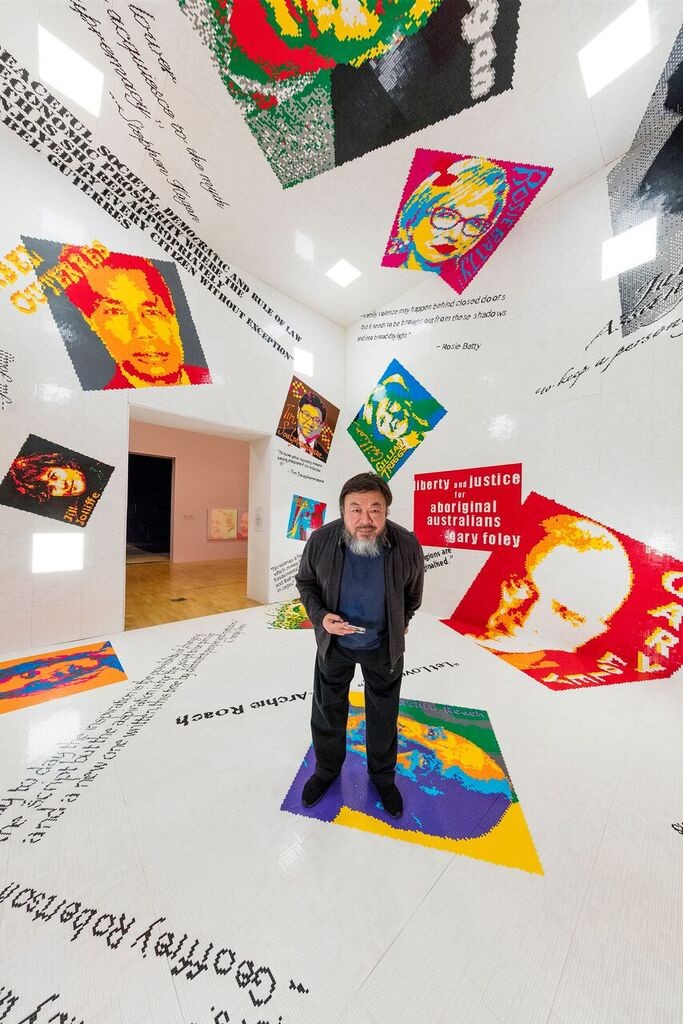 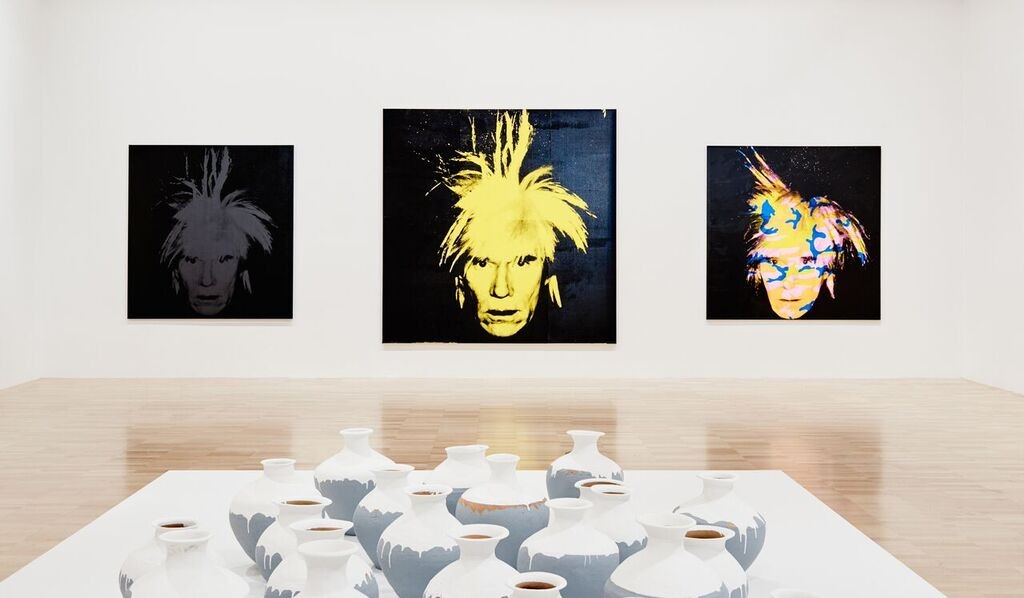 In the past weeks a team of almost 100 local volunteers and arts students constructed the portraits on Weiwei’s behalf.

The work attests to Ai Weiwei’s long-standing commitment to freedom of expression and human rights, which is variously manifest in his work as an artist, social commentator, activist and public intellectual.

These works sit alongside spectacular new works by Ai Weiwei such as an installation of 1500 bicycles from his Forever Bicycles series, a sparkling five metre-tall work from Ai’s Chandelier series of crystal and light; Blossom, a new installation in the form of a large bed of thousands of delicate, intricately designed white porcelain flowers; and Caonima Balloons and Bird Balloons, 2015, a new floating inflatable work developed by Ai Weiwei in response to Andy Warhol’s Silver Clouds 1966. 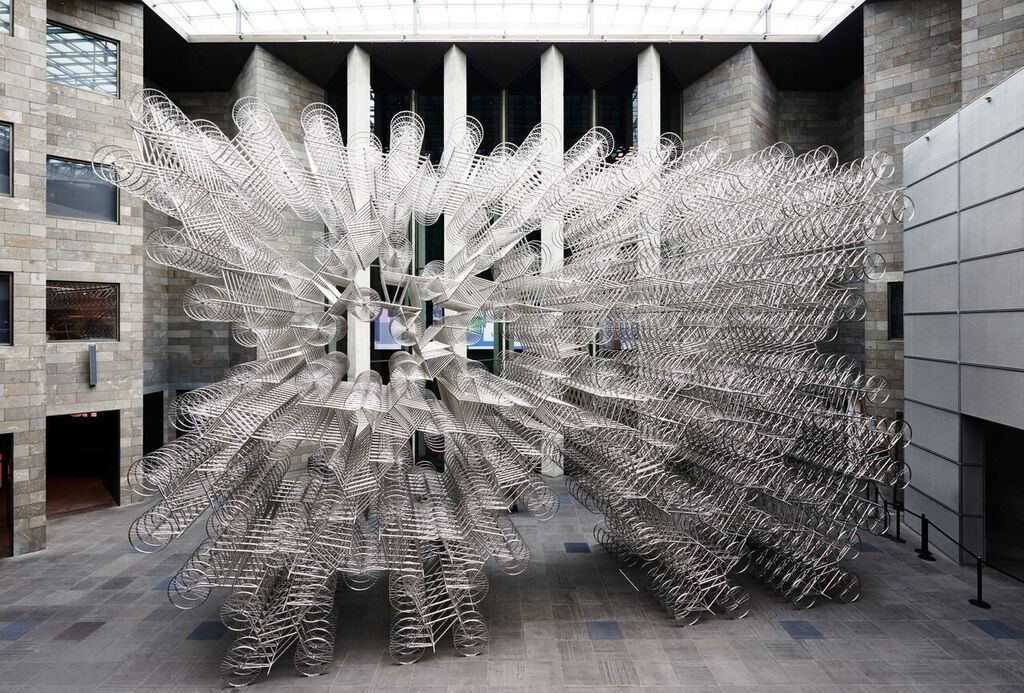 The bicycle that stood outside Ai Weiwei’s Beijing studio for 600 days, signifying his inability to travel, will be displayed for the first time in the exhibition Andy Warhol|Ai Weiwei. The installation, titled With Flowers 2015, was first placed outside the studio gate on 30 November 2013 had a fresh bouquet of flowers placed in the basket each morning for the benefit of surveillance cameras, until Ai’s passport was returned on 22 July this year. For the exhibition, a fresh bouquet of flowers will be added each day in honour of those whose liberties are still restricted.

Andy Warhol|Ai Weiwei also presents over 200 of Warhol’s works in the largest presentation of the artist’s work to come to Melbourne. Many of Warhol’s most celebrated works will be feature including paintings and silkscreens such as Campbell’s Soup, Mao, Elvis, Marilyn, Flowers, Electric Chairs, self- and celebrity portraits, Skulls and Myths series; early drawings and commercial illustrations from the 1950s; sculpture and installation, including Brillo Soap Pads Box 1964, and Silver Clouds 1966; films such as Empire 1964, Blow Job 1964, Screen Tests 1965, and the expanded cinema installation Exploding Plastic Inevitable 1966-67, among others from Warhol’s extensive filmography. The exhibition also brings together a wide range of photography including more than 500 Polaroids documenting Warhol’s social milieu, alongside music and publishing; and rarely, and in some cases never-before-seen, photographs and illustrations. 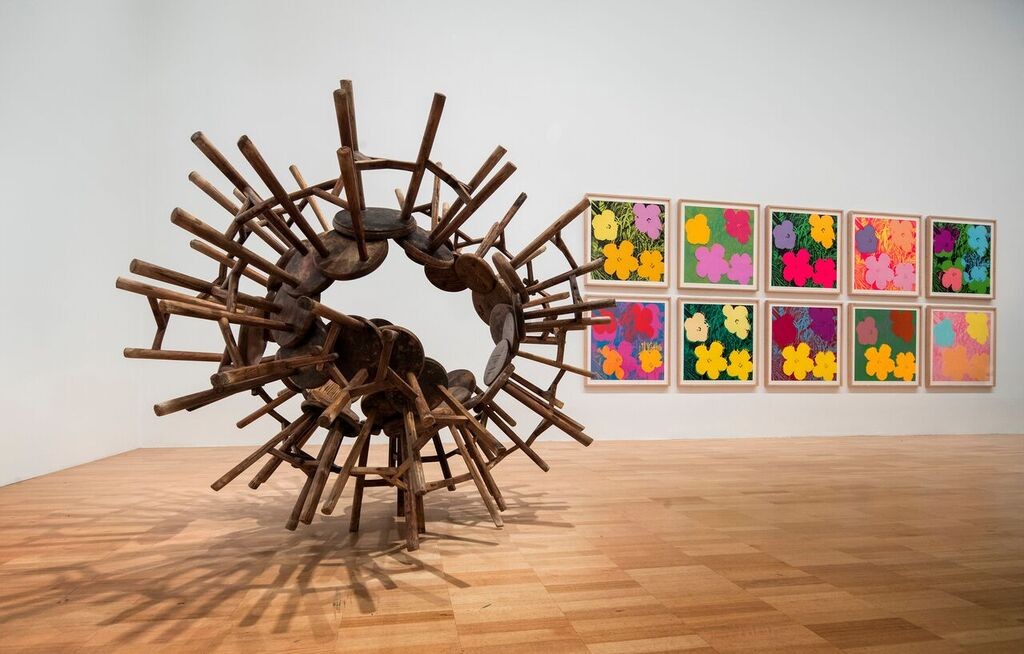 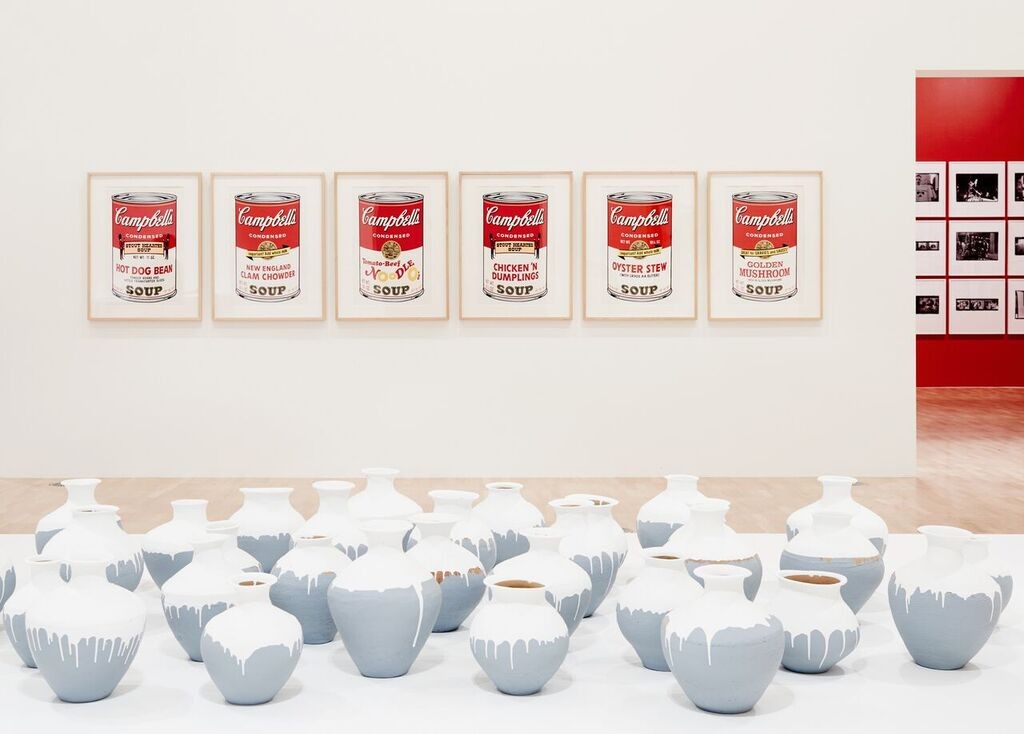