‘ Over his ten years as a sculptor, [Yiming Min has] painstakingly rebuilt a world with innumerable facets, reminding everyone about the power of the mind.’

Entitled Therefore, the exhibition is comprised of a large-scale installation, sculptures and a suite of paintings executed in oil, all of which have been inspired by the environment around the artist’s studio. While located in a valley full of trees and wildlife in Xiamen, a bustling port on China’s southeast coast, the studio is also just 100-meters from the city, allowing Yiming Min to examine what he describes as ‘the coherence of perception between humanity and natural world’. 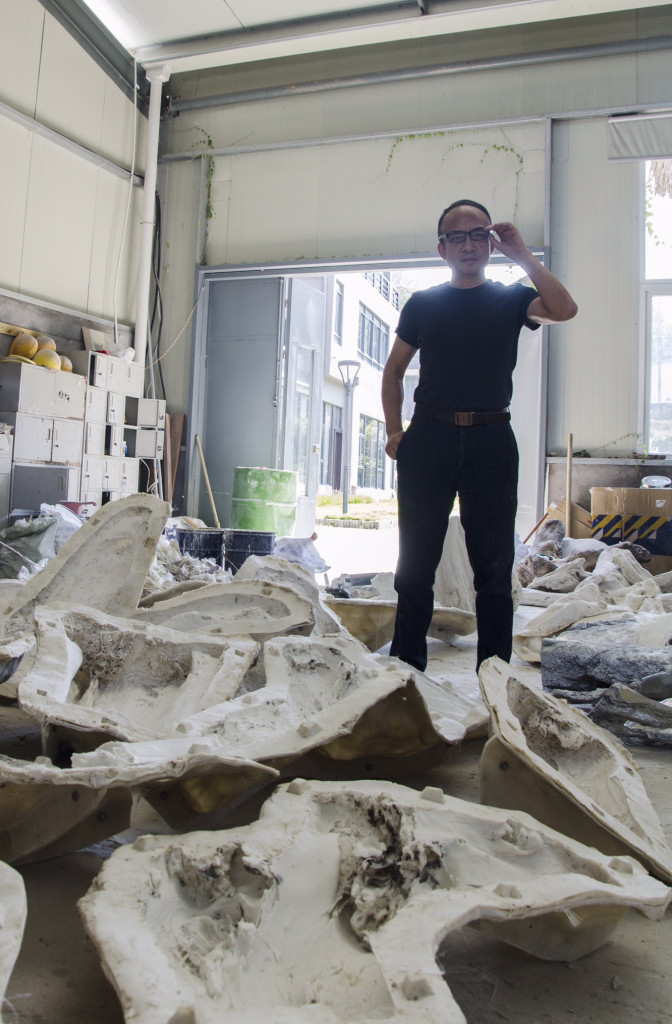 The installation, Untitled, 2015, features a large black polythene sheet made up of waste disposal bags. This drapes from the ceiling, cascading down and over a bed of leaves; arranged around this are recording what the artist describes as ‘the vicissitudes of life’.

The five sculptures continue the theme of man’s symbiotic connection with the natural world. Again Yiming Min uses wood found around his studio, casting this in copper and painting it sky blue. Playing with textures, and creating opposites, the outer part of the sculpture shows the gnarled, time-worn bark; the inside however is machine polished. 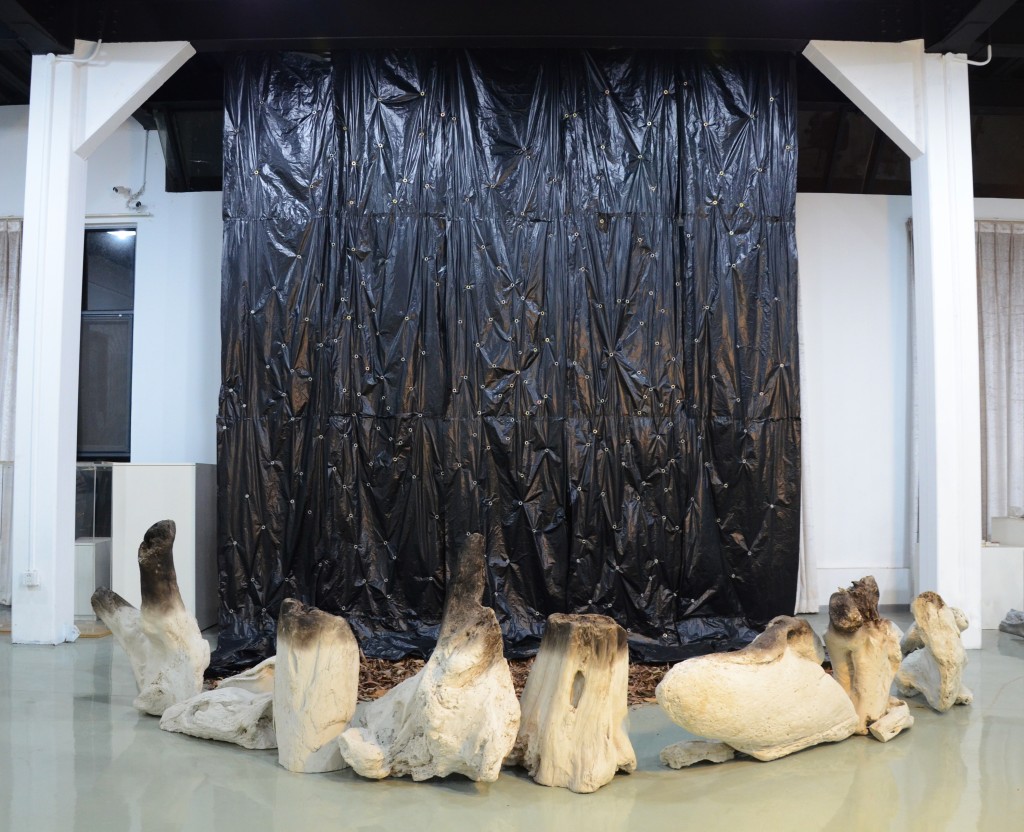 Meanwhile, the show’s three large-scale paintings combine the naturalism with mystery. How to Compose a Poem, 2015, is typical. The canvas, which is perforated with tiny holes, shows what appears to be a swirling cloud formation. However, while possessing beauty in it itself, the bruised purples and acidic yellows conspire to create an underlying menace, a tempest brewing or perhaps an ecological disaster?
Yiming Min’s work has been shown widely across the world – recent solo exhibitions include the 759 Square Feet at the Hong Kong Contemporary Art Museum, Beijing (2012)., and Mention This Moment, which was staged at Espace Pierre Cardin Paris, France (2014). In addition to numerous other shows dating back to 2004, the artist has created many award-winning public sculptures, including major commissions in China and France. Therefore precedes further presentations of Yiming Min’s work in a series of exhibitions across different countries offering the chance to witness first hand the artist’s extraordinary range and unique vision.

To mark the exhibition an event, featuring a talk with Yiming Min, the curator Fei Dewai and Stephanie Dieckvoss will be held at the Hugh Casson Room at the Royal Academy of Arts on December 8th, 6.30 – 8pm.

About VeryArtSpace:
Co-founded by Yan Chen and Christophe Ménager, Very Art Space is specialized in the conception, conduct and organization of artistic and curatorial projects in France and internationally, especially with China. It is a simple and reactive structure conceived to represent, defend and promote Chinese and international contemporary artists, emerging or recognized, through the implementation of a program in collaboration with major Chinese institutions and a strong network of private and institutional partners. Originally inspired by the model of nomadic gallery, it also takes the mobility choices thus meeting the new challenges of the art market, while offering artists the opportunity to engage themselves each time in a different place, adapted to their needs. Its curatorial line is centred on artists questioning the medium and the object through their form, their architecture, their subject and always in the social or political sense. VAS France: 14, rue Charles V 75004 Paris, France www.veryartspace.com 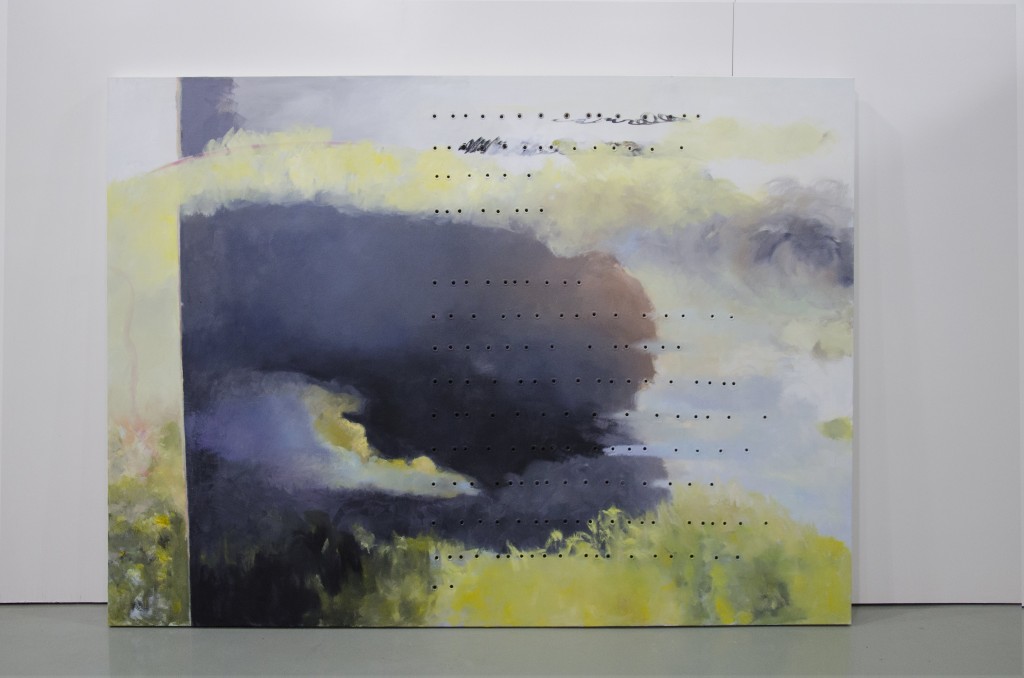 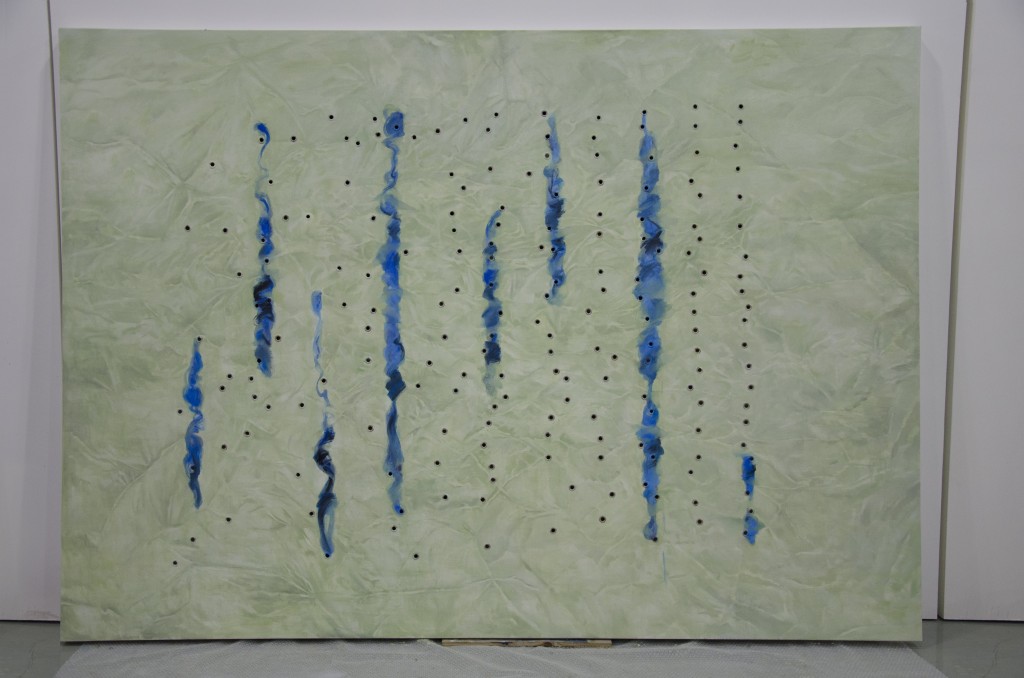 INTERVIEW: We caught up with Chinese Artist Jacky Tsai ahead of his solo show FUTURE PAST @FASLondon