Hauser Wirth & Schimmel L.A is opening with ‘Revolution in the Making: Abstract Sculpture by Women, 1947 – 2016’, at their new complex in the heart of the downtown Los Angeles Arts District. The will be presenting nearly 100 works made by 34 artists over the past seventy years, their aim is to trace the ways in which women have changed the course of art by deftly transforming the language of sculpture since the postwar period. 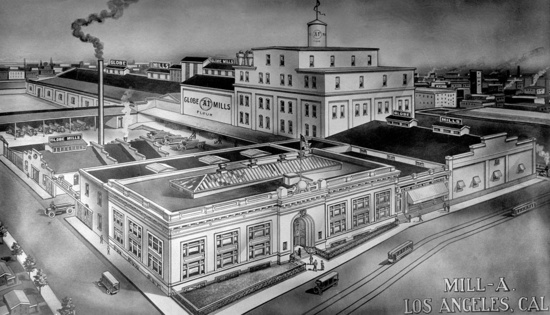 ‘Revolution in the Making’ includes many works on loan from nearly 60 major American museums, private collections, and artists’ estates, as well as new sculptures commissioned for the exhibition. The show will be accompanied by a fully illustrated catalog published in collaboration with Skira. This book will include original contributions by Jenni Sorkin, as well as Elizabeth A. T. Smith, former chief curator of the Museum of Contemporary Art, Chicago and current Executive Director of the Helen Frankenthaler Foundation; and Anne M. Wagner, art historian, critic, and Professor Emerita, Modern and Contemporary Art, University of California, Berkeley.

Feminism changed the course of 20th century art by altering the very notion of what art could be. Hewing to more sensuous materials and the intimate processes of the handmade, women sculptors began to articulate a female sensibility in their work, shifting the dialogue and laying the foundations for a revolution. The late 1940s and 1950s saw women asserting their own content into the formal geometries of post-war abstract sculpture. The collision of Post-Minimalism and feminism in the 1960s and 1970s witnessed women making their boldest breakthroughs and pioneering a ‘no going back’ course for subsequent generations of the 1980s, 1990s, and beyond.

To explore the story of these radical shifts and their legacy, ‘Revolution in the Making’ unfolds as a thematic historical survey that is international in scope and fundamentally revisionist, making women artists central to the history of sculpture by tracing the legacy of studio-based organic abstraction. Their collective innovation – their pioneering of new forms, materials, and processes – has been far more influential than has been previously understood or recognized. While the individual contributions of such artists as Louise Bourgeois and Eva Hesse have been widely acknowledged, ‘Revolution in the Making’ offers a narrative that includes many other artists who have contributed to the evolution of abstract sculpture through their working methods and materials. The exhibition moves chronologically, comprising dozens of works by 34 sculptors of different generations and points of origin, evidencing remarkable variety in thought, approach, and purpose. But all of the sculptures included in ‘Revolution in the Making’ – from the overt to the enigmatic, the purely formal to the concertedly psychological, the self-contained to the enveloping – are connected by materiality, expressiveness, and tactility, and through the autonomous labor of the artist in her studio.

‘Revolution in the Making’ begins in the immediate post-war era with the historically important predecessors Ruth Asawa, Lee Bontecou, Louise Bourgeois, Claire Falkenstein and Louise Nevelson. Spanning the late 1940s through the early 1960s, these works examine abstraction based upon oblique evocations of the fragmented body and the influence of the unconscious, with seriality and repetition emerging as essential idioms of a new sculptural language. Among highlights here are an extraordinary grouping of Bourgeois’s ‘Personage’ sculptures made in New York and first seen at the Peridot Gallery in 1949. They are juxtaposed with a dramatic installation of a dozen of the most significant hanging looped wire sculptures made by Ruth Asawa. Also on view are bas-relief works by Lee Bontecou, whose use of the void within welded armature achieves a highly original representation of the body, showcasing an aggressive physicality in a shallow space.

‘Revolution in the Making’ continues with the decades of the 1960s and 1970s, and includes works by Magdalena Abakanowicz, Lynda Benglis, Heidi Bucher, Gego, Françoise Grossen, Eva Hesse, Sheila Hicks, Yayoi Kusama, Mira Schendel, Michelle Stuart, Hannah Wilke, and Jackie Winsor – Post- Minimalist artists who ignited a revolution in their use of process-oriented materials and methods. Instead of vehicles of meaning, these sculptors produced forms that celebrate techniques of making and a one-to-one relationship with materials within the private sphere of the studio. Sculptures in this section of the exhibition evidence a strong sense of materiality through stacking, layering, cutting, draping, rubbing, gouging, and other tactile processes as means of conveying presence and a sense of their makers’ being-in-the-world. These works are characterized by striking – and, ultimately, enduringly influential – formal innovations, including the appropriation of unconventional industrial materials like latex and rope, organic and natural materials like saplings and earth, and ephemeral materials like wax and paper.

Among highlights here are two renowned late monumental works by Eva Hesse: the latex and canvas floor work ‘Augment’ and the four-part wall piece ‘Aught’, both created in 1968. These daring and powerful sculptures question the liminal space between painting and sculpture, with Hesse using the armature of the wall and the floor to layer, wrap, cover, and engage space, chance, indeterminacy, and the potency of matter in flux. The two sculptures were first shown in tandem in the legendary exhibition, ‘9 at Leo Castelli’ (1968), curated by artist Robert Morris; the inaugural exhibition at Hauser Wirth & Schimmel reunites them for the first time. Also reunited are Sheila Hicks’ saffron-colored linen and wool ‘Banisteriopsis’ (1965 – 1966) and ‘Banisteriopsis II’ (1965 – 1966 / 2010). Hicks, like Hesse, attended Yale and moved from color theory and drawing into three-dimensional work; by the early- and mid-1960s, Hicks was actively exploring strategies of layering, stacking, folding, and weaving. 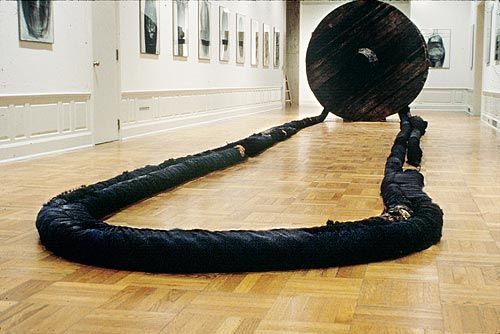 Magdalena Abakanowicz’s massive 1973 ‘Wheel with Rope’, an aggressive sculpture made of found industrial materials, contrasts with defining 1970s ‘pour pieces’ by Lynda Benglis, who solved the riddle of how to translate gestural abstraction into sculpture by engaging walls and floors in a suggestive violation of spatial conventions. Also here is a large grouping of Hannah Wilke’s ‘blossoms’, which reverberate with nearby works by Mira Schendel and Gego, European émigrés whose delicate sculptures reinvented the notion of drawing as a spatial celebration of the artist’s one-on-one relationship with her materials.

In one of the most dramatic gestures of ‘Revolution in the Making’, Jackie Winsor’s soaring ‘30 to 1 Bound Trees’ stands at the center of Hauser Wirth & Schimmel’s sprawling outdoor courtyard, an architectural hub where key galleries of the complex converge and connect. Winsor’s 20 foot-high mast of white birch saplings and hemp rope, originally created in 1971 at the Nova Scotia College of Art and Design and recreated for the first time in its original form for ‘Revolution in the Making’, anchors a space that is both a physical and psychological orientation point, a destination and an intersection.

The exhibition continues with works by Isa Genzken, Cristina Iglesias, Liz Larner, Anna Maria Maiolino, Marisa Merz, Senga Nengudi, Lygia Pape, and Ursula von Rydingsvard – a Post-Modernist generation of increasingly global figures who are far more expansive in their use of space, and whose works signal a foundational shift from discreet sculptural objects toward more installation-based practices. These women have focused upon dimensional forms as alternatives to the criticality of the feminist gaze conveyed in other media. Co-curator Jenni Sorkin has written, ‘Somewhere in the 1990s, the artist in her studio took a permanent backseat to the politics of assertion: the declarations of race, sexuality, and class. ‘Preciousness’ became a term used to denigrate abstraction. And yet the qualities it implied were arguably symptomatic of abstraction: a sensitivity to objects, and the disquieting intensity devoted to the process of making them.’

Artists in this passage of ‘Revolution in the Making’ engage space more aggressively in order to work through questions of structure and materials, drawing performance, social critique, and previously untried mediums into their sculpture. Collapsing the intimate and the monumental, Ursula von Rydingsvard’s carved cedar ‘Untitled (Nine Cones)’ (1976) is an ideal example of these eliding agendas. Other highlights here are an array of Isa Genzken’s miniature concrete building-like works from 1986 – 1990; and exceptional translucent wire and metallic string works by Marisa Merz and Lygia Pape, revealing their makers’ respective quests for transcendence through abstraction. The space in which the viewer exists becomes immersive and inclusive as sculptures move away from being self-contained objects, expanding rather than consolidating.

‘Revolution in the Making’ concludes with a new generation of sculptors, including numerous works commissioned for the exhibition. Phyllida Barlow, Karla Black, Abigail DeVille, Sonia Gomes,Rachel Khedoori, Lara Schnitger, Shinique Smith, Jessica Stockholder, and Kaari Upson create immersive, color-drenched environments that embrace domestic materials and craft as an embedded discourse, boldly eliminating material hierarchies. Color is introduced in a way that is riotous and painterly. Eschewing the armatures and supports employed by previous generations, the sculptures here do not make form their subject. And at a time when so much art is mechanically fabricated and editioned, these works defy the perceived limitations of studio-based sculpture and celebrate the enduring power of the handmade.

The most recent works build upon the legacy of previous generations. Here visitors will recognize an amalgam of influences from the women artists who came before: The knotting, weaving, piling, and slumping of earlier eras have expanded into forest-like installations redolent of contemporary urban experience. Recycling has become the craft tactic of the present. Nengudi’s pantyhose have been replaced by Karla Black’s lip liner and pulverized eye shadow; Shinique Smith’s shredded clothing and ribbons kiss a wall that Lynda Benglis would once have violated with a tumbling waterfall of poured and cast aluminum; and Jessica Stockholder’s agglomerations feature un-sturdy metal protrusions that evoke the legs of Genzken’s concrete works of the 1980s.

Perhaps most significant of all, the discreet human body – a central preoccupation of women abstract sculptors in earlier decades – has now disappeared. In its place, the artists in the final section of ‘Revolution in the Making’ offer an empty space for the viewer’s own body. Moving through, under, around, and within these new sculptures, the visitor becomes partner and participant in the continuing quest to articulate the female experience through art.

‘Revolution in the Making’ is co-curated by Paul Schimmel, former chief curator of the Museum of Contemporary Art, Los Angeles, and current Partner and Vice President at Hauser & Wirth; and Jenni Sorkin, art historian, critic, and Assistant Professor of Contemporary Art History at the University of California, Santa Barbara.

About Hauser Wirth & Schimmel
Open to the public from 13 March 2016, Hauser Wirth & Schimmel is a new destination at 901 East 3rd Street, in the heart of the burgeoning Downtown Arts District of Los Angeles. The gallery occupies the restored Globe Mills complex, an abandoned group of interconnected late 19th and early 20th century buildings and outdoor spaces that have been adapted by Annabelle Selldorf, Selldorf Architects, in association with Creative Space, Los Angeles. Here visitors will discover innovative exhibitions devoted to modern masterworks and important contemporary art, as well as public programs and educational activities that contextualize the art on view for diverse audiences.

Hauser Wirth & Schimmel will complement its exhibition program with a bookstore; a publications lab; a bar and restaurant featuring seasonal fare and locally-sourced produce; a garden; commissioned permanent works of art that engage the architecture of the place; and outdoor areas for quiet contemplation and informal gathering.

Hauser Wirth & Schimmel is the sixth location of Hauser & Wirth. 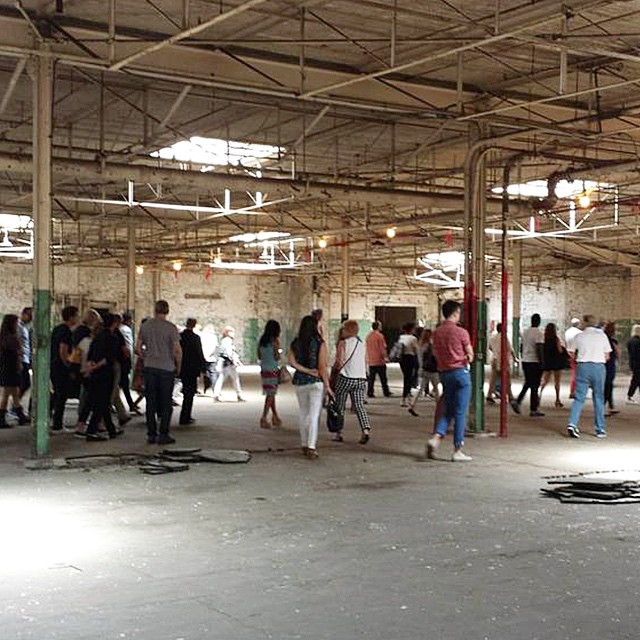