Sadie Coles opens her new space at 1 Davies street tonight with a Rudolf Stingel exhibition where he presents a new group of paintings. The exhibition spans this location and the existing space at 62 Kingly Street. 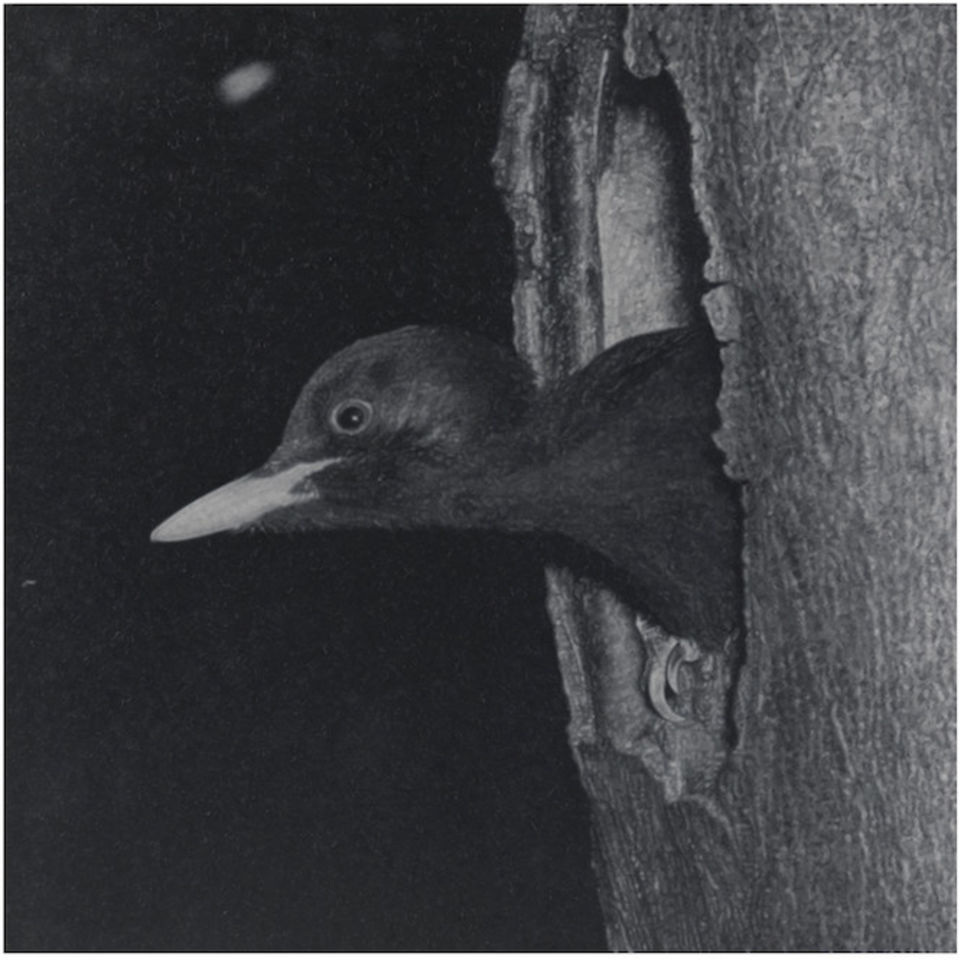 In six identically- sized square canvases, Stingel examines painting’s capacity to translate and transform a photographic image, dilating a split-second moment into a meditation upon time and memory.

From the press release:

The works depict animals glimpsed in natural settings – a pair of birds, a fox, a fish, or a woodpecker extending its head from a hole in a tree trunk – each reproduced in the subdued grisaille or faded colour of Stingel’s photographic sources. He magnifies the period snapshots to imposing yet incongruous proportions, accentuating their compositional quirks and surface imperfections through an exacting and dispassionate technique.

?Beneath the guise of generic wildlife images, Stingel’s subject matter has a specific historical and geographical origin. The photographs derive from a vintage German calendar – each month accompanied by a different animal from the regional landscape. Just as the pictures marked time in the pages of the calendar, they serve in Stingel’s canvases to articulate painting’s own durational or temporal character. His seemingly ‘photorealist’ technique reveals itself – from a close distance – as a fine system of accrued brushstrokes that attest to the slow manual construction of the picture, holding the subject matter at a remove while endowing the surface of the work with a textured physicality. This impasto ‘surface interference’ also recalls Stingel’s creation of inscribed or imprinted surfaces in abstract works, whether the seminal gauze paintings, Styrofoam reliefs, or the literal fragments of trodden carpet that he has transposed onto walls. As with those works, the marked surface speaks of the arbitrary, cumulative effects of time.

Echoing an earlier series of paintings of the Tyrolean Alps (surrounding Stingel’s birthplace in Merano), these works play upon the nostalgic charge of dated photography while retaining a crisp anonymity of content and style. Each picture oscillates between emotiveness and banality. As with Stingel’s paintings of old illustrations of carved saints or of artists photographed in their youth, the power of the ‘original’ subject is complicated by the monochrome veil of photography – deadened and yet invested with a nostalgic aura. The act of painting further amplifies the ambiguity between loss and lingering presence: through his act of meticulous transcription on a grandiose scale, Stingel not only redoubles the photographs’ quality of ‘pastness’, but also imbues their subjects with a contrary sense of immediacy. Indeed there is an unresolvable tension between the vividness of the paintings’ enlarged content, and the accumulated layers of mediation or reproduction that separate that content from the here-and-now. The original image is disclosed and withheld in the same instant, mounting into a metaphor for memory itself.

About The Artist
Rudolf Stingel was born in 1956 in Merano, Italy. He has exhibited internationally, with solo shows including those at Palazzo Grassi, Venice (2013); Secession, Vienna (2012); and LIVE at the Neue National Galerie, Berlin (2010); and a major retrospective at the Museum of Contemporary Art, Chicago and the Whitney Museum of American Art, New York (2007). Other major solo shows include those at the Museum für Moderne Kunst, Frankfurt (2004) and the Museo d’Arte Moderna e Contemporanea, Trento, Italy (2001). His work has featured in group shows such as Picasso Mania, Le Grand Palais, Paris (2015); NYC: 1993, New Museum, New York (2013); Lifelike, Walker Art Center, Minneapolis (MN) (2012); Mapping the Studio: Artists from the François Pinault Collection, Palazzo Grassi, Venice, Italy (2009); Day for Night: Whitney Biennial 2006, Whitney Museum of American Art, New York; and Universal Experience: Art, Life, and the Tourist’s Eye, Museum of Contemporary Art, Chicago (2005, travelling to the Hayward Gallery, London). His work was included in the 2003 and 1999 Venice Biennales. Rudolf Stingel lives and works in New York and Merano, Italy.