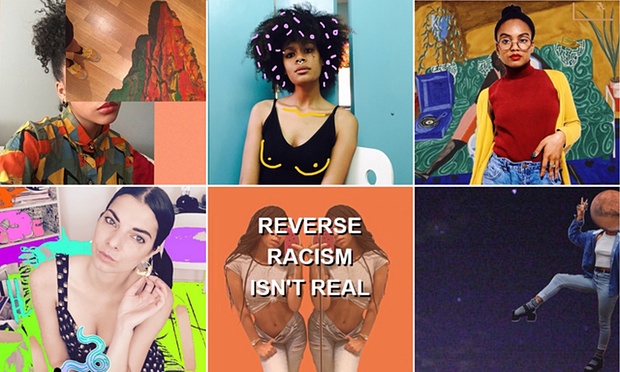 This article titled “#Arthoe: the teens who kickstarted a feminist art movement” was written by Nell Frizzell, for The Guardian on Wednesday 19th August 2015 17.15 UTC

‘Ho’ was claimed by black people, and over the years it’s been used so loosely it’s become trivialised

Mars, a 15-year-old gender-fluid artist (and contributing a photographer for the popular teen-girl website Rookie), is one of the co-founders of a movement whose name is as much cause for offence as celebration. Mars argues that this is precisely the point. “‘Art hoe’ or ‘art ho’ is a term used by me and my co-founder Jam to empower and uplift participants of colour in this movement,” Mars tells me via Skype. “‘Hoe’ is AAVE (African American Vernacular English) and is normally a derogatory way to refer to women – especially black women – as being promiscuous, within the male gaze. Using the term in an arbitrary way diminishes its harmful origin in light of something better.” Mars talks like this throughout our conversation – part academic, part teenager, shifting between the language of intersectionality and slang LOLs.

For a movement with such a supportive ethos – Mars and Jam try to reblog every submission they’re tagged in – why did they choose such a potentially offensive name?

“‘Hoe’ is derived from whore, which was used against sex workers,” explains Mars. “Then ‘ho’ was claimed by black people, and over the years it’s been used so loosely it’s become trivialised. I have a lot of friends who strip, and they’ve been reclaiming the word. Like, ‘You’re a ho.’ ‘OK, I am a ho’. I’ve never heard ‘art ho’ without the ‘e’ outside my group of friends, but now I’m thinking out loud about how controversial and contradictory it is.” The term was first coined by Babeo, founder of the rap group Barf Troop – @BabeoBaggins on Twitter – and adopted by Jam and Mars to pull together images that touched on their interests: queer culture, gender, identity politics and visual art. It was, Mars says, “a space for people like us” – the proud outsiders who want to express themselves through art.

But they’re not the only ones using #arthoe. “It was getting co-opted by this little group of skinny, frail, white girls,” Mars explains. “To belong in their group you had to have a $100 backpack, a $20 Japanese sketchbook – shit like that. When that came to my attention, we started to fight back and identify as a movement.” The white-girl version of Art Hoe was, argues Mars, offensive and exclusive in a way theirs never was. “It seemed really classist – that you had to have this certain level of wealth. Jam and I are broke. It hurt me, because I don’t have an income like that – I can’t go and buy an expensive DSLR. My mum bought me a camera for $70 on Amazon and that was a lot for us. “People tried to use the ‘angry black person’ stereotype when I called them out on it; telling me it wasn’t a big deal. But it felt like a big deal. People of colour are often denied artistic ability, or the things we birth into the world are stolen by white counterparts. I never intended Art Hoe to be that way.”

Some feminists will still resist the use of a sexualised term like ‘ho’, even if it is with the aim of reclaiming it. Does Mars identify as a feminist? “I’m a womanist. If you’re a woman of colour, or a woman in the LGBT community, you have more things on your back, basically. It’s not just gender for you.” One of those pressures is, of course, academic success. Mars is, I remember, still at school. “When my parents separated, my mum became a single mum, and a lot of the attention shifted on to my academic achievement.” Mars is keen for Art Hoe to be more than just a hashtag with a teen following. “I’m focused on making people happy,” Mars explains. “To tell people of colour they can do whatever they want. Art can change the world. Art is a kind of propaganda. It triggers a reaction in people. Hopefully this can trigger something great.” Later that night, I get a direct message from Mars via Instagram. It is, of course, simply this: 🙂 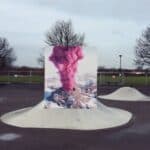 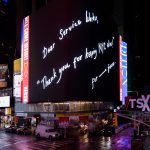 With the proliferation of digital signage technology, visitors should expect to find it an essential element of their visit. The […] 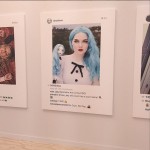 In the age of Instagram, an artist no longer has to worry about looking for an art manager and declaring […]