A major exhibition of works by the late John Hoyland, one of Britain’s leading abstract painters, will be the first show at Damien Hirst’s newly-built London gallery Newport Street Gallery when it opens in October 2015. 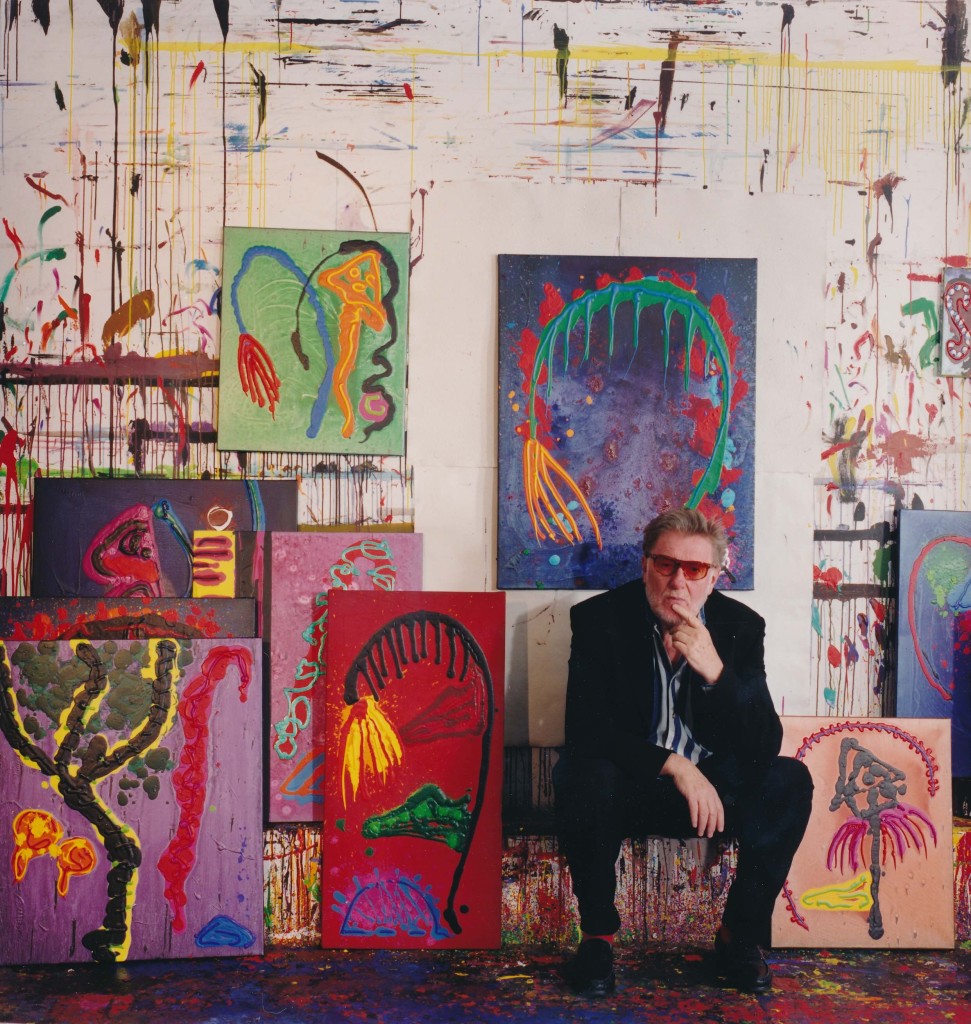 The opening of Newport Street in Lambeth, south London, is the realization of Hirst’s long-held ambition to find a permanent space in which to share his diverse art collection of over 3,000 works – known as the Murderme Collection – with the public.

The show, titled ‘Power Stations’, opens on October 8th and will run for six months until April 3rd, 2016. Spanning a formative period in Hoyland’s career, which includes his first solo museum exhibition at Whitechapel Gallery in 1967, the work is drawn entirely from Hirst’s own carefully amassed collection of Hoyland paintings from the years 1964 to 1982. Occupying all six of the gallery spaces that make up Newport Street, entry will be free – as it will be for all the Gallery’s exhibitions.

The Hoyland exhibition sees Hirst revisit his roots as a curator, a role that helped launch his career and the careers of many of the group that collectively became known as the Young British Artists (YBAs) when he conceived and organized the famous Freeze exhibition in London in 1988

John was absolutely over the moon that Damien was passionate about his work, and I’m just so pleased he knew before he died of Damien’s plans to use his work for his inaugural show. It’s a wonderful gesture and I only wish John was with us to see it finally come to fruition. Damien chose the earlier works as those are the ones he grew up with and was inspired by at art college. John, like Damien, couldn’t understand why in Britain we tend to celebrate non-figurative painters from other parts of the world – Rothko et al – but not our own. Why should that be? I think this show is a great riposte on Damien’s part to that viewpoint.’

A photo posted by Newport Street Gallery (@newportstreetgallery_london) on Jun 30, 2015 at 4:33am PDT

About The Artist
Sheffield-born John Hoyland (1934-2011) is considered one of the leading painters of his generation, and the Newport Street exhibition will be the first major show since his death. As an artist who has been variously described as ‘the new Turner’ and ‘Europe’s answer to Mark Rothko’, the show will reaffirm Hoyland’s status as an important and innovative force within international abstraction and provide new insights into the way in which Hoyland’s work evolved from the huge colour-stained canvases of the 1960s, through the textured surfaces of the 1970s to the more spatially complex paintings of the 1980s.

Renowned for his bold use of colour, inventive forms and, more latterly, the three-dimensional quality he achieved with thick layers of acrylic paint, Hoyland was strongly influenced by his experience of American Abstract Expressionism in the late 1950s and 1960s and was friends with many of the acclaimed American artists of the time (including Barnett Newman, Mark Rothko, Robert Motherwell and Helen Frankenthaler). He gained early critical acclaim and went on to win numerous awards, including the prestigious John Moores Painting Prize in 1982. A long-standing and active Royal Academician, he was appointed Professor of Painting at the Royal Academy Schools in 1999.

Although he disliked the term ‘abstraction’, finding it smacked too much of geometry and rational thought, Hoyland was a life-long proponent of non-figurative imagery, in which he saw ‘the potential for the most advanced depth of feeling and meaning’. He believed that ‘paintings are there to be experienced, they are events.’

Art critic Andrew Lambirth wrote that Hoyland’s paintings were ‘abstracts but they are not about absolutes. They are about… very particular emotions, thoughts and feelings dependent upon the act of looking.’

Hirst, who has called Hoyland ‘by far the greatest British abstract painter’, says: ‘In my eyes, John Hoyland was an artist who was never afraid to push the boundaries. His paintings always feel like a massive celebration of life to me.’

Throughout a long and successful career Hoyland was also a committed teacher and, like Hirst, a supporter of up-and-coming artists. Known for his acerbic tongue, he was a bon viveur who enjoyed good wine, beautiful women and great music. Jeremy Hoyland, John’s son, says: ‘My father John Hoyland celebrated life to the full, with a keen wit, fearless integrity, indifference to commercial pressures and a genuine love of life – all of which resonate in his extraordinary body of work.’

Hoyland was also a renegade who constantly pushed at the boundaries of painting – a prime example being his work for his final-year diploma show at the Royal Academy Schools in 1960. Consisting entirely of abstract paintings, it so shocked the RA’s then President Sir Charles Wheeler that it was ordered down from its walls.

Gaining early success, Hoyland exhibited with the influential Situation group in 1960-1 and the New Generation artists at Whitechapel Gallery in 1964. In 1967 he had his first solo museum show at Whitechapel and two years later represented Great Britain at the São Paulo Biennale, Brazil, with sculptor Anthony Caro. His work has since been the subject of retrospectives at the Serpentine Gallery (1979-80), the Royal Academy of Arts, London (1999), Tate St Ives (2006) and was the centre-piece of The Independent Eye exhibition at Yale Center for British Art (2010-11). This will be the first major museum exhibition devoted to Hoyland since his