The Royal Academy of Arts to host a street party , the Burlington Gardens Festival - FAD Magazine
Skip to content

Burlington Gardens will be pedestrianised and the street transformed. Creating a temporary forecourt in front of Sir James Pennethorne’s historic building, a full programme of free activities inspired by the stories of the building will take place throughout the afternoon including performances, talks, workshops and music. 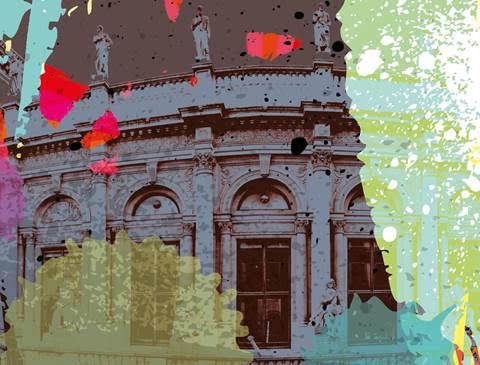 The forecourt will host art installations including new works by RA Schools alumni Rachael Champion and recent graduate Henry Coleman. Inside the building there will be an installation by Graham Gussin, a musical performance by Richard Wilson RA who will send sounds around the dramatic central stairwell, and an immersive sound-movement work Sound Bed by choreographer and dancer Vera Tussing. A special live interactive t-shirt press will be run by YR Store and Epson featuring images by RA Schools students and staff.

Unexpected Hill a new ceramic installation located in Burlington Gardens throughout the summer, will play host to busking-style music and talks including designers and Istanbul-based SO? architects. Tables will be set out along the street with food and drink on offer by artisan producers, Italian delights from Cecconi’s and American food for Independence Day. Print-making and drawing workshops will be run throughout the day with special activities for children.

A temporary hidden link will be opened between Piccadilly and Burlington Gardens occupied by an art installation by RA Schools Starr Fellow Felipe Castelblanco and artist Jonathan Armistead. The rarely seen historic studios of the RA Schools will be opened with an exhibition by Castelblanco presenting his ongoing project The Para-Site School with guest artists Melanie Coles, Serra Tansel and Sheperd Manyika.

The temporary route through the site alludes to the transformative redevelopment of the Royal Academy of Arts which will be completed in time for its 250th anniversary in 2018. The designs, by internationally acclaimed architect Sir David Chipperfield CBE RA, will link Burlington House and Burlington Gardens for the first time by means of a bridge, uniting and revitalising the two-acre site. The redevelopment will open up the essential elements that make the Royal Academy unique worldwide, sharing with the public its historic treasures, the work of its Academicians, and the RA Schools, alongside its world-class exhibitions programme. New public areas will include: new spaces for the RA Schools, including a permanent project space for the public display of work by students, situated at the heart of the site; spaces across the site for the display of the historic RA Collections; new and refurbished exhibition galleries for contemporary art projects; a double height lecture theatre with over 260 seats; and a new Clore Learning Centre.

Burlington Gardens has gone through numerous transformations during its 145 year history, both architectural and social. As home to the University of London, the Civil Service Commission, the British Academy, Museum of Mankind and the Royal Academy it has seen examinations, lectures, Antarctic expedition planning, ethnographic and art exhibitions, all of which will be explored by theatrical tours produced by Place and Means.

About the Royal Academy of Arts
The Royal Academy of Arts was founded by King George III in 1768. It has a unique position in being an independent, privately funded institution led by eminent artists and architects whose purpose is to be a clear, strong voice for art and artists. Its public programme promotes the creation, enjoyment and appreciation of the visual arts through exhibitions, education and debate.

About Brown’s London Art Weekend
Experience the unrivalled quality and diversity of Mayfair as a key art destination as 100 galleries and auction houses open their doors to the public for this exciting event. With talks, walks, and 100 exhibitions to see, Brown’s London Art Weekend offers a unique opportunity for art lovers to explore the capital’s greatest private galleries. www.brownslondonartweekend.com