Masterpiece London has just announced that a rare painting by Andy Warhol will make its first ever public showing at the Fair this June, courtesy of Long-Sharp Gallery. The work, entitled ‘The Socialite’, was created in 1986-1987 and depicts Olga Berde Mahl, an attorney and real estate agent based out of New York. Warhol created two portraits of Mahl, the second of which is still in her possession, which he used to pay in part for his studio at 123 Watts Street in 1987, which he used as an artist studio until his death. 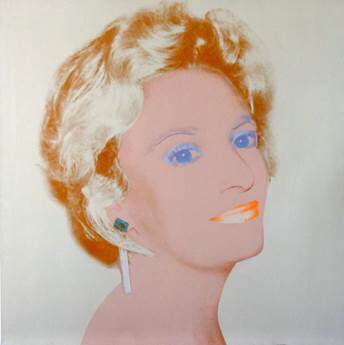 Warhol’s portraits of women are among some of his most celebrated works and he has depicted many famous women in history, including Marilyn Monroe, Elizabeth Taylor, Jackie Kennedy, to name just a few. The piece comes with an affidavit asserting the authenticity of the piece.
Nazy Vassegh, CEO of Masterpiece London, says,

‘Unseen works by Warhol are rare and we are delighted that Long-Sharp Gallery has chosen Masterpiece London as the Fair to showcase this exceptional work.’;