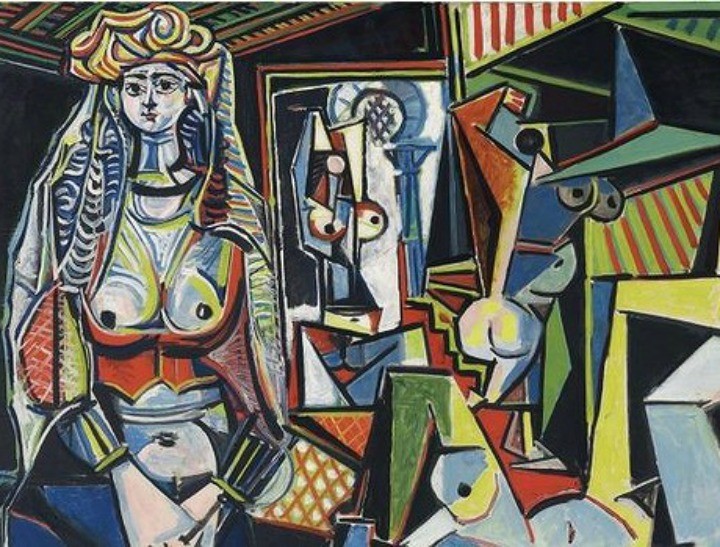 The recent news has given lots of attention to the sale of Picasso’s Women of Algiers for a record breaking $179.3m dollars – it is now the most expensive work to sell at auction. Now I’m not going to talk about whether it’s worth it – that’s for market forces to decide, nor am I going to rant about how art has become too commercial. Other people have made that argument more eloquently, and though I may not agree with them on all points it’s not my main concern with this sale.

My issue rests largely with how it’s been reported in the media. The main focus is on the price and there are even articles on what else you can buy for the same price. But what remains silent is where this sits amongst Picasso’s works  – is it one of his best, one of his worst or somewhere in middle – I would plump for the latter.

The only ‘expert’ cited in the articles tends to be the view of Sotheby’s who clearly have a vested interest in claiming that it’s a major defining work in Picasso’s oeuvre.

Reporting on prices is the art world’s equivalent of saying which celebrity is dating who or which c-lister has put on weight. Now the media can’t take all the blame on this, after all it’s the general public who determines what they write. And it’s interesting to note that even people who don’t care about art suddenly perk up when they see these headlines, even if it’s simply to have a pop at rich people who can afford such things.

But the vicious cycle has to end somewhere and maybe it needs to start with the writers. Most of these newspapers, blogs, websites etc write about art exhibitions as well but they don’t get anywhere near as much attention. This painting was last displayed in the Picasso and Modern British Art exhibition where it was just one of many great works by Picasso, yet that didn’t get ten times as much press attention as this sale – it probably didn’t even get the same amount of coverage. These publications either don’t realise, or worse don’t care, that this sort of article devalues art as a whole – and that’s just sad.