Beneficência Portuguesa Hospital in São Paulo, Brazil has launched a campaign to encourage more organ donations. The hospital is seen as a benchmark when it comes to organ transplants in the area as it boasts a renowned medical staff that performs heart, liver, kidney, bone marrow, cornea and pancreas transplants, among others. 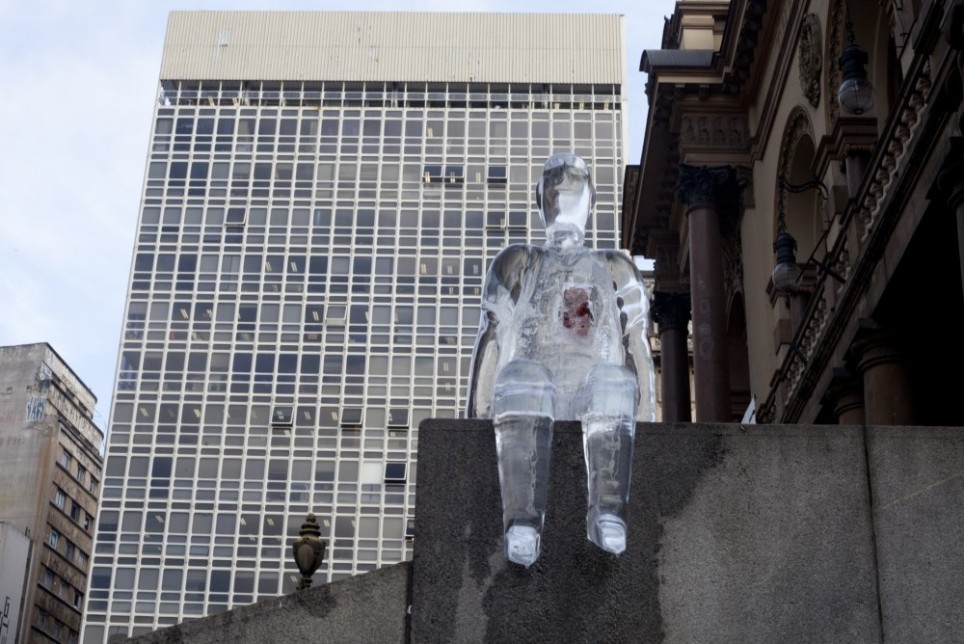 To raise awareness of the importance of this life-saving act, an urban intervention called Ice Men was placed on the city’s streets in three of the busiest locations by agency DM9DDB. Ice statues of people with visible internal organs were seen by hundreds of people in downtown São Paulo, and they melted away, leaving just organs behind. These life-sized transparent sculptures with red acrylic organs inside aimed to show

that life goes on after a person dies, and if they donate their organs they could help save someone else’s life.

We used them as an analogy to the human body. As the ice melted, the organs remained intact, and each featured the message ‘Life goes on. Be an organ donor’

We at health institutions have the obligation to encourage the population to discuss the issue with their families. Open and honest dialogue about organ donation will in itself greatly boost permissions in case of death.

One of the main reasons for organs not being donated is due to the lack of family consent. According to Coelho, many families don’t authorize their relatives’ organs to be donated either because of a lack of information or because they don’t know whether it would be the wish of their deceased relative.Via:PSFK
Watch the video below for more info:

Creative Partnerships: What Makes Them Tick? With Will & James

The You Museum : Art and Advertising in perfect harmony?