This summer marks a significant moment in Doug Aitke’s artist’s career with two important European institutions celebrating his work: Station to Station opens at London’s Barbican on 27th June and a major survey exhibition opens at the Schirn Kunsthalle Frankfurt on 9th July. 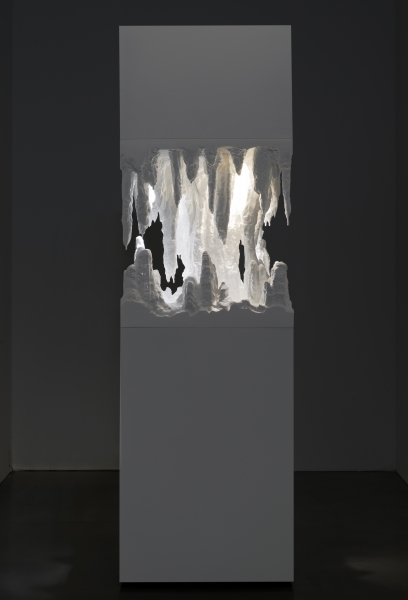 Victoria Miro Mayfair
12th June – 31st July 2015
This specific constellation of five key works has been conceived for the gallery by Doug Aitken and deals with contemporary ideas of time through the use of sound, touch, light and reflectivity, with each work existing in a zone between abstraction and representation. At the core of the exhibition is Eyes closed, wide awake (Sonic Fountain II), 2014, a free-standing sonic sculpture which combines water and sound to create an optical and auditory experience. 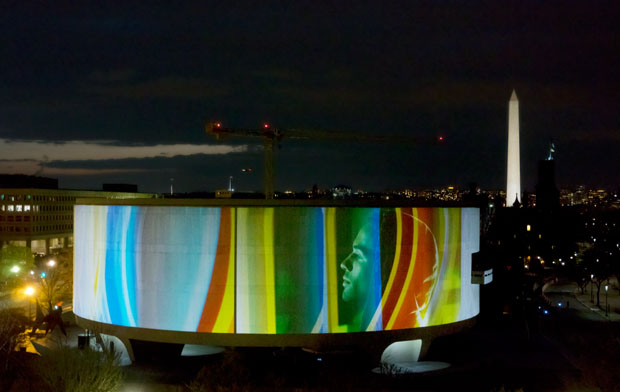 Schirn Kunsthalle Frankfurt
9th July – 27th September 2015
With four expansive film installations and correlating sculptures as well as a site-specific sound installation, this major survey exhibition in Germany will present an overview of the internationally renowned artist’s heterogeneous oeuvre throughout the entire exhibition area of the Schirn – and beyond. The exhibition will be curated by Matthias Ulrich. 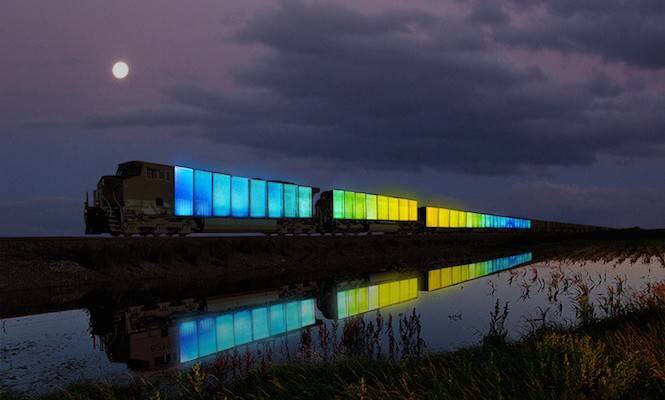 “Station to Station” by Doug Aitken – NOWNESS from NOWNESS on Vimeo.

In the summer of 2013, a train designed as a kinetic light sculpture by artist Doug Aitken traveled across America from the Atlantic to the Pacific over 24 days. Rolling into ten stations on the route, the train set in motion a series of happenings, each unique to its location and mix of creative participants. The film includes profiles, intimate moments on the train, conversations, and performances at the happenings: Ed Ruscha describing the discoveries to be made in the great American landscape; Beck performing with a gospel choir in the Mojave desert; Jackson Browne reflecting on the influence of the railroad on his music, and many more. Station to Station is a kaleidoscope of experience and artistic production, as much as it is a story of our evolving creative culture. Station to Station is released to UK cinemas on Friday 26 June, distributed by Dogwoof.

About Doug Aitken
Doug Aitken is an American artist and filmmaker. Defying definitions of genre, he explores every medium, from film and installations to architectural interventions. His films often explore the modern condition, and his transformative installations create immersive cinematic experiences. He has collaborated with numerous artists and musicians, and his work has been exhibited in museums around the world. His work has been featured in numerous solo and group exhibitions, in institutions such as the Whitney Museum of American Art, The Museum of Modern Art, the Vienna Secession, the Serpentine Gallery in London and the Centre Georges Pompidou in Paris. He participated in the Whitney Biennial 1997 and 2000 and earned the International Prize at the Venice Biennale in 1999 for the installation “electric earth”. Aitken received the 2012 Nam June Paik Art Center Prize, and the 2013 Smithsonian Magazine American Ingenuity Award: Visual Arts. Works include: Sleepwalkers (MoMA, New York – 2007); Sonic Pavilion (INHOTIM, Brumadinho – 2009); Frontier (Rome – 2009 & Basel – 2010); Black Mirror (Athens/Hydra Island – 2011); Altered Earth (Arles, produced by LUMA Foundation – 2012); SONG 1 (Hirshhorn Museum, Washington DC – 2012); MIRROR (Seattle Art Museum, Seattle – 2013). 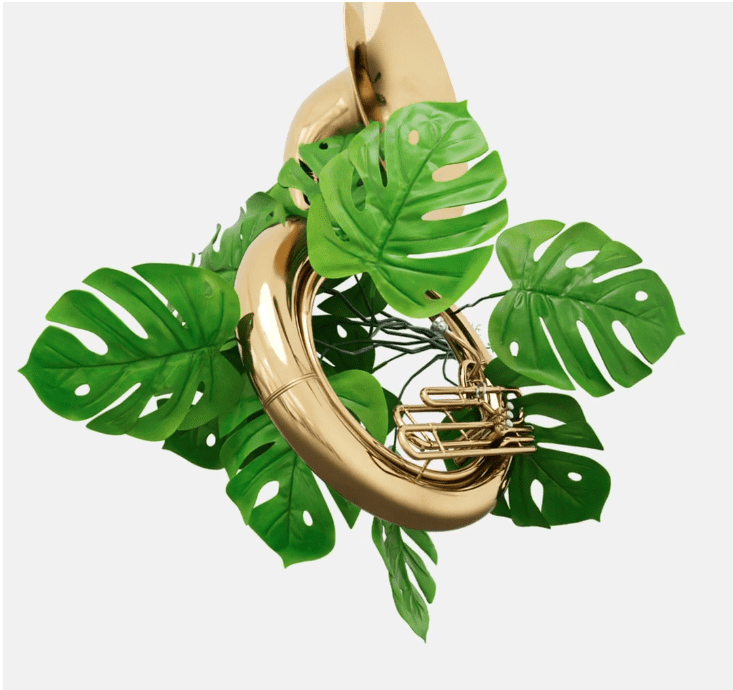 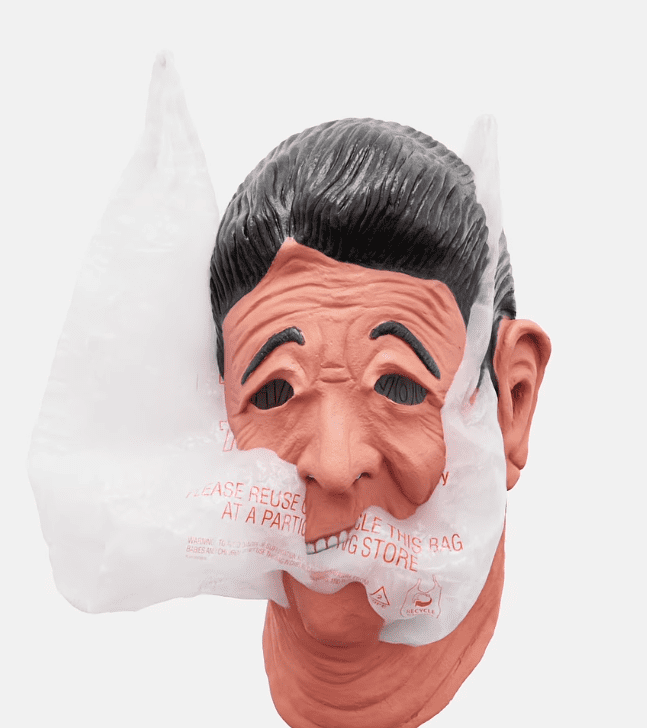 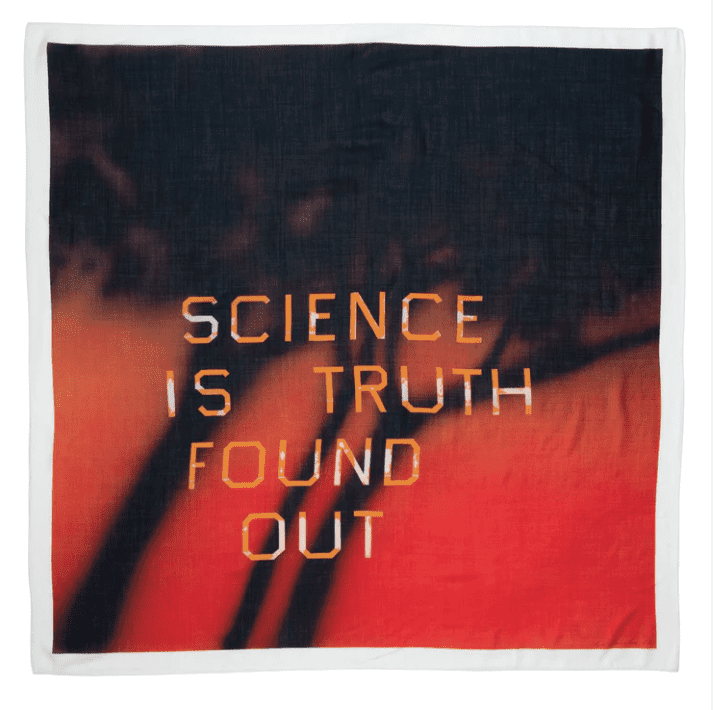