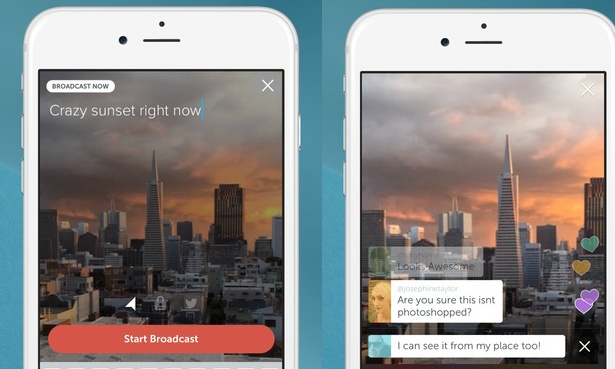 Twitter has launched Periscope, an app that broadcasts live video filmed by your smartphone to your followers on the social network.

The free iPhone app was developed by a startup, also called Periscope, which was acquired by Twitter in January. Its app is a rival to Meerkat, which launched in February and was the buzz startup at this year’s SXSW festival.

Twitter’s pitch for its new app: “Periscope lets you broadcast live video to the world. Going live will instantly notify your followers who can join, comment and send you hearts in real time,” explains its App Store listing.

When broadcasts finish they can be made available for replays for up to 24 hours, as well as being saved to the broadcaster’s camera roll. There is also an option to automatically tweet a link to the broadcast when it starts, with viewers able to watch on Twitter’s website or within the Periscope app.

Periscope can also be used for private broadcasts. “If you want to broadcast to specific people, press the lock icon before going live and choose who you want to invite to your broadcast,” explains its App Store listing.

Some people had early access to Periscope, including Silicon Valley investors, Twitter staff and a smattering of public figures. Astronaut Chris Hadfield, magician David Blaine, author Tim Ferriss and actress Felicia Day are among its “most loved” broadcasters at launch – a metric based on how many hearts they’ve received from viewers.

Periscope’s launch comes shortly after Twitter controversially blocked Meerkat from accessing its social graph – the means by which that app was helping people find others to watch based on who they were following on Twitter. Periscope, unsurprisingly, faces no such obstacle.

Live video broadcasting apps aren’t a new phenomenon: Kyte and Qik were two early examples, while services like Ustream and Livestream have had smartphone apps for years too.

The new wave of apps is capitalising on the fact that in 2015 there are many more smartphones in people’s hands; better 3G and 4G networks to deliver the video that these apps produce; and mobile data contracts that ensure it’s not ruinously expensive to broadcast and/or watch.

Expect a lot of footage of pets, skylines and parties that aren’t interesting unless you’re there in the days and weeks ahead. More meaningful uses for Periscope, Meerkat and the inevitable flurry of rivals will emerge too, however.

Celebrities will undoubtedly be one of those. Periscope seems tailor-made for the generation of online video stars that have emerged on YouTube, who’ll be able to use it for impromptu live broadcasts and Q&As with fans, for example.

News will be another: watch for a new wave of citizen-journalism thinkpieces the first time someone happens across a big, breaking news event with their smartphone and a live-streaming app.

Twitter will undoubtedly be keen to highlight any Periscope equivalents of the famously-tweeted photos of the Hudson River plane crash in 2009, whether the footage comes from professional journalists or not.

There may be controversies in store too. Think about people Periscoping (yes, it will be a verb, just as “Meerkatting” is) Premier League football matches, or any other sporting encounter where there are lucrative television rights and fearsome lawyers to contend with.

Or think about music: Periscoping a song or multiple songs from a gig would in theory be a “performance” for which royalties are due, although the questions of who’d be liable for them and whether any music rightsholders or collecting societies would be willing to pursue them remains to be settled. 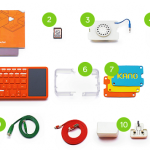 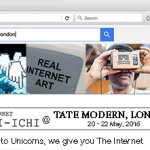 If you are looking to run a successful business in the current environment, it is important for you to have […]