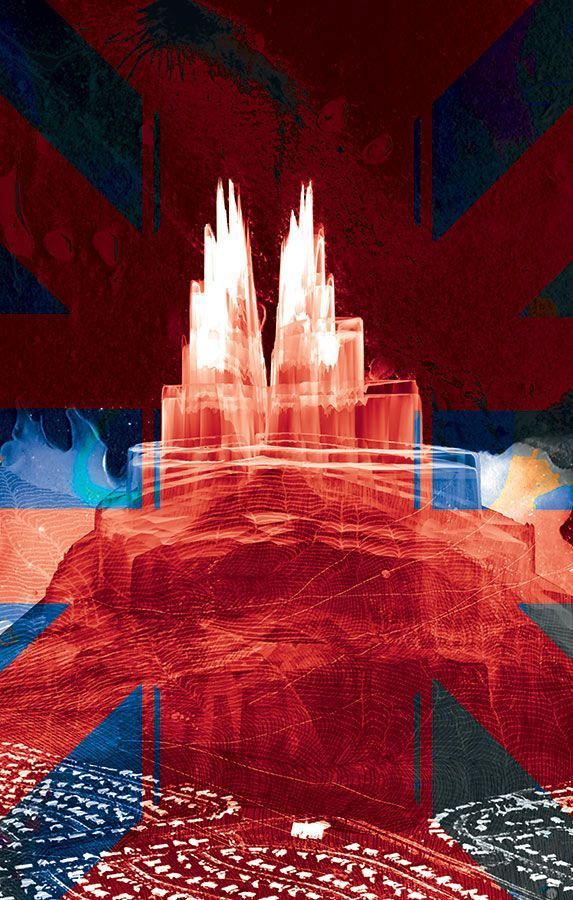 The exhibition will showcase all of the 21 reinterpreted cover artworks with each piece being presented for sale as an extremely limited Diasec mounted lambda print of the artwork Donwood created. Smaller giclée editions of the book covers, including all the cover text, will also be available to purchase. 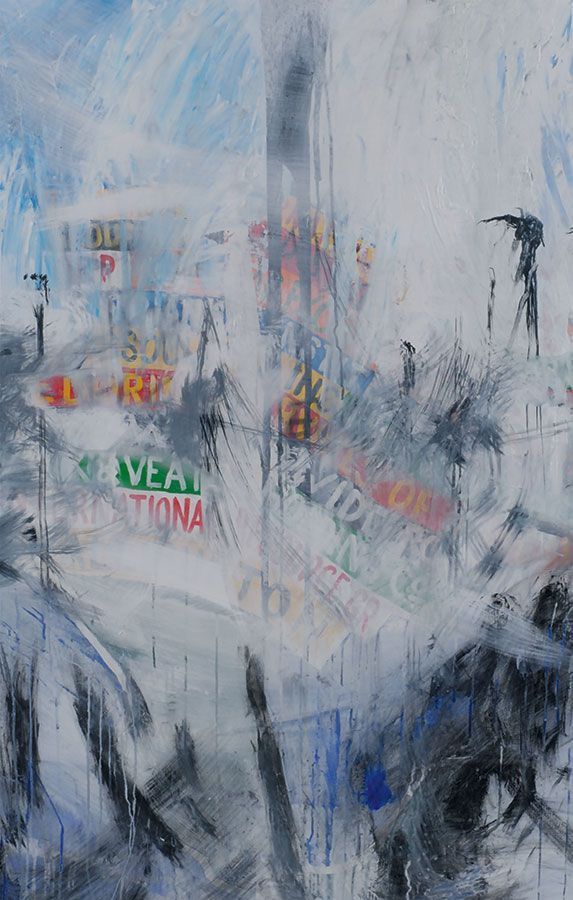 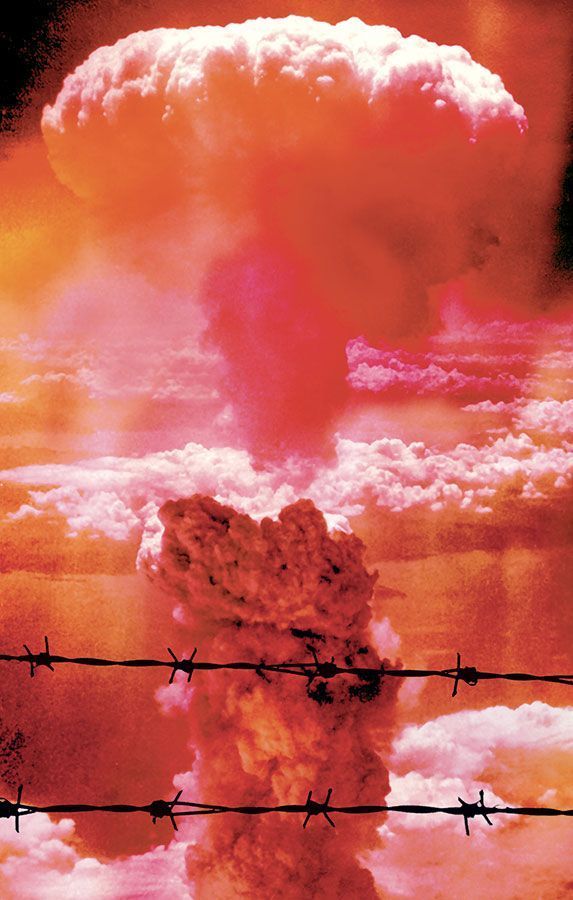 Empire of The Sun JG Ballard by Stanley Donwood
About Dream Cargo:

The 21 book covers for JG Ballard:

“In the first weeks of 2012 I received an email from the publishers 4th Estate, asking if I would be interested in producing cover art and design for the novels and collected stories of JG Ballard. As Ballard is both arguably the finest and most peculiar novelist to work in English in the Twentieth Century, and perhaps my favourite writer, the outcome of that email was a foregone conclusion.

To produce the artwork for the covers, I utilised a variety of approaches; sifting through my own digital archives as well as working with scientists in their laboratories, using acids, combustion, X rays, chromatography, and various other techniques, in experimental form. It was clear to me that JG Ballard regarded his writing as a sort of experiment itself, with his readers as the subjects. I travelled to Cambridge, to examine the laboratories at the university. I found myself in an underground bunker guarded by ‘warning – radiation’ symbols, observing extremely mysterious processes involving an enormous metal flask from which I was warned to keep well away from. In a laboratory at Plymouth University, wearing a white coat and plastic goggles I saw explosions, combustions, rolling clouds of icy vapour. And at the University of Bath I was shown 3D renderings of the interior of beehives, patterned images of neuronal connections and fluorescent microscopic bacteria. I carried out my own experiments with chromatographic paper clothes-pegged to wires strung about my kitchen, steeped in food dyes derived from coal tars. 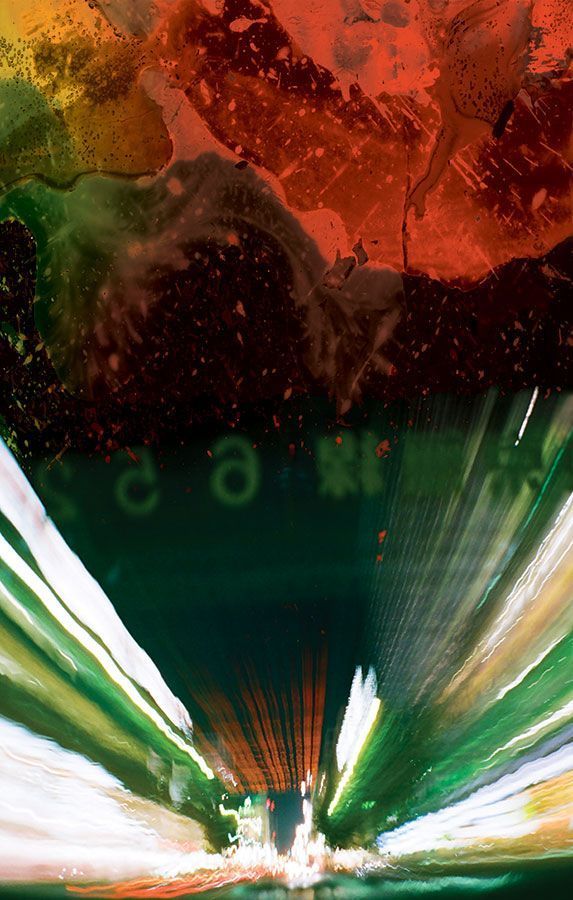 JG Ballard died on the 19th April 2009. It’s one of my great regrets that I failed to take the opportunity to meet him before he died – I was too intimidated – but it’s my fond, if vain hope that he would have enjoyed my blundering progress through chemistry labs around the country, trying to capture rapid chemical reactions, to pin down the ephemeral and fix it to his surreal visions. I ended up with thousands of almost-identical photographs of various experiments, and dug deeply in the accumulated sediment of my own collected and unused artwork to create the covers for his books.

I also asked 4th Estate to obtain the rights to use a photograph of the atomic bombing of the Japanese city of Nagasaki on August 9th, 1945 – a photograph taken by Charles Levy from the B49 nicknamed ‘The Great Artiste’. The nuclear flash of that bomb seemed to mark Ballard’s mind – it is mentioned in his creatively fictionalised ‘autobiographical’ work ‘Empire of the Sun’, and the sight of the birth of a new sun – of a new world – marks the end of Ballard’s childhood and the beginning of a genuinely new era. The Atomic Age had begun.

If I could choose one sentence to encapsulate Ballard’s work, it could well be this one from Lieutenant Levy himself, describing the cloud of radioactive dust rising from the pulverised city below; “We saw this big plume climbing up, up into the sky. It was purple, red, white, all colours – something like boiling coffee. It looked alive… we were all plenty scared.”

Notoriously reclusive, Stanley Donwood is an English artist and writer, gaining worldwide recognition for his work on Radiohead’s album and poster art. Through his work he explores and questions society, sexuality, war, conformity and politics.

Combining deep personal and political emotions with modesty and humour, he is obsessed with nuclear apocalypse, Ebola pandemics and global cataclysm. Although heavily influenced by advertising, Stanley Donwood resents commercialisation and this can be seen through his work.

Having graduated from the University of Exeter, Stanley Donwood describes his status as an artist ‘as the most convenient way to describe myself on application forms for unemployment benefit. When asked what’s next for him, he provides a typically humorous answer; ‘it could be anything, avian flu, traffic accident.’

Preferring to create artwork manually, Stanley Donwood enjoys the process of printmaking. Exhibiting worldwide including Tokyo, Barcelona and Amsterdam he won a Grammy Award for Best Record Packaging in 2002 for the special edition album ‘Amnesiac’.