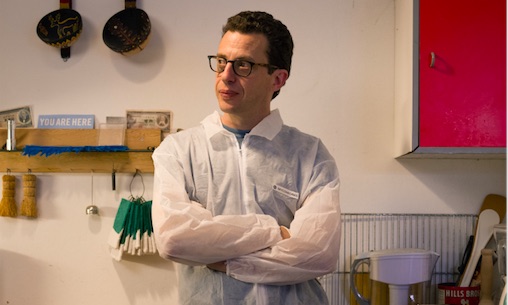 Are you on ‘shrooms? No? You might be soon if Philip Ross has his way. He’s a mycologist (mushroom guy – you know this stuff) who has worked out a way to use the substance that all mushrooms are made of, a biological organism called mycelium, to grow a super strong, fire retardant, shock absorbing, material that can be used for everything from floor tiles to house bricks. And the brilliant bit is, it’s made using agricultural waste.

The mycelium can be grown into everything from metals, to glasses, in a variety of shapes, and performs extraordinarily well compared with existing oil derived materials. Working with a tiny team in San Francisco, Philip is pushing hard at the boundaries of materials science, because he believes we need this,

“Everything that we produce now that we call agricultural waste is actually an incredible resource that mushrooms can grow on. We’re past peak oil, so if we’re going to replace our current materials with something it’s still going to have to hold up in some kind of sustainable way” 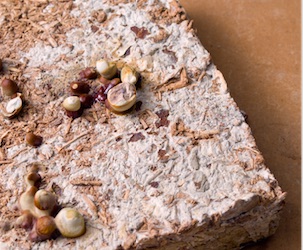 It’s impressive – and inspiring. Here’s a guy who might change the world, and it started because as both a mushroom hunter and an artist, he thought mycelium might make a good art material. It’s become something more important now, as Drew Endy, Associate Professor of Bioengineering at Stanford University highlights,

Mazda has profiled Philip as part on an ongoing series of films they’ve made about inspirational people from around the world who defy convention to make things better. You might have seen the piece we ran about Cameron Smith, the guy who is building a spacesuit from scratch. Called the Mazda Rebels project, alongside Philip Ross and Cameron Smith there’s a whole host of films and interviews with engineers, entrepreneurs, and innovators from a wide range of disciplines that Mazda innovates within, from science, through architecture, education and fashion. Each story is showcased through unique behind-the-scenes footage and gives insights into the lives of world’s challengers and the different ways people can improve their lives and the lives around us.

Have a watch of the film. Have a google of mycelium, feel smarter and, happily, be inspired.

Huge thanks to Mazda for supporting FAD.

Yesterday, 32 cows took up residence on the world’s first floating farm in Rotterdam.

THIS AMAZING MAN IS BUILDING A SPACESUIT IN HIS APARTMENT. BE INSPIRED