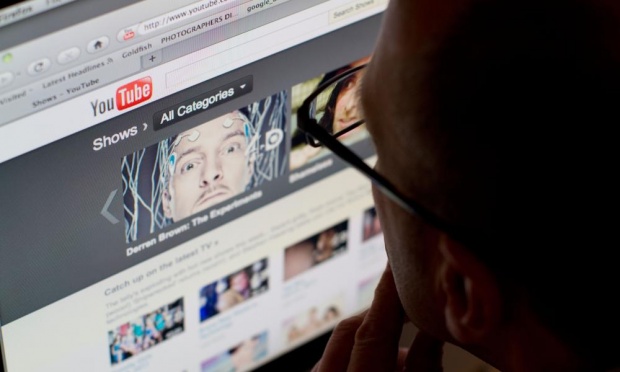 YouTube still hasn’t entered its teenage years, so what lies ahead? Photograph: Alamy

YouTube’s first video may have been uploaded on 23 April 2005, but the website’s domain name was registered on 14 February. Hence the 10th birthday milestone this past weekend at a time when Google’s online video service is more popular than ever.

From zero to one billion viewers in a decade is some journey, but what lies ahead as YouTube moves towards its teenage years? Here are some predictions.

In 2015, YouTube remains very much a video service, albeit one that’s in the process of launching a streaming music offshoot: YouTube Music Key. Over the next decade, expect it to expand into an all-encompassing entertainment service, where you’ll not just watch and listen: you’ll play.

Games, and interactive experiences. In both cases partly driven by YouTube’s evolution into the world’s largest catalogue of virtual reality content. But also because games will sit neatly alongside shows and music in YouTube’s entertainment mix.

People watch games videos in their hundreds of millions on YouTube now, and they’ll be playing games in similar numbers there by 2025: a huge casual gaming platform following a lineage that includes Facebook and the app stores of Apple and Google.

Related: YouTube is 10 years old: the evolution of online video

You’ll watch the Super Bowl, not just its ads

Every time the English Premier League auctions off its television rights, there are rumours that YouTube will be joining the likes of Sky and BT in the bidding. Every time – so far – those rumours haven’t led anywhere. By 2025, though, live sports will be a key part of YouTube’s video offering.

Not just football football, but American football, and basketball, and cricket, and any other sport you can name with a following – from mass to niche. And not necessarily because YouTube has outbid traditional broadcasters for the rights, even if that’s the likeliest short-term reason.

As the barriers between traditional broadcasting and online video topple, YouTube will emerge as a partner for sports leagues to retain their rights and go direct to fans. Its relationships with US leagues the NFL and NBA for highlights are a tiny sliver of what’s possible.

By 2025, every match in every league could be available on-demand, globally, on YouTube through those leagues’ own channels – at least for those that have done deals with the company.

A personalised EPG that pushes shows to you

YouTube will remain a mammoth catalogue of video to watch, but by 2025 it’s going to be much, much smarter at understanding your tastes, drawing on everything that its parent company knows about you as well as your YouTube history.

Yes, you’ll be able to search for something to watch, but the default mode for YouTube will be a lean-back channel of content customised on the fly for the people watching right now: it’ll know that through a combination of cameras and microphones on the device being watched, and data from the nearest Nest smart-home hub, obviously.

A couple of episodes of the latest Scandinavian crime drama; a couple of music videos by new artists YouTube knows you’ll like; a half-hour sketch show automatically cut together from your favourite YouTubers; a personalised news bulletin; and all the while micro-targeted ads.

YouTube will orchestrate the viewing not just on the main screen(s) in the home, but on each family member’s personal screens too: the curator of every evening’s multi-screen viewing.

By 2025, the memory of a TV ratings system based on a limited sample of viewers will seem comically archaic: anyone making video will have real-time data on how many people have watched, but also what they thought of it.

In 2015, we’re being warned by some smart TVs that any private conversation could be recorded and uploaded to a server. By 2025, this will be the main feedback loop for digital entertainment: vast servers humming away to process our uttered views on shows, ads, characters and creators.

Shouting at the telly will finally have the potential to influence the people making whatever you’re watching on it. Although your conversations about family, politics, culture and whatever your cat dragged in last night will also be just more grist to YouTube’s recommendations mill.

The Hangouts feature of today’s Google+ is the template for the future of social television co-viewing, where everyone is a star in their own continuously-running episode of Gogglebox.

We’ll watch shows, sports and other live events remotely with our friends and family: an audience of muted video thumbnails laughing and crying along with us, and chatting about them afterwards.

How will producers and brands guarantee these kinds of watercooler moments? By paying for them, of course. From music video premieres to new dramas or party political broadcasts, there’ll be a rate card for bringing people together to watch. With lots of zeroes on it.

Today’s YouTubers will be tomorrow’s moguls

In 2014, YouTube’s biggest star PewDiePie generated 4.1bn views from his channel. Where will he be in 2025? Quite likely running one of the world’s biggest entertainment networks, if he fancies the task. Today’s fresh-faced YouTubers will be tomorrow’s superbroadcasting moguls.

PewDiePie – Felix Kjellberg – has already hinted that he thinks he could do a better job at running a multi-channel network (MCN) than current companies in that area: “So far, all the networks have been managed in such an incredibly poor way, it’s embarrassing really,” he said in October 2014.

In 2015, a lot of television industry execs think PewDiePie and his fellow online stars will jump at the chance to become “proper” TV stars, but they’re more likely to continue focusing on YouTube and become its equivalent of those TV industry execs: bossing thriving networks of their own.

In 2015, Facebook is shaping up as the most realistic-looking threat to YouTube’s dominance of online video. Facebook users already watch 3bn videos every day on the social network, and it’s been striking its own deals for professional content while reportedly courting YouTube’s stars to start uploading videos directly to its service.

Fast forward 10 years, though, and this isn’t an “online video” market: it’s just video (and music, and games, and virtual reality …). A market where YouTube’s rivals are Facebook, Apple, Google and Amazon, but also Netflix, HBO, and perhaps even Snapchat if its youthful audience grows up keeping their habit.

Today’s startups, such as Vessel, also have their own ambitions to become the online age’s equivalent of ESPN, MTV, CNN and Discovery – the new brands that sprang up from the era of cable television. The challenge for traditional TV firms is how they fit in to this landscape of duelling technology companies trying to dislodge YouTube’s crown.

Reasons for celebration or concern?

These predictions aren’t all made in a celebratory fashion. Some of these developments could be exciting, but others horrifying – or at least distinctly troubling for various reasons.

Do we want to hand our entertainment choices over to algorithms whose workings are entirely mysterious to us? What happens to serendipity: discovering things by accident that we didn’t know we’d love – or, for that matter, things that challenge our beliefs?

Is the trade-off between privacy and personalisation worth the risks? Do we trust YouTube and Google to respect the creators of the shows, music and games that we enjoy?

And perhaps most pressingly, will all of these questions be rendered moot by the emergence of something else – likely dreamed up by someone who’s a teenager now – that makes YouTube a historical footnote by 2025 rather than the master of our entertainment?