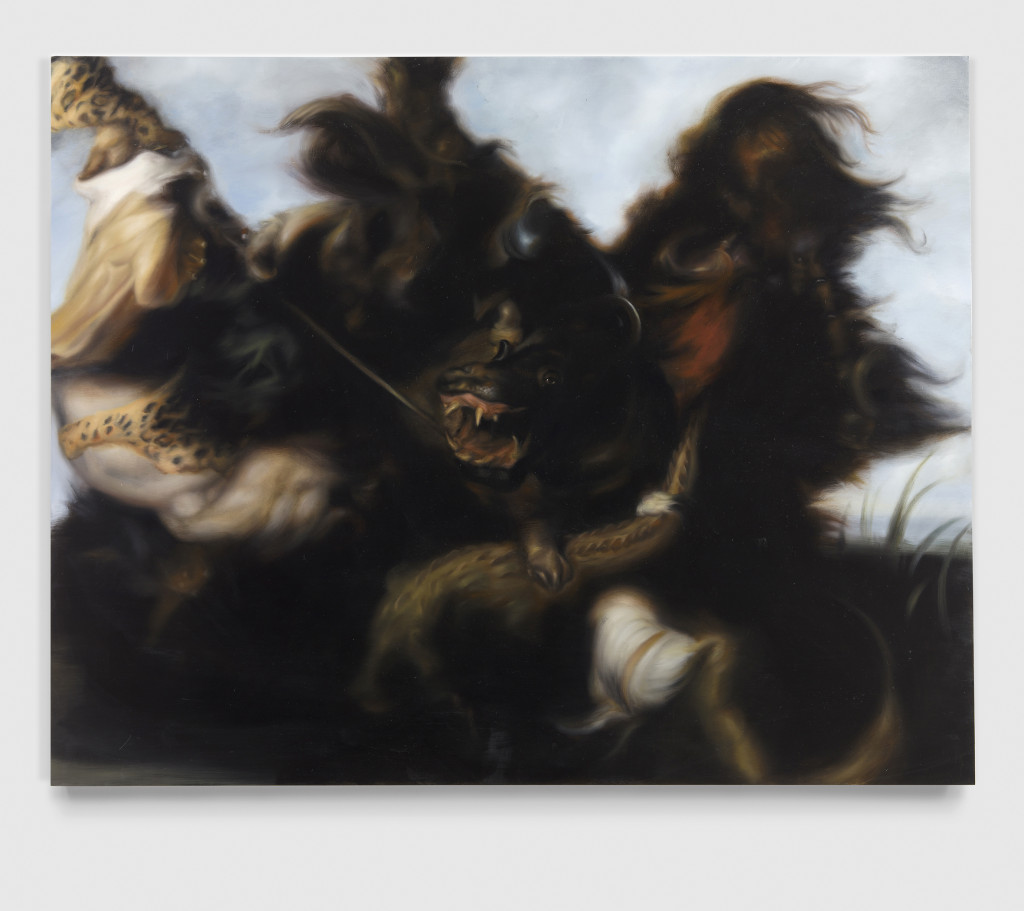 Parafin is  exhibiting  new work by FAD favourite Hugo Wilson (b.1982) which explores ideas of faith and power by considering and subverting structures of ideology and systems of belief. Working across the mediums of painting, sculpture, drawing and photography, Wilson examines the ways in which art has been used to present and reinforce these structures over time. This much anticipated exhibition is Wilson’s first solo show in London in a decade.

The exhibition includes a group of new paintings portraying the most primal of all rituals, the hunt. Hunting scenes were popular with wealthy collectors in the seventeenth and eighteenth centuries. They represented a kind of ‘trophyism’ and a way of displaying mastery over nature. Wilson’s new paintings are based on, or inspired by, famous paintings by old masters such as Rubens and Stubbs and show bizarre events where great beasts such as lions and crocodiles have been trained to hunt other animals. Wilson strips away much of the detail — especially from the hunters themselves — to create weirdly ‘powerless’ images. Foreboding and violent, these large-scale paintings skillfully employ classical techniques to render writhing animal forms, snarling teeth and immense physical strength. Suggestive of mythic battle scenes, Wilson’s paintings shake the foundation of the context that they appear to mimic, questioning the validity of any man-made system of ideology.

Alongside the paintings Wilson will show new photographs and drawings. The charcoal drawings depict Roman Mithraic friezes where all detail (and legible ‘meaning’) has been eroded over time. The photographs document commercial property developments where islands of consecrated ground are isolated and protected. 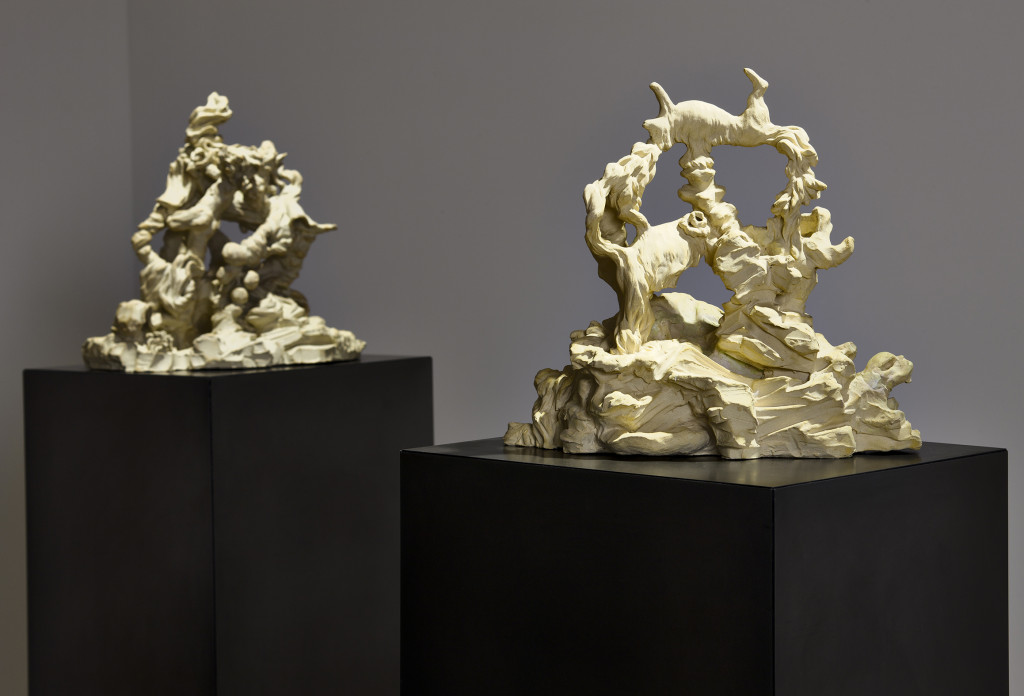 Finally, in the lower gallery Wilson will show a major installation
of twelve terracotta sculptures, depicting the Labours of Hercules. Each sculpture is a composite of imagery from illustrations of the Labours throughout history, from Greek and Roman representations to contemporary cartoons, but the specific imagery related to each Labour has been removed and we are left with a compendium of seemingly ideological forms.

About The Artist
Hugo Wilson’s recent solo exhibitions include Project B, Milan (2013) and Mihai Nicodim Gallery, Los Angeles (2012). He was included in Play Things at the New York Public Library (2013), Nightfall: New Tendencies in Figurative Painting at the MODEM Centre for Modern and Contemporary Art, Debrecen, Hungary (2012) and the Busan Biennial (2010). Wilson’s work is in private and public collections internationally, including the New York Public Library, the Deutsche Bank Collection and the Fondazione Memmo in Rome. In October 2013 Wilson was featured as one of just six ‘rising stars’ in European art by the Wall Street Journal. Wilson lives and works in London.