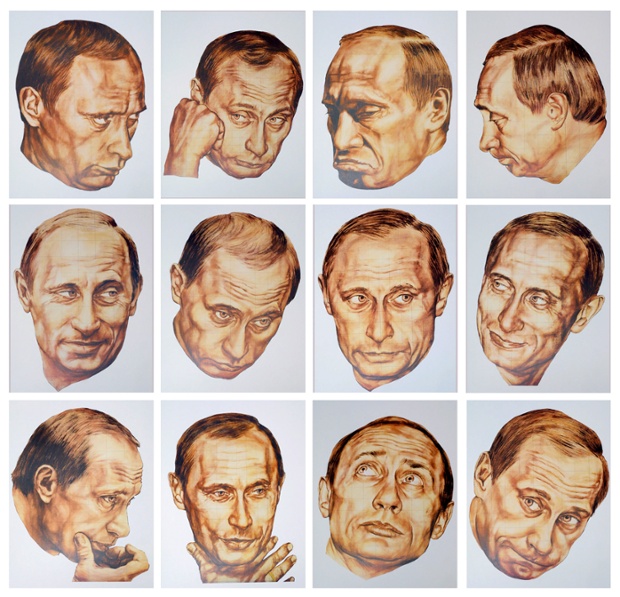 This article titled “Why the art world needs to ditch the rich Russians” was written by Jonathan Jones, for theguardian.com on Friday 9th January 2015 17.07 UTC

There’s an interesting story on the Art Newspaper website about Russian artists protesting with their feet against president Vladimir Putin’s government. Yet the most significant aspect of the story may be that it has actually been published.

Crackdowns on freedom of speech are driving artists into exile, reports Sophia Kishkovsky, citing subversive muralists Dmitri Vrubel and Viktoria Timofeeva, who now live in Berlin, and interviewing other Russian artists tempted to follow their lead.

It is heartening to see this story from this trusted news source, because the publication was recently purchased by a wealthy Russian, Inna Bazhenova. The magazine’s new owner was announced at Tate Britain (why?) and Bazhenova is described by publicists as a “mathematician, engineer and collector”.

Their report that Russian artists are defying Putin hopefully says as much about the storyteller as the story, if it means the magazine will continue to report objectively on Russia as well as everything else. But its change of ownership shows how hard it is to extract Russian money from the art world. While economic sanctions against Putin’s policies have made a massive impact, there is little sign of international art ostracising the Russian collectors who play such a huge part in this world of money, luxury and power. I recently reviewed an excellent show at the Saatchi Gallery that is a collaboration with Russian art institutions and, surely, Russian money. Should I have ignored it? But there it was, and it was good.

Russia and contemporary art are hard to disentangle. At least the Art Newspaper seems to be maintaining its standards. But can there be such a thing as an independent art magazine when collecting is so tangled up in the way these publications are funded? Of course not.

The great myth about the art world is that it is loaded with money. It is, of course, but only at the top end. Collectors, successful dealers and some artists are rich. Yet around this elite, and servicing it, is a constellation of magazines, books, critics and websites, curators and exhibitions that is not so profitable. When I think of the art world I also think of young reviewers filing copy to publications no one reads, and young artists trying to get noticed by them. How does all this keep afloat? With the money of the moneyed, that’s how. Art Info is funded – it’s no secret – by the allegedly controversial Louise Blouin. It has her name on it.

The small circulations and specialist nature of the art press make it ripe for all kinds of corruption. I know. Last year, I turned down a request via the Art Newspaper to write a catalogue for a Russian artist because I did not feel comfortable about the funding source. Russian money? It is part of the art world’s seediness, the desperation behind the glitter.