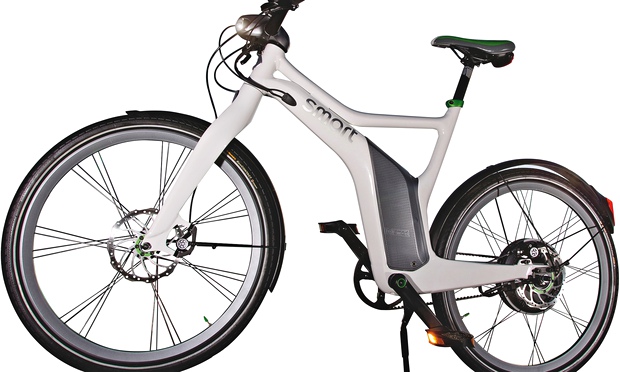 ‘Unlike every other electric bike I’ve tested, this one can charge itself en route.’

This article titled “On the road: Smart ebike – bike review” was written by Helen Pidd, for The Guardian on Saturday 20th December 2014 06.00 UTC

I have an irrational dislike of Smart cars. They’re always tricking me in the multi-storey near work. I arrive after everyone with proper jobs, when all the prime spots have gone. Often, I’ll think I’ve struck lucky, only to find one of these toy-mobiles nestling smugly near the back of what looked like an empty space.

From the same German stable (Mercedes) comes the Smart ebike, which couldn’t hide in any bike shed. It’s not much smaller than a sit-up-and-beg Dutch beast and its space-age frame is painted an attention-seeking white and green. At 26.1kg, it’s the heaviest bike I’ve ever ridden, much heftier than my favourite ebike, the Gocycle, which is “only” 16.1kg. It’s not a problem when buzzing along, unless the battery dies – in which case, I hope you’re wearing a wicking fabric. But even getting this clodhopper over the two steps into my house was a mission. The prime targets for ebikes are those too frail or unfit to pedal, so the weight alone would rule out any without a garage.

There’s a good reason for the bulk. Unlike every other electric bike I’ve tested, this one can charge itself en route, thanks to some technological wizardry in the rear hub. If you’re brave/strong/daft enough to ride it without the electric assist, that is. When switched to “generator mode”, the motor converts kinetic energy into electrical energy, which is returned to the battery. I didn’t bother, though. You don’t buy a Ferrari to bumble along in third gear, and if I’ve blagged an ebike, I will ride it on full power. The manual told me to save level 4 for “extremely steep uphill gradients”. There aren’t any in Manchester, but I rode it on 4 anyway, almost coming a cropper when a car underestimated my acceleration at the lights and attempted a nearly fatal left turn. Despite my brush with death, I’m always a bit disappointed by how slow ebikes are. Blame the EU. The curved banana ban may have been bunkum, but Brussels killjoys have set the speed limit on “pedelecs” at a tedious 25kph (15.5mph). You can get up to 20mph, but only with strong legs, a fair wind and a big descent.

There’s still a lot to like. There’s a fantastic inbuilt lighting system, an easy-maintenance drive belt instead of a mucky chain, and a display panel that calculates everything from the temperature to average speed. It’s very easy to charge, too, so long as you have a socket in your garage: just plug the jack lead into the battery pack without wrestling it from the bike. Shame it’s so grossly overweight. 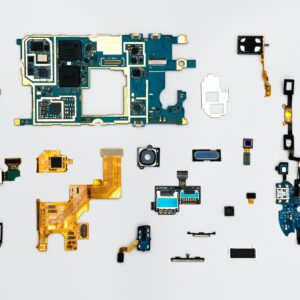 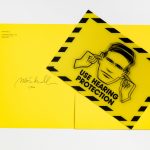 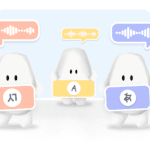