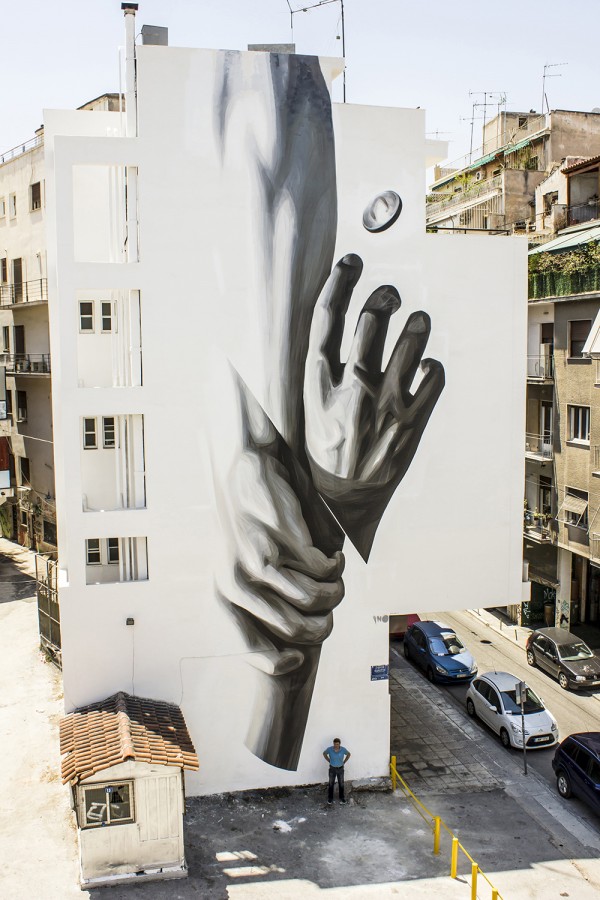 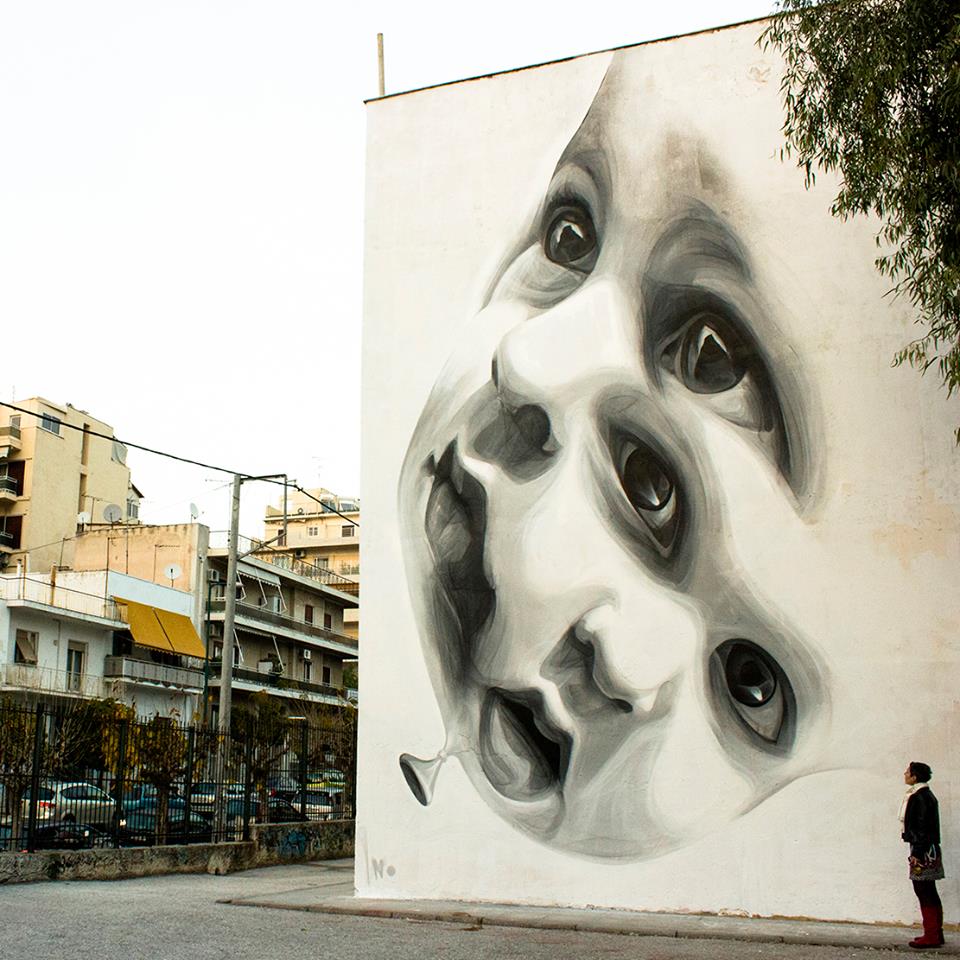 He has been working to create art in the street since 2000 and has developed a global reputation for extreme-scale murals, surreal depictions and a unique, aerosol ‘fatcap’ (wide spray dispersion) technique. His urban landscape interventions have been seen across Europe and the USA, receiving attention from international media including Reuters, The Guardian and The New York Times. His work has been exposed to a YouTube audience in the tens of millions after ‘starring’ in and providing artwork for the promotional video to support The Days, Swedish DJ, Avicii’s collaboration with singer, Robbie Williams. 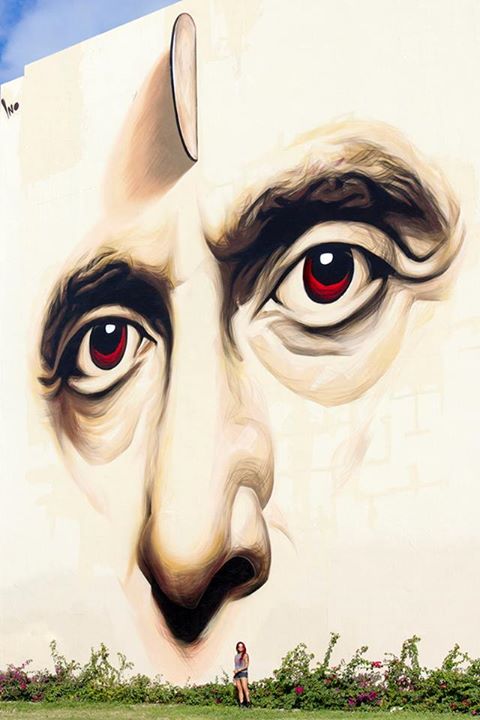 iNO In Heaven With You Miami

His collaboration with Edition Fifty, joining Stanley Donwood, Dan Hillier and other leading artists as a collaborator with the project, is the seventh print to come from the project, established to bring the most exciting international artists to the walls of a wider audience.

“’Wake Up’ shows God grabbing an unconscious man’s hand to bring him back to life, yet the one who is being saved still grasps for a falling coin. Money is the only god that this person has. Most of my works reflect the view that human beings are enslaved by their own creations, with money being one of them. The whole process of painting this piece lasted a little less than a week, using acrylic and aerosol paint after taking some preparatory shots of the site.”

‘Wake Up’ by iNO will be released to the public at 15.00 GMT on Thursday 11th December at www.editionfifty.com in a strictly limited edition of 50, high-quality prints. 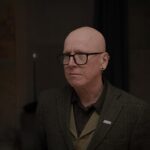 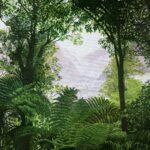