“…the skies over Thanet are the loveliest in all Europe”… Turner to Ruskin.

What better reason do you need therefore to hop on a train out of London and head for the south coast…?!

I did just this and was duly greeted by magnificent stormy skies and the distinct sights and sounds of seething regeneration.

I’m glad I went. It felt like a true moment in time…

Situated directly on Margate’s famous seafront, on the same site where Turner stayed when visiting the town, the gallery is the largest exhibition space in the South East, outside of London.

If further enticement to visit Turner Contemporary is required, this Autumn/Winter they have a real blockbuster of a show for visitors to experience, as Turner Prize winning artist Jeremy Deller conjures up his ‘English Magic’ at the gallery.

Deller uses ‘English Magic’ to explore mysterious acts and ‘magical’ transformations in British society – its people, myths and folklore as well as its broad cultural, socio-political and economic history.

The mythical power of popular music, the transformative promise of socialist movements and the trickery and concealment of politicians, oligarchs and big businesses all come under the spotlight through Deller’s large-scale murals, drawings, photographs, film and historical materials, questioning what Englishness (is that a real word..?) really means to us today? 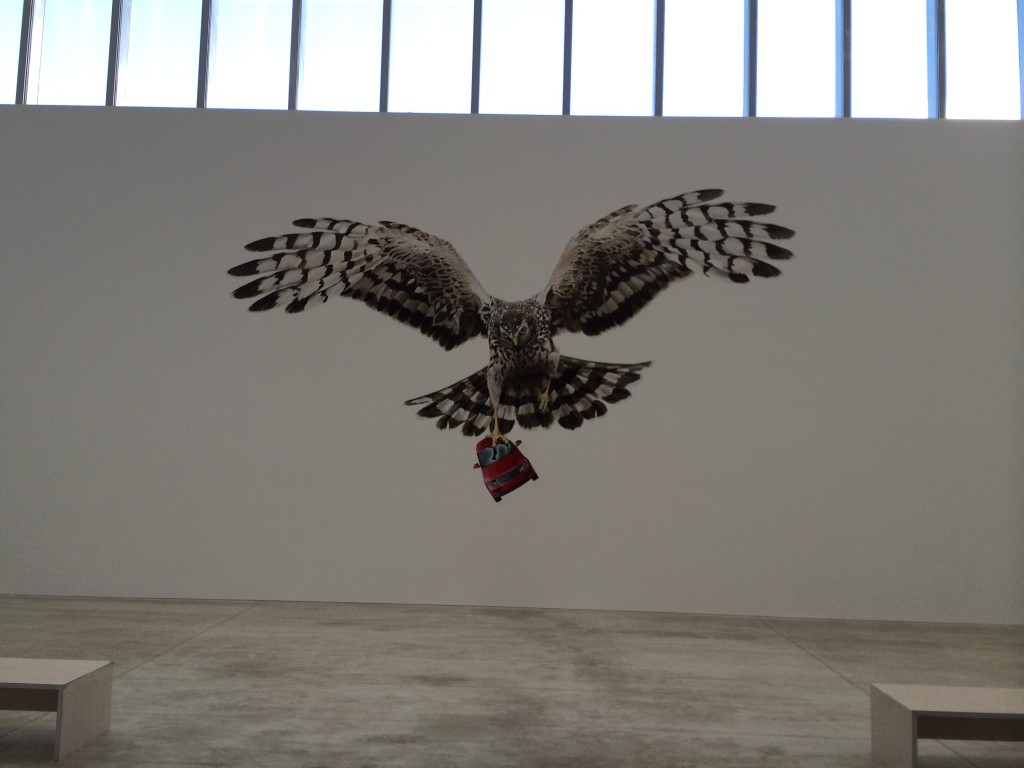 The first image that greets you upon entering the North Gallery is the image of a giant hen harrier seeking revenge on a red Range Rover – painted directly onto the gallery wall by Sarah Tynan – it depicts an alleged shooting incident involving Prince Harry and his friend William van Custem, which took place on the Sandringham Estate in October 2007. 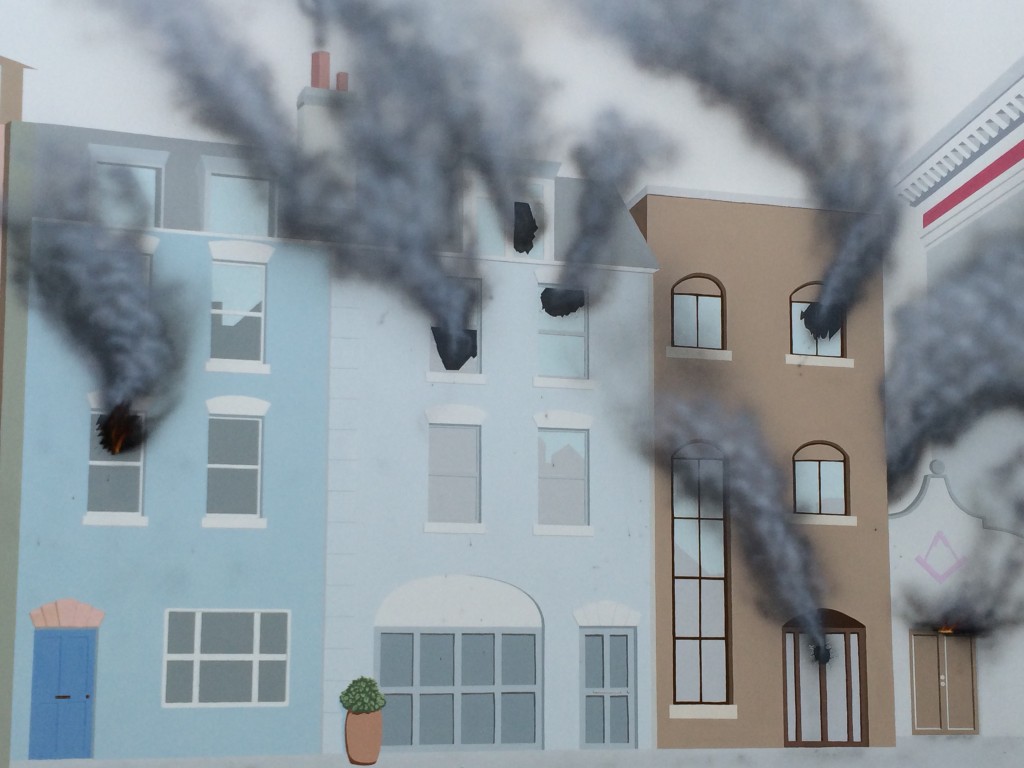 On the opposite wall, surrounding the gallery entrance, Jersey’s capital St Helier burns. An impressive image that covers the entire wall area – again painted directly onto the gallery walls by Stuart Sam Hughes and Adrian day. Entitled “St. Helier on Fire 2017” (2013), it is a depiction of a riot against tax havens getting out of hand.

The journey through this exhibition culminates in the South Gallery where a film illustrates many of the ideas of English Magic, including images of people experiencing the Stonehenge bouncy castle, which was installed at the historic monument in 2012.

There is no denying that this is an impressive and thought provoking exhibition. Painting directly onto the gallery walls is an inspired move. It reinforces the underlying narrative of the images and creates an immersive experience for the viewer – simply painting the images onto canvas and hanging them on the walls would not have created this same viewpoint; You are drawn within the images as they project from the walls and the requirement for the gallery notices “please do not touch the artworks” is quite understandable, because the compulsion to do so is very strong.

For myself, the only negative of the exhibition was not having the opportunity to experience the Stonehenge bouncy castle for real. Watching others experience this on film was, quite frankly, a disappointment!

This is the last chance to see English Magic; commissioned by the British Council for the British Pavilion at the 2013 Venice Biennale – Don’t miss it! 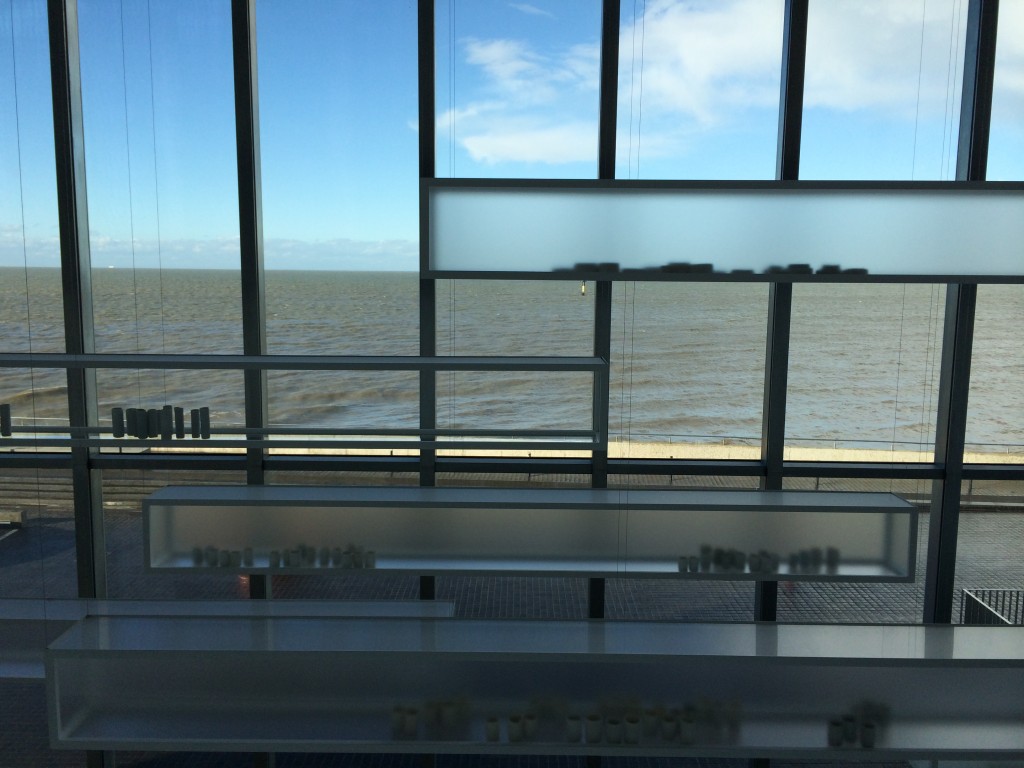 Having been initially captivated by his compelling book The Hare with the Amber Eyes and subsequently in 2013 watching the BBC One Imagine Documentary, which followed him over the course of a year, I was intrigued to see Edmund de Waal’s beautiful ceramic objects displayed in the vaulted setting of the Sunley Gallery at Turner Contemporary.

De Waal grew up in Canterbury, so this show is something of a homecoming, similar to the Chapman Brothers recent return to the Jerwood Gallery, Hastings. There the parallel ends. The narrative and motivation for the exhibitions are incomparable in every other sense; neither less worthy, just different.

Atmosphere delivers a subtle display- gentle, emotional, evocative….It transfers a sense a peace; a sense of place and a spirit of other worldly ness. It is deep but not at all disturbing, unlike The Chapman Brothers exhibition “In the realm of the unmentionables”!

In order to capture the changing light, the porcelain vessels are presented within clear and opaque vitrines, which are principally suspended within the gallery space directly over looking the North Sea. They can be viewed both from above and below; these different aspects give the viewer a choice of perspective from which to appreciate and absorb the work. 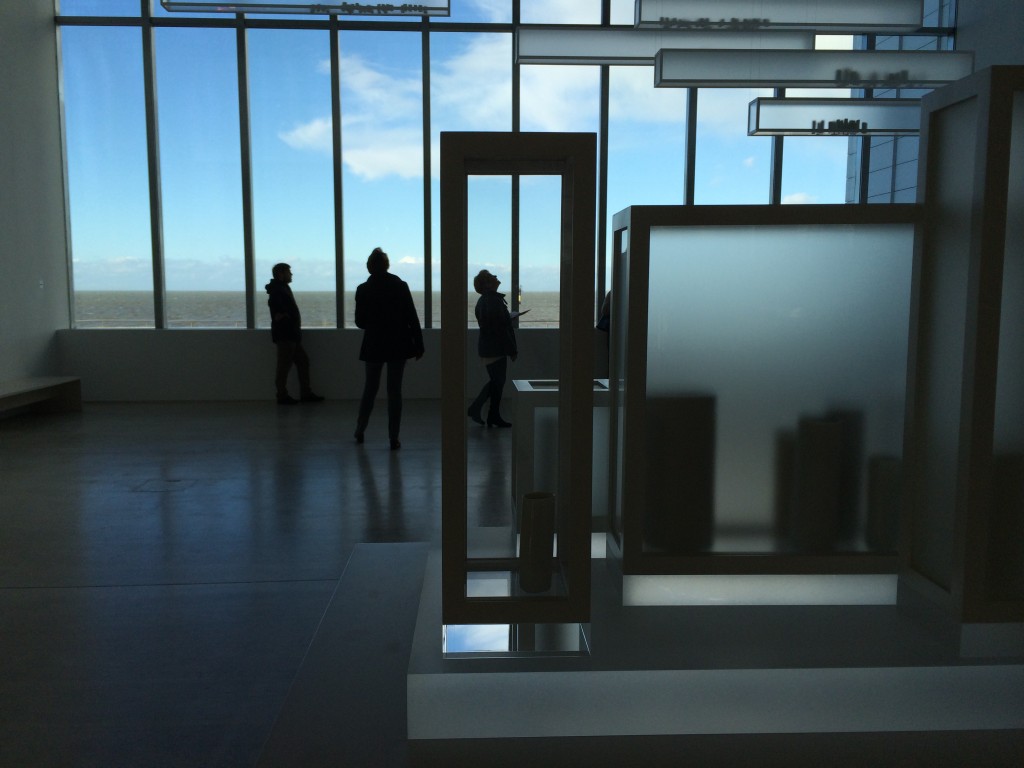 As de Waal explains when describing his motivation to create the artwork on display:

“When thinking about the changing landscape of clouds, I remember Constable’s beautiful letter about lying on his back and doing ‘a great deal of skying’. There is no more extraordinary place to look at the sky than the Sunley Gallery at Turner Contemporary. Atmosphere is my attempt to make a response to this threshold between a building and the air outside. Suspended in the space are nine vitrine holding 200 small celadon and grey porcelain vessels. I hope they will provoke some skying of their own.”

Visitors are encouraged to lie back and relax on mats provided by the gallery to observe the work and during my time there, many people took the opportunity to do some serious skying.

I loved it! I shall be drawn back time and again I’m sure.