There are loads of art events such as private views, artists talks, and screenings happening around London, usually, but its August now and barely any events are happening. To help you with the choice Jenny Judova from Art Map London will be advising on what events seem worth attending during the week.

Suzanne Treister ‘Post-Surveillance Art’ @ Chisenhale Gallery at 7pm
Treister will talk about her most recent project, Post-Surveillance Art (2014), and revisit HEXEN 2.0 (2009-2011), a major project charting the increase in intelligence gathering in the Web 2.0 era and the US government and military’s role in the development of the internet.
http://artmaplondon.com/artmap/events/suzanne-treister-post-surveillance-art/
Chisenhale Gallery 64 Chisenhale road, London, E3 5QZ 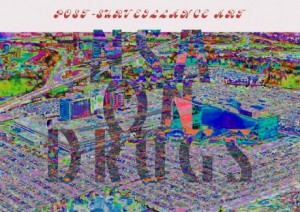 Private view ‘Interwoven’ at October Gallery
October Gallery, London, presents Interwoven Histories, an exhibition of compelling mixed-media works by artists from Africa. With remarkable new works by artists, Naomi Wanjiku Gakunga, Nnenna Okore and Romuald Hazoumè, this exhibition will also introduce works by artist Adejoke Tugbiyele.
This exhibition looks at the creative force of the hand. Instead of using traditional artistic tools and  technology, each artist weaves or moulds together stark narratives by hand. Adejoke Tugbiyele (Nigeria/USA) is a sculptor. Sourcing most of her materials from Africa, Tugbiyele creates her works from palm stems, traditional broomsticks, natural fibres, wood and fabric. Spiritual aspects of Yoruba culture inspire and inform her sculpture. She also deals with political subjects related to sexual identity, womens’ rights and human rights. Tugbiyele’s work has been exhibited at institutions internationally. This will be the first time her works will be exhibited at October Gallery.
http://artmaplondon.com/artmap/events/private-view-interwoven-histories/
October Gallery 24 Old Gloucester Street, London WC1N 3AL 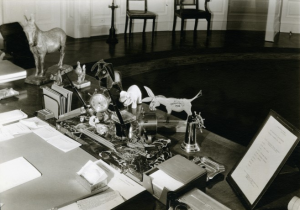 Private view Jermey Evans ‘My Left Hand Wants to Buy Me a House’ @ ASC Gallery at 6-9pm
My Left Hand Wants to Buy me a House is an exhibition of 100 chronological text and image drawings which began as an experimental response to a temporary injury to the artist’s dominant right hand. What starts off as an exploration of the disconnect between a level of skill (the artist’s ability to draw) and a level of execution (in having to channel that ability through the unexperienced left hand), evolves, over the course of the drawings, into a meditation on motivation, ambition, procrastination and visualising; stopping off on the way to consider the relationship between humans and objects, the value of art, Pascal’s wager, where fruit flies come from and why the outside colour of coloured pencils never matches the colour inside.
http://artmaplondon.com/artmap/events/private-view-jermey-evans-my-left-hand-wants-to-buy-me-a-house/
ASC Gallery Erlang House, 128 Blackfriars Road,London, SE1 8EQ, UK

SLAM ‘Say it in Words’ group show @ Coleman Projects at 6:30pm
This group exhibition focuses on a selection of artists who, in variable ways and with different means, use words as their working ingredients. While, for some, a turn towards the written or spoken word marks a point of departure from the artworks one might associate them with, for others, the formal and/or linguistic significance of words may be central to their practice.
http://artmaplondon.com/artmap/events/slam-say-it-in-words-group-show/
Coleman Project Space 94 Webster Rd, London SE16 4DF

The Crossfire Halloween Massacre VANS x CROSSFIRE HALLOWEEN MASSACRE 2014
The infamous CROSSFIRE HALLOWEEN MASSACRE returns to London on Saturday November 1st in association with Vans. Now in its eighth year, the “gnarliest Halloween party in town” will rock House of Vans London – situated in the spooky Old Vic Tunnels, famed for its dark past and crypt like surroundings.
This year’s zombie fest will boast a Massacre Art Exhibition in the House of Vans’ gallery, featuring work from seven guest artists whose gore-ridden illustrations will be unveiled on Halloween itself on 31st October, and will be on public view for the following week. The evening of hallowed terror will also host classic horror films throughout the night, with epic zombie movies such as Braindead, Evil Dead, Bad Taste, Night of the Living Dead and more playing in the cinema for those who need a break from the dance floor.
http://artmaplondon.com/artmap/events/the-crossfire-halloween-massacre/
HOUSE OF VANS LONDON arches 228-232, Station Approach Road, SE18SW 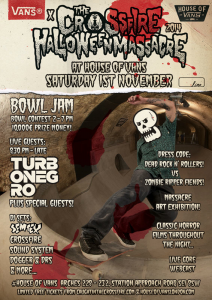