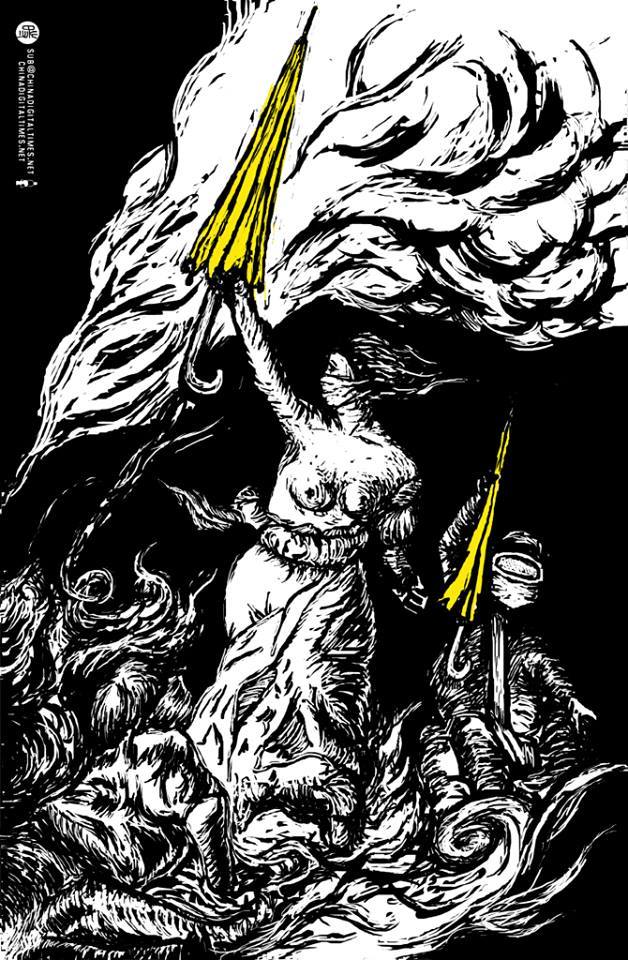 Art and politics go hand and hand during time’s of political strife. Unfortunately, our global community is all too familiar with social unrest. But Hong Kong artist Kacey Wong has a solution. “Justice, Democracy, and Freedom” are the prizes being offered for the best logo design for the “Umbrella Revolution”. Here’s the backstory, Hong Kongers are protesting to keep the democratic rights they were promised by the Chinese government back in 1997. 2017 is supposed to be the first year that the people of Hong Kong will be allowed to elect their own Chief Executive. However, it looks as though the Chinese government might renege. Read more about that here.

After the police used tear gas on the protestors, they also threatened to shoot them with rubber bullets. The umbrella became an essential tool for the protestors safety, transforming the umbrella from household item into protective gear. Wong’s call to action has kicked off an umbrella-themed meme that’s taking on a life of its own. Those in solidarity with the movement are crafting their own brilliant deigns for the “Umbrella Revolution”. If you are interested in participating in the mock contest please send your designs over to Kacey Wong’s Facebook inbox

Peep some of the work thats already flooding the internet. 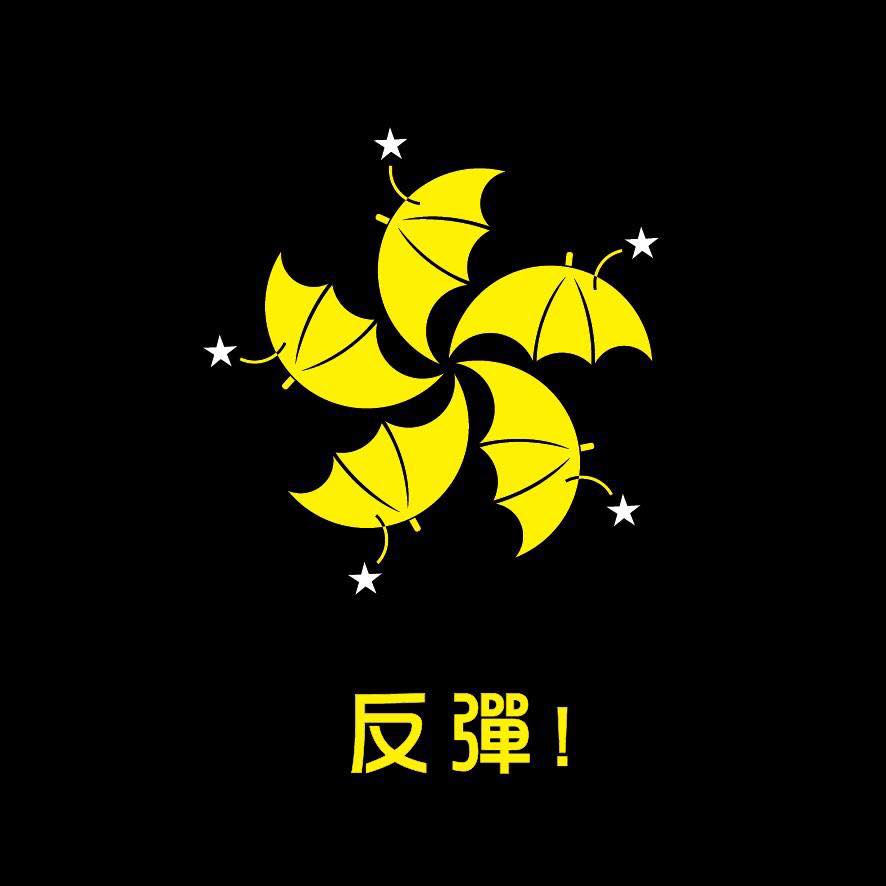 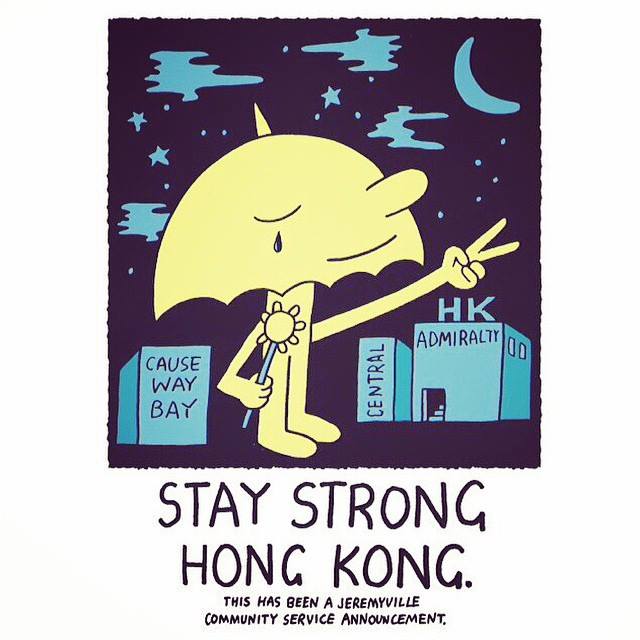 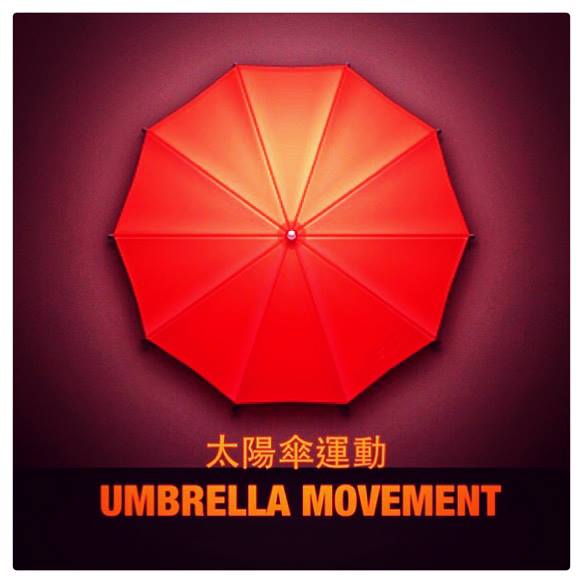 The rise in art protests: how the gallery became a new battleground