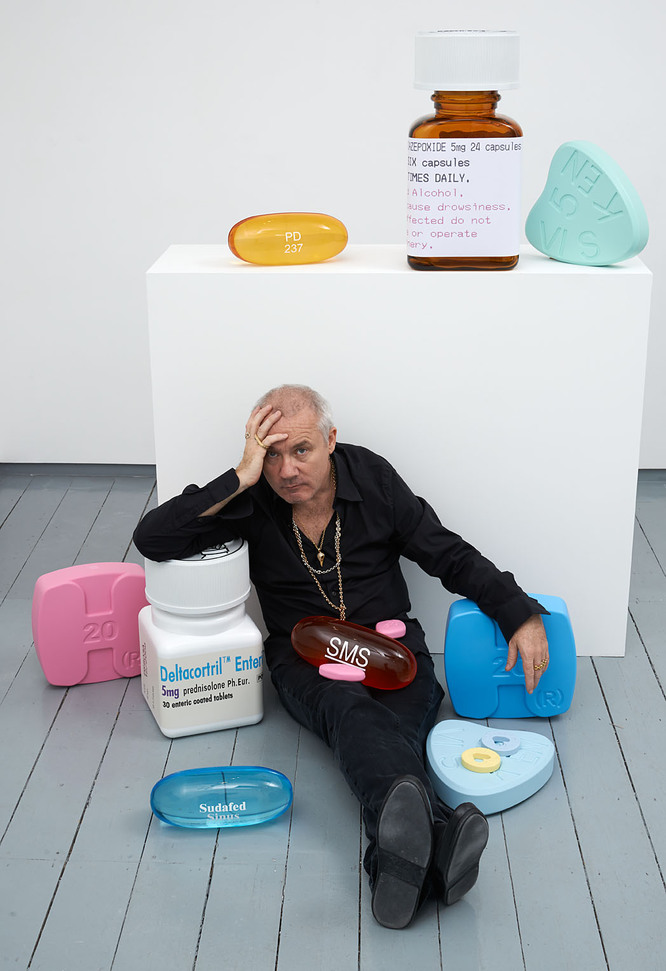 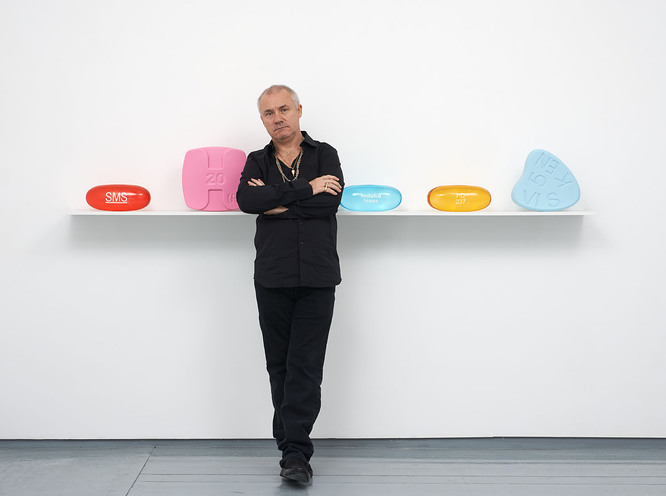 Paul Stolper Gallery, is showing ‘Schizophrenogenesis’, an exhibition of new prints and sculptural editions by Damien Hirst, opening in October 2014 in time for Frieze.

“Pills are a brilliant little form, better than any minimalist art. They’re all designed to make you buy them… they come out of flowers, plants, things from the ground, and they make you feel good, you know, to just have a pill, to feel beauty.” – Damien Hirst

Predominantly based upon the minimalist aesthetic of the medicinal pill, the works on display act as a continuation of Hirst’s life-long investigation into our almost-spiritual relationship with the rigours of science and the pharmaceutical industry.

A three metre neon sign reading ‘Schizophrenogenesis’, each letter in a different colour, lights the space. Both a warning sign and a beacon, the work entices the viewer into the gallery, where they are confronted by ‘The Cure’; a wall of thirty silkscreen prints, each depicting a two-colour pill set against vibrant backgrounds of pop-candy colours. Corresponding sculptural works fill the space; fourteen hugely enlarged resin pills, each measuring thirty centimetres long, as well as ten smaller pills, rendered in an array of seductive, immaculate colours. 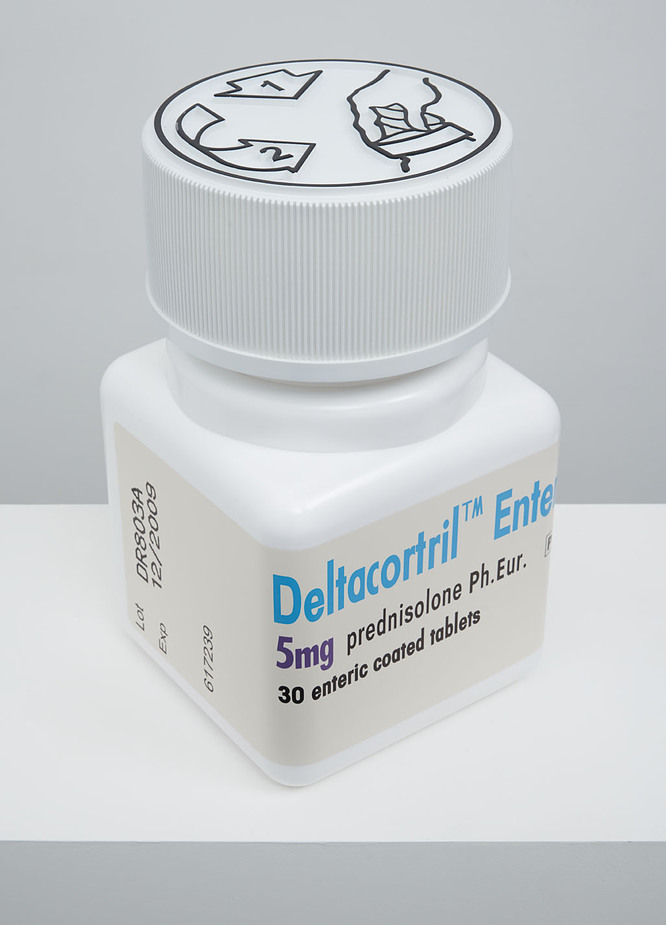 Sculptures of medicine bottles, pharmaceutical boxes, ampoules, syringes, a scalpel, and drug packaging that all play with concepts of scale – the tallest measuring nearly one and a half metres – combine to form an Alice in Wonderland playground of pharmaceuticals which further Hirst’s enduring exploration of contemporary belief systems; religion, love, art and medicine. The manipulation of scale, is just one of the techniques employed by the artist to analyse the confident aesthetic of the pharmaceutical industry. 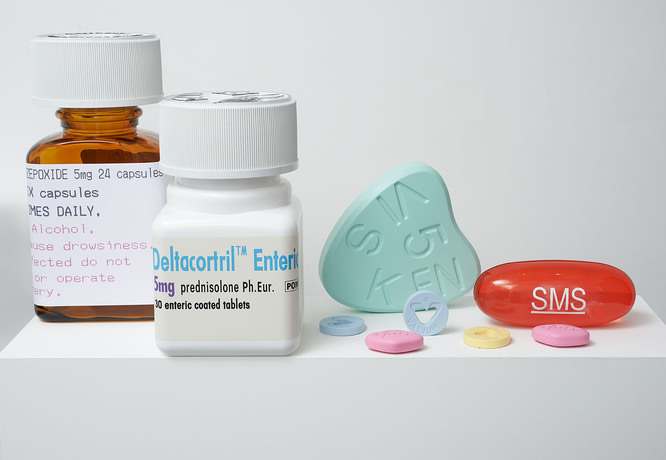 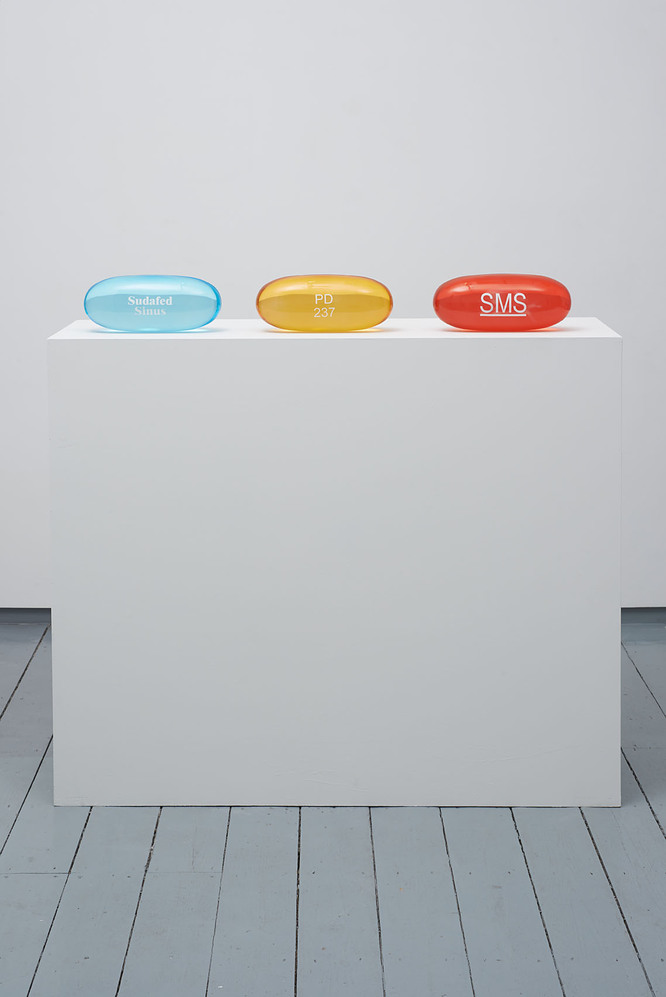 About The Artist
Damien Hirst was born in 1965 in Bristol and grew up in Leeds. In 1984 he moved to London, where he worked in construction before studying for a BA in Fine Art at Goldsmiths college from 1986 to 1989. Whilst in his second year, he conceived and curated a group exhibition entitled ‘Freeze’. The show is commonly acknowledged to have been the launching point not only for Hirst, but for a generation of British artists.

Since the late 1980s, Hirst has used a varied practise of installation, sculpture, painting and drawing to explore the complex relationships between art, life and death, explaining: “Art’s about life and it can’t really be about anything else… there isn’t anything else.” Through work that includes the iconic shark in formaldehyde, ‘The Physical Impossibility of Death in the Mind of Someone Living’ (1991) and ‘For the Love of God’ (2007), a platinum cast of a skull set with 8,601 flawless pavé-set diamonds, he investigates and challenges contemporary belief systems, and dissects the uncertainties at the heart of human experience. Hirst lives and works in Gloucester, Devon and London. 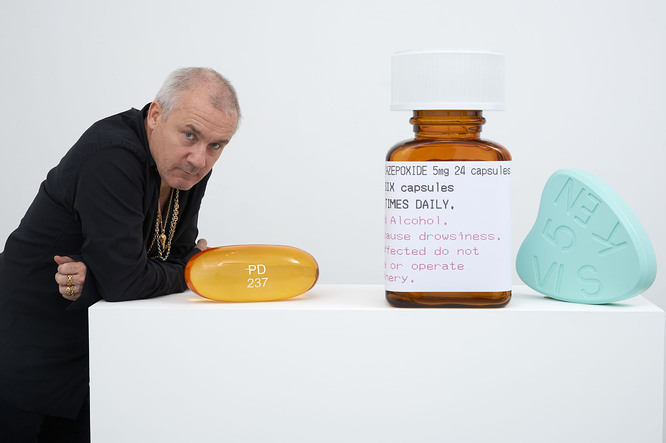 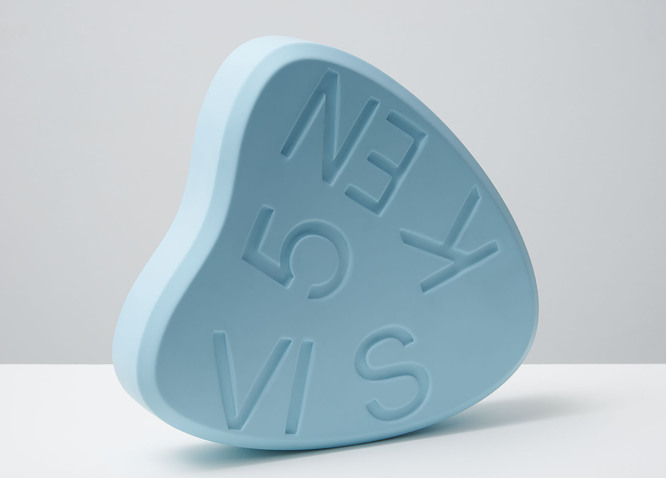 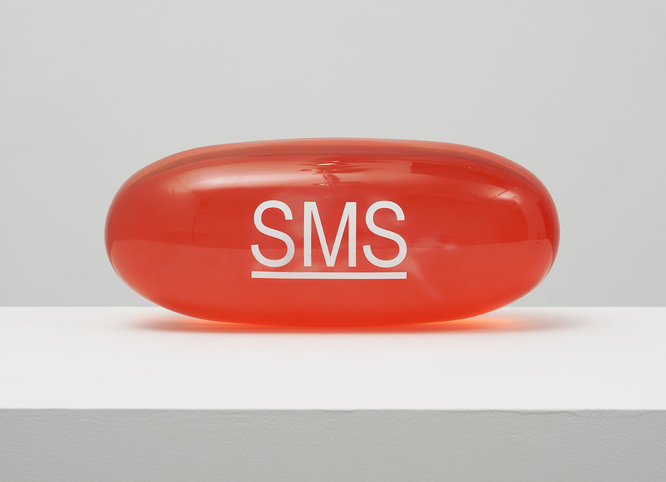 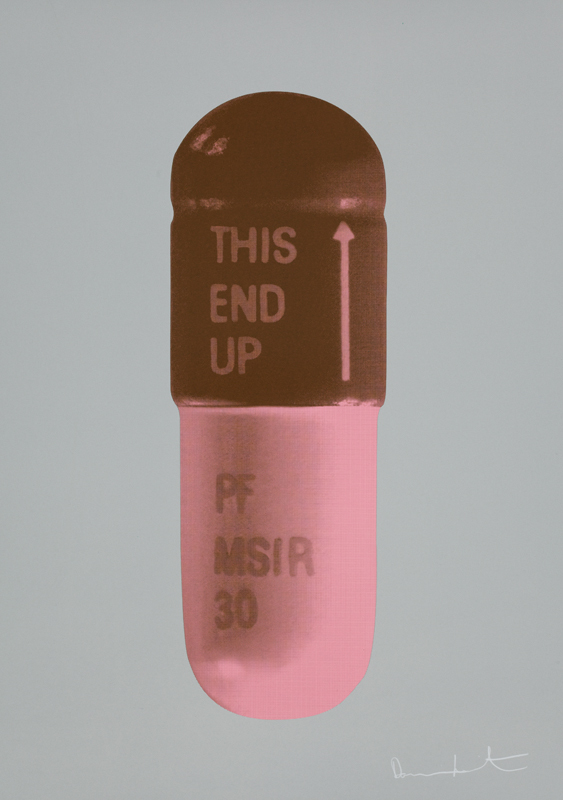 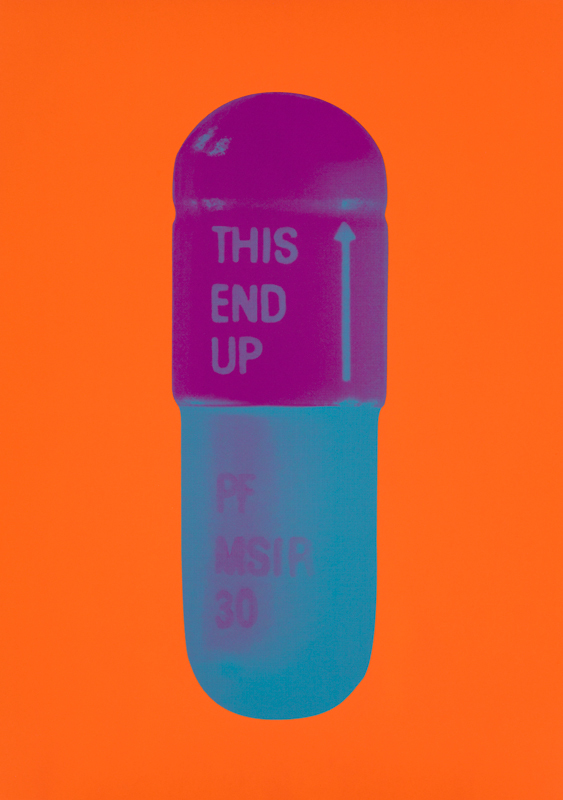 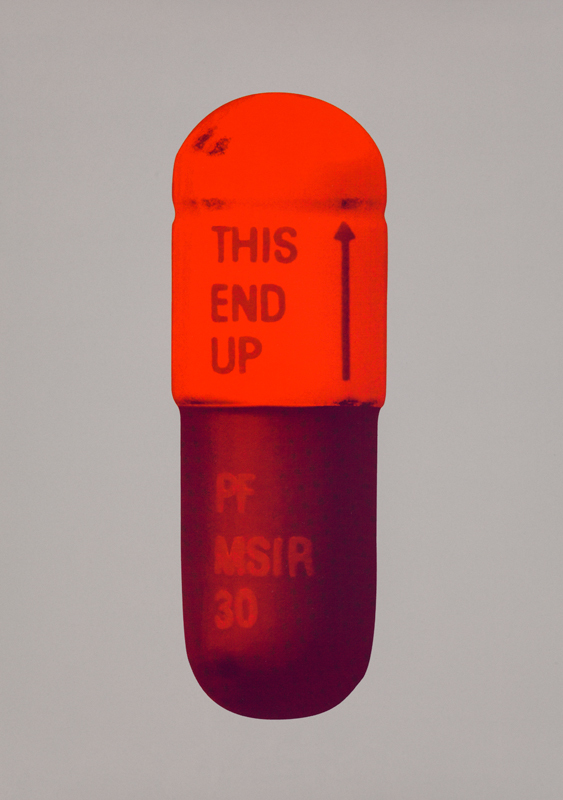 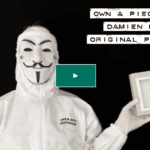 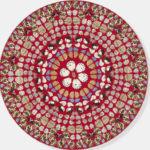