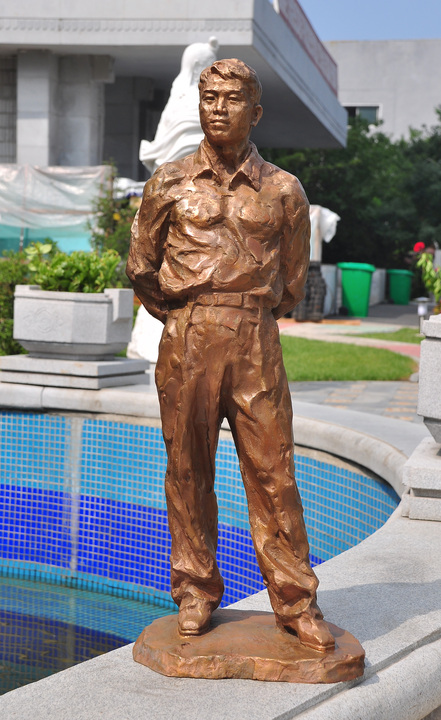 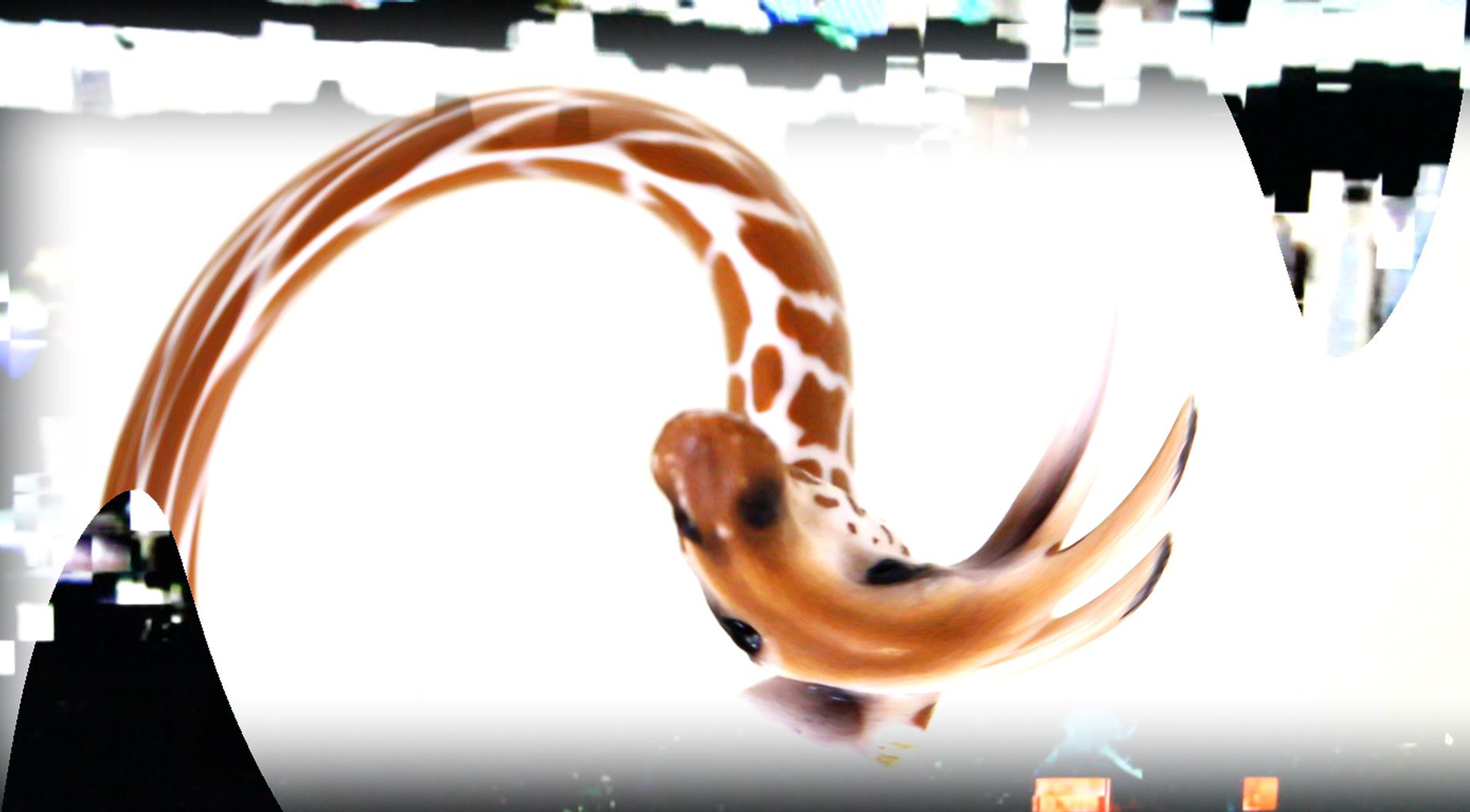 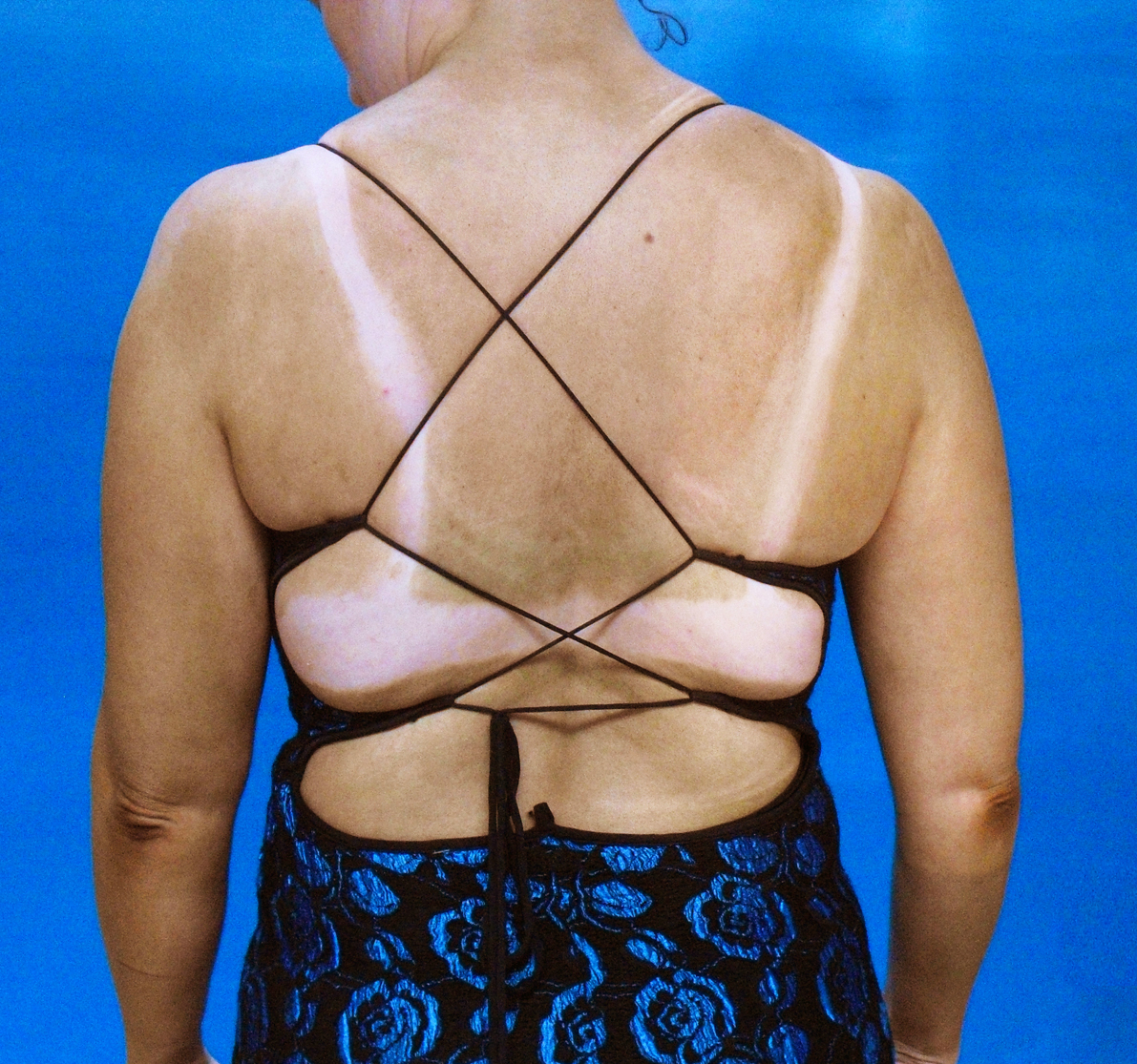 NICOLE MORRIS Your Love Will Fade 1

TTTT, a Jerwood Encounters exhibition curated by Sarah Williams, responds to recent developments and concerns amongst artists who are exploring sculpture and screen-based practices in new forms and materialities, in relation to language, technology, image dissemination, sentimentality and anxiety.
A series of reconfigured works will be shown alongside new works by Oliver Laric and Benedict Drew.

Oliver Laric’s Mansudae Overseas Project is a 75cm tall monument of a stock character, void of profession. The character is kept unspecific, as the method and place of production define its specificity. Laric commissioned this bronze statue with the Mansudae art studio in Pyongyang, the first work they have undertaken for a private individual. From the single bronze Laric received from Pyongyang, multiple copies have been produced.

Benedict Drew‘s new video work charts a hallucinatory and dyslexic reading of geology, modernist architecture and desire. Drew works with video, sculpture and music, to examine the tension between the analogue and the digital, their parallels and departures, through immersive works that confront this dichotomy in contemporary culture
.
Nicholas Brooks, Cécile B. Evans and Nicole Morris each present reconfigured work; Brooks will show self-made, found and specially manufactured objects staged alongside a screen-based presentation of objects; his interest in objects lies in an intimacy with the virtual. Evans’ work How happy a Thing can be incorporates both sculptural and video elements; 3D printed objects are set with a moving backdrop of a screen alluding to alternate location for these objects. Morris’ reconfiguration of Your Love Will Fade is presented within an environment created specifically for the exhibition; her work explores the performativity of a body in space, how the relationship is navigated and explored within both the filmic construct as well as the actual space of viewing.

Showing for the first time in London, Johann Arens’ film essay, a montage with an ancient depiction of Venus and Mars as its centrepiece, is an enquiry into the illicit tactile relation with artefacts, whilst also considering the recent proliferation of mobile touch-screen interfaces. Heather Phillipson will show a film experienced via a colourful sculptural viewing platform; Phillipson works across video, sculpture, sound, text and live events, splicing images, noises and objects from the digital and physical leftovers at hand.

A series of new works will be launched as part of the exhibition’s accompanying events programme. These will include a new performance by Nicole Morris; a film screening of How happy a Thing can be by Cécile B. Evans, co-commissioned by Radar, Loughborough University and Wysing Arts Centre; and a staging of a work in progress titled Friendly Things from the Future by Nicholas Brooks.

The curatorial motivation for TTTT was to explore the influence of the contemporary world on approaches to the making of sculpture and three-dimensional artwork. It takes into account the impact of the internet and digital environment on many artists work, seen in the way in which artist are exploring space, language, the body, our relationships to objects (things) and material, specifically in relation to the viewer.

Many of the works in the exhibition utilise screen-based and sculptural approaches, as a way of directing the viewer around, through or into the work. Traditionally sculpture has achieved this through its physical presence, form and materiality. Where screen-based, filmic and sculptural approaches are shown in configuration, further complications occur between viewer and ‘thing’.

The exhibition provides a space to consider how the way in which we perceive and navigate the world is changing as our lives become more mediated through a screen and how artists are responding to these concerns. While in the case of this exhibition, the acronym TTTT refers to the phrase ‘These Things Take Time’, an internet search engine further reveals other associated meanings – ‘Too Tired To Type’ ‘Too Tired To Talk’ and so on. These slippages subtly hint at rapid developments within our language which are influenced by the internet, and to our own experience of ‘things’ and ‘time’ which are also changing in the current technological, economic and political environment.

Blog posts by Shama Khanna, Jerwood Visual Arts writer in residence, will be published on the blog throughout the exhibition: blog.jerwoodvisualarts.org

Heather Phillipson (b.1978) completed at PhD in Fine Art Practice at Middlesex University, London (2008), a Post-Graduate Diploma in Drawing at Central St Martins, London (2004) and BA (Hons) in Fine Art & Aesthetics at University of Wales Institute Cardiff (2001). Forthcoming and recent solo presentations include: immediately and for a short time balloons weapons too-tight clothing worries of all kinds, Bunker 259, New York; Park Nights, Serpentine Gallery, London; Dundee Contemporary Arts, Dundee (all 2014); through the flesh-tone scenario, the imported combi-boudoir, Zabludowicz Collection, London; yes, surprising is existence in the post-vegetal cosmorama, BALTIC Centre for Contemporary Art, Gateshead, and touring to Grundy Art Gallery, Blackpool (2013/14). Phillipson is also an award-winning poet with recent publications by Bloodaxe, Penned in the Margins and Faber and Faber, and was a LUX Associate Artist in 2012. www.heatherphillipson.co.uk