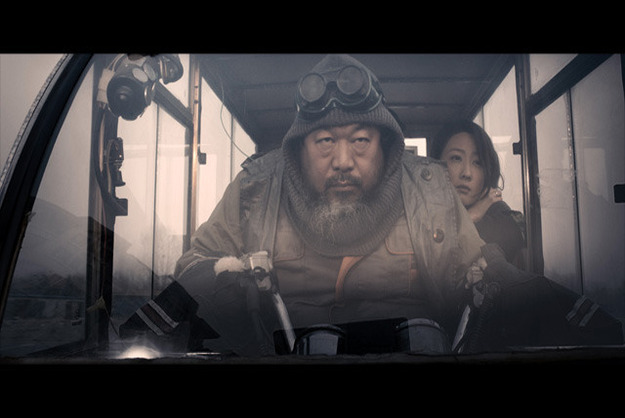 Ai Weiwei, Chinese renegade artist, has been the subject of a film before – the Oscar-nominated, Ai WeiWei: Never Sorry. Now, arguably China’s most famous and dissident artist is starring in a sci-fi short that was secretly produced and has come into the public consciousness thanks to its Kickstarter campaign.

Sand Storm by filmmaker Jason Wishnow, imagines a not-so distant apocalyptic future, with Ai WeiWei starring as a water smuggler in a world where water is scarce. The short film was made in China over the course of the year, all while trying to keep the production under wraps and away from the attention of government officials.

Wishnow was in China in search of inspiration and ‘creative solititude’ and eventually crossed paths with WeiWei through his connection to TEDTalks. The collaboration resulted in this guerrilla film being made on the back of loans and deferred payments. Now,through Kickstarter, the crowdfunding campaign has already surpassed its goal almost three-fold. Currently it is at $79,098 (it’s original goal was $33,000). The hope is that this ten minutes film will make the festival rounds, and eventually lead to a feature film.

The computer that helps you focus on your writing

GoodIdea: Vancouver Gallery Gets Around Crazy Real Estate Prices by offering an Artist Residency at Sea.