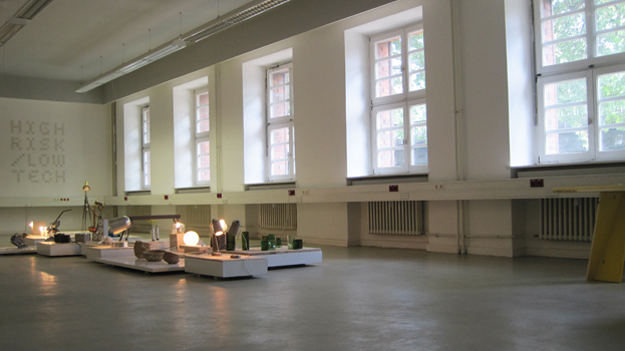 Opening on Wednesday April 23rd 7PM Muse Fuse will be back at NURTUREart Gallery. Brooklyn gallerist Leah Stuhltrager, of Dam, Stuhltrager will speak in an event moderated by Karen Marston, Brooklyn-based artist and President of NURTUREart’s Board of Trustees. Stuhltrager is visiting from Berlin where she has relocated and launched a multidisciplinary contemporary art and tech hub, The WYE.

In 2012, Stuhltrager opened The WYE, a contemporary Art and Tech hub which houses studios, co-working spaces and event spaces. Without receiving any public funding and not charging a penny over actual costs to anyone housed at The WYE – Stuhltrager attracted and carefully curated Berlin’s top creative and tech innovators (“doers”) to invite to join The WYE. Together those at The WYE support their own community by providing approximately $10,000 a month minimally in space and resources to support nonprofits as well as participate in fundraising effort.