SOMETHING FOR THE WEEKEND: The Deutsche Börse Photography Prize 2014 @TPGallery - FAD Magazine
Skip to content 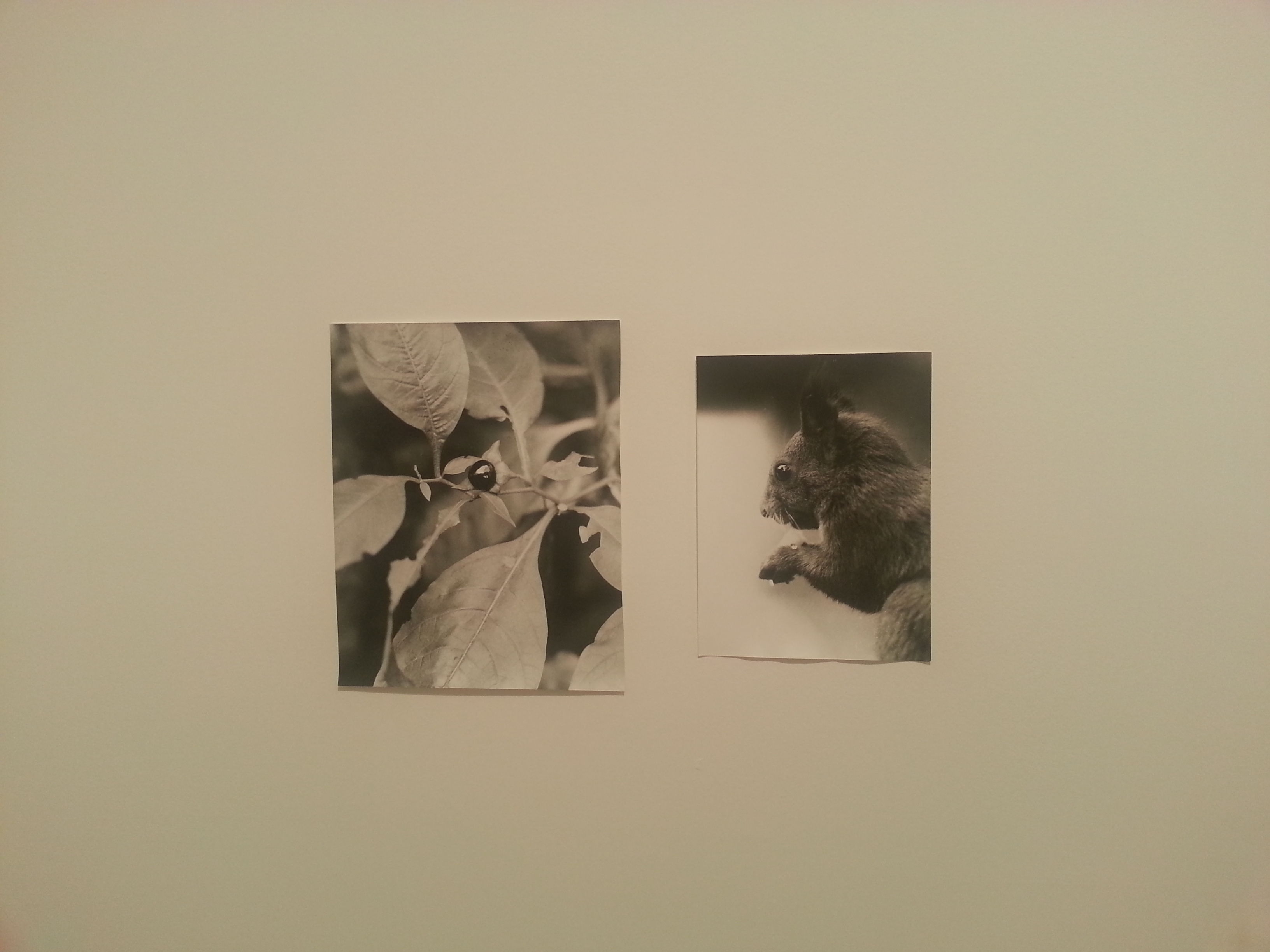 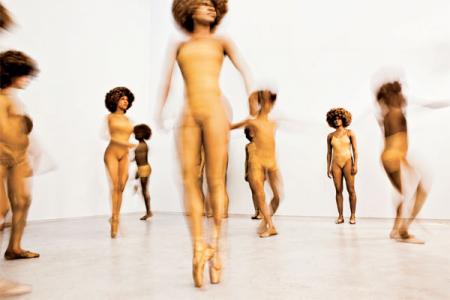 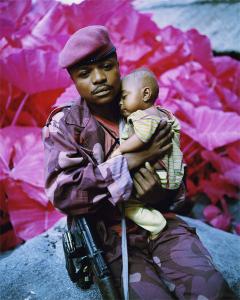 The four shortlisted artists have been nominated for the following projects:

Alberto García-Alix (b. 1956, Spain) is nominated for his publication Autorretrato/Selfportrait, La Fabrica Editorial (2013). The book features black and white self-portraits which offer an insight into the artist’s life over nearly four decades. These include the upheavals at the end of Franco’s dictatorship in the early 70s through newly gained liberties in the mid-80s and into the present day. The works reflect a life of both intimacy and excess, where photography is used to mediate experiences, fears, neuroses and inner battles. His tense and lyrical images blur – visually and metaphorically – the line between self-reflection and staged portraits. In his wider practice, García-Alix also combines photography with writing and video work.

Jochen Lempert (b. 1958, Germany) is nominated for his exhibition Jochen Lempert at Hamburger Kunsthalle (22 June – 29 Sept 2013). Originally trained as a biologist, Lempert has been using photography since the early 1990s to study humans and the natural world. His approach is scientific and poetic as well as humorous. Always working in black and white, his work engages with a diverse range of subjects and genres, ranging from everyday views, to abstracted details. Photographic series alternate with single pictures, highly contrasted images with almost blank papers, through which multiple links and subtle associations are woven.

Richard Mosse (b.1980, Ireland) is nominated for his exhibition The Enclave at Venice Biennale, Irish Pavilion (1 June – 24 November 2013). Mosse documents a haunting landscape touched by appalling human tragedy in eastern Democratic Republic of Congo, where 5.4 million people have died of war related causes since 1998. Shot on discontinued military surveillance film, the resulting imagery registers an invisible spectrum of infrared light, and renders the jungle warzone in disorienting psychedelic hues. At the project’s heart are the points of failure of documentary photography. It is an attempt to find an alternate strategy to adequately communicate this complex and horrific cycle of violence.
?
Lorna Simpson (b. 1960, USA) is nominated for her exhibition Lorna Simpson (Retrospective) at Jeu de Paume, Paris (28 May – 1 September 2013). Simpson’s work links photography, text, video installations, most recently archival material and found objects. Emphasizing a conceptual and performative approach, she explores themes of gender, identity, culture, memory and body. Simpson works within the charged duality of past and present, word and image but also plays with the interplay between still and moving images.

The Photographers’ Gallery
The Photographers’ Gallery opened in 1971 in Great Newport Street, London, as the UK’s first independent gallery devoted to photography. It was the first public gallery in the UK to exhibit many key names in international photography, including Juergen Teller, Robert Capa, Sebastião Salgado and Andreas Gursky. The Gallery has also been instrumental in establishing contemporary British photographers, including Martin Parr and Corinne Day. In 2009, the Gallery moved to 16 – 18 Ramillies Street in Soho, the first stage in its plan to create a 21st century home for photography. Following an eighteen month long redevelopment project, the Gallery reopened to the public in 2012. The success of The Photographers’ Gallery over the past four decades has helped to establish photography as a recognised art form, introducing new audiences to photography and championing its place at the heart of visual culture. www.thephotographersgallery.org.uk

Deutsche Börse
Deutsche Börse Group is one of the world’s leading exchange organisations and – as part of its Corporate Responsibility approach – one of the most important promoters of photographic art. The Group has been collecting contemporary photography since 1999. The Art Collection Deutsche Börse comprises more than 1,000 works by approximately 90 international artists. The works are exhibited at the company’s main locations in Eschborn/Frankfurt, London, Luxembourg, Prague and Zurich. The company also supports exhibition projects of international museums and institutions. Further information on the collection can be found at www.deutsche- boerse.com/art

The Photography Prize History
Founded in 1996 by The Photographers’ Gallery, and now in its seventeenth year, the Prize has become one of the most prestigious international arts awards and has launched and established the careers of many photographers over the years. Previously known as the Citigroup Photography Prize, the Gallery has been collaborating with Deutsche Börse Group as title sponsors since 2005. Winners of the Deutsche Börse Photography Prize 2013 were Adam Broomberg and Oliver Chanarin for their publication War Primer (2012, MACK). Other past winners include Paul Graham, Juergen Teller, Rineke Dijkstra, Richard Billingham and John Stezaker.

Jochen Lempert
Jochen Lempert (b. 1958) lives and works in Hamburg. Lempert has established a strong reputation with solo exhibitions at international art institutions including the Museum Ludwig, Cologne and Midway Contemporary Art, Minneapolis, as well as with contributions to major group shows such as Intense Proximité, Palais de Tokyo, Paris (curated by Okwui Enwezor). In 2005 Lempert received the Edwin-Scharff-Award of the city of Hamburg. www.projectesd.com

Richard Mosse
Richard Mosse (b.1980 Ireland) holds an MFA in photography from Yale University, and a PG Dip in fine art from Goldsmiths, as well as degrees from King’s College London and The London Consortium. He represented Ireland in the 55th Venice Biennale, 2013. His work has been exhibited at the Akademie der Künste, Berlin; Bass Museum, Miami; Frankfurt Biennale; Kemper Museum of Contemporary Art, Kansas City; Kunsthaus Munich; Musée des beaux-arts de Montréal; Museum of Contemporary Art Chicago; Open Eye Liverpool; Palazzo Strozzi, Florence. Mosse is the recipient of a Guggenheim Fellowship (2011), and a Leonore Annenberg Fellowship in the Performing and Visual Arts (2008-2010). Aperture Foundation have published two monographs by Mosse: Infra, 2011 (co-published by Pulitzer Center on Crisis Reporting), and The Enclave, 2013. www.richardmosse.com

Lorna Simpson
Lorna Simpson was born in 1960 in Brooklyn, New York, and received her BFA in Photography from the School of Visual Arts, New York, and her MFA from the University of California, San Diego. Her work has been exhibited at the Museum of Modern Art, New York; The Museum of Contemporary Art, Chicago; the Miami Art Museum; the Walker Art Center, Minneapolis; and the Irish Museum of Modern Art, Dublin. She has participated in such important international exhibitions as the Hugo Boss Prize at the Guggenheim Museum, New York, and Documenta XI in Kassel, Germany. She has been the subject of numerous articles, catalogue essays, and several monographs. Her first mid-career survey has been exhibited at the Los Angeles Museum of Contemporary Art, the Miami Museum of Art, the Whitney Museum of American Art, New York, the Kalamazoo Institute of Art, Michigan, and the Gibbes Museum in South Carolina. Her recent traveling retrospective premiered at the The Jeu de Paume in Paris last spring and is currently on view at the Haus der Kunst in Munich. www.lsimpsonstudio.com

The online exhibition Space is Time looks back through Andreas Gursky’s oeuvre, from Paris, Montparnasse (1993) to Tokyo (2017) to his most recent body of work, surveying Gursky’s relationship to the art of cinema, the power of photography to suspend or expand time, and the effect of smartphones on “the way we see.” 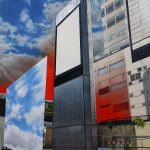 The Southbank Centre and its partners have announced additional digital initiatives including Shankar 100, Beethoven 250, a digital tour of Among The Trees exhibition at Hayward Gallery, and daily curated content celebrating past artistic highlights crossing decades and genres