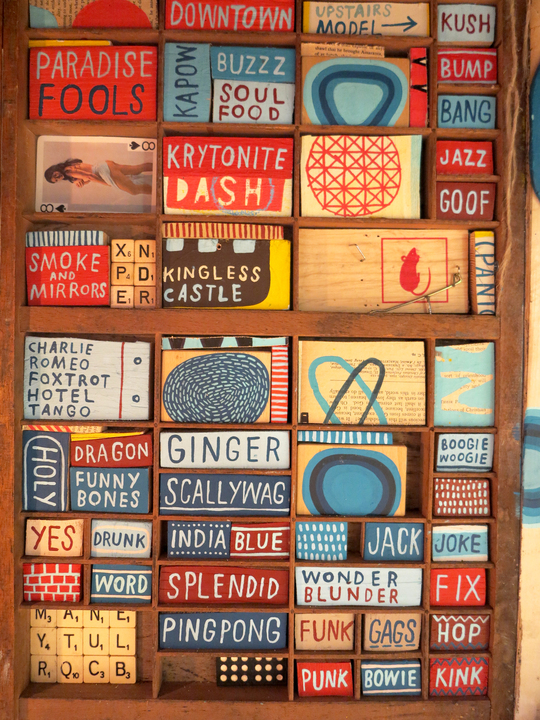 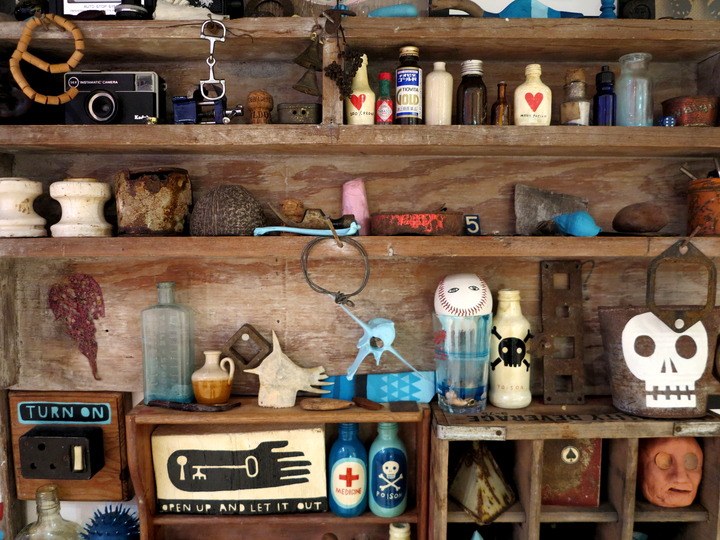 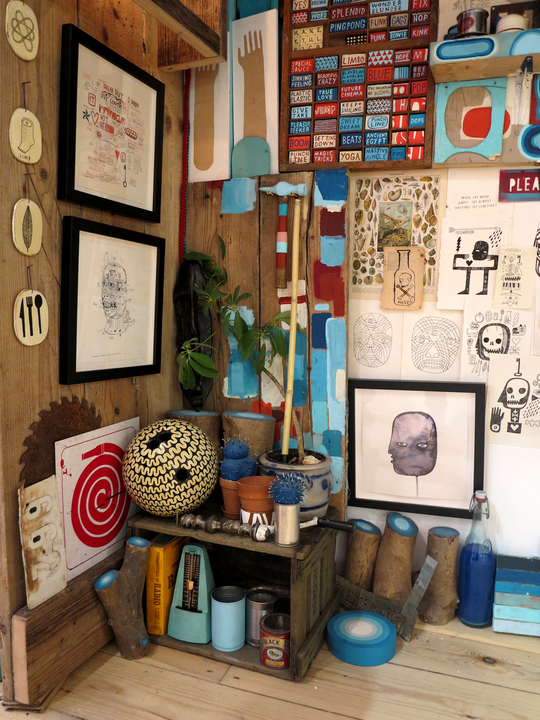 Just Opened Scream Editions is taking its newly launched online print gallery to the busy streets of Soho with an exciting pop-up just off London’s iconic Carnaby Street at 20 Foubert’s Place. As well as prints from their roster of artist’s you can also see The Cosmic Kiosk from David Shillinglaw.

The Cosmic Kiosk
Part shantytown souvenir shop, part shamanic medicine temple, The Cosmic Kiosk gestures toward a number of spaces. A place where potted plants rub against framed drawings, rusty tin cans lean up against carefully constructed assemblages. The viewer is invited to get lost amongst the clutter, joining the dots and freely building associations and meaning within the chaos. The collection of objects and images attempt to blend and blur the boundaries between gallery, studio, home and place of worship. The site-specific installation aims to deliberately confuse the focus on where art begins and reality ends.

“In all chaos there is a cosmos, in all disorder a secret order.”
-Carl Jung

Inspired by a variety of trips to far reaching lands, in particular a Vietnamese inconvenience store located deep in the jungle island of Phu Quoc, and shamanic huts on the river banks of The Gambia, the Cosmic Kiosk mixes objects of material value with objects of pure sentimentality. Highlighting the spirit of an object and celebrating the magic that can be placed or contained within any object or image. 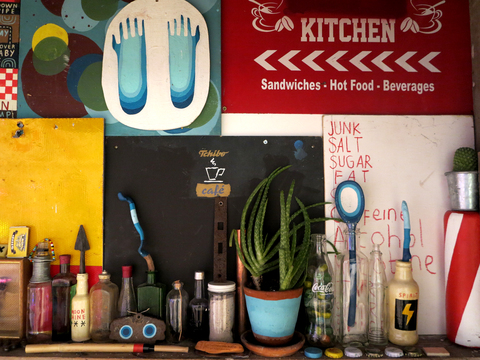 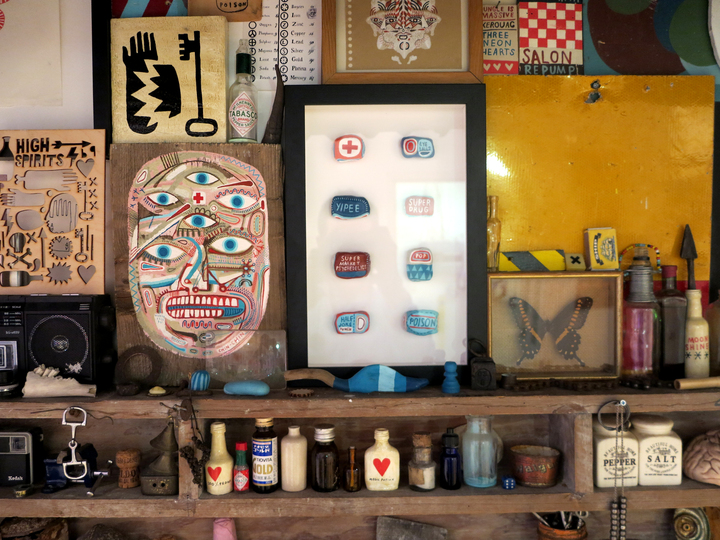 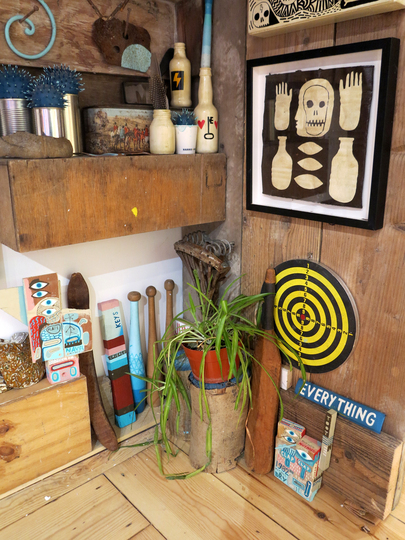 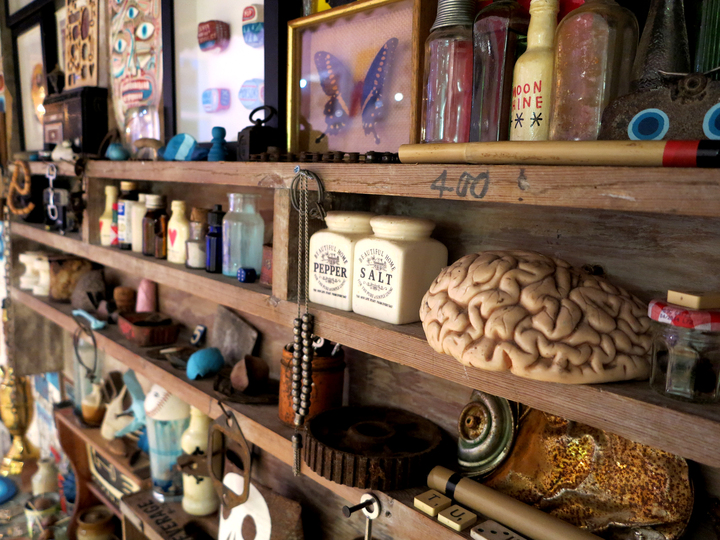 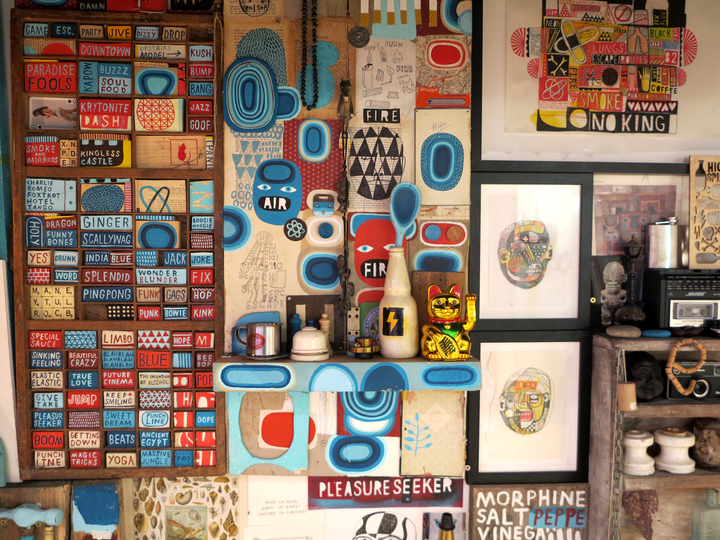 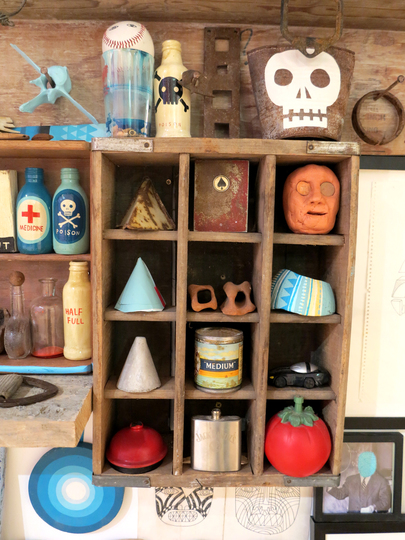 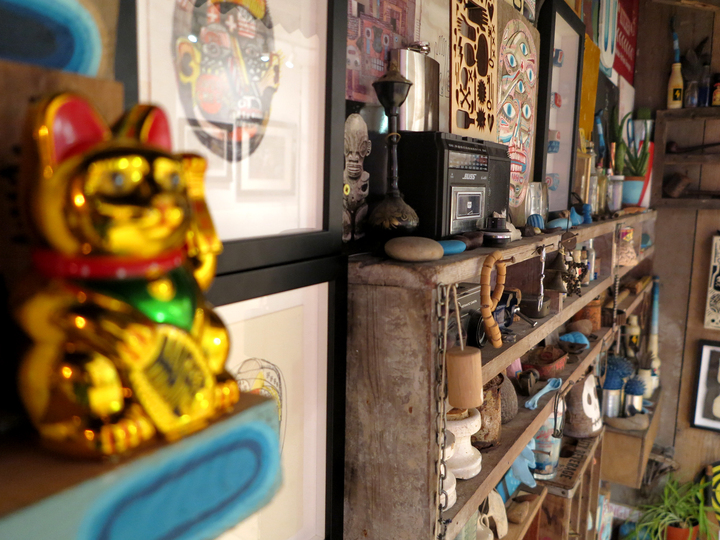 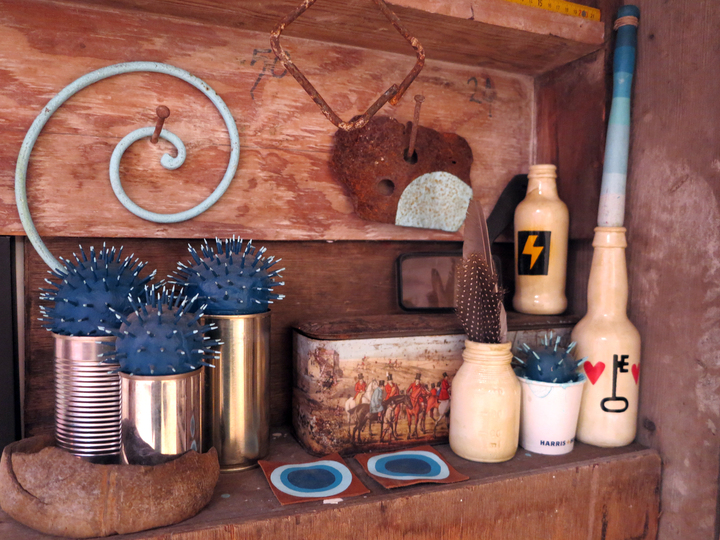