DevArt by Google with the Barbican, explores art made with code, by developers using technology as their canvas and code as their raw materials to create innovative, interactive digital art installations. The project is designed to inspire the next generation of developers and artists by highlighting coding as a creative art form. It seeks to push the boundaries of what is possible when art and technology come together. To tell the world about DevArt, Google have created an online platform where you can follow the creative process, and watch their journey unfold—from concept and early sketches to the finished piece.

As part of DevArt, Google are seeking to commission an up and coming developer to create a new digital art installation. The winner’s work will be showcased as part of the Barbican’s Digital Revolution exhibition, alongside newly commissioned works by some of the world’s finest interactive artists Karsten Schmidt , Zach Lieberman, and the duo Varvara Guljajeva and Mar Carnet.

“We are delighted to be working with Google on DevArt. Our teams have worked together to devise a series of innovative new commissions for the Digital Revolution exhibition, highlighting code as a powerful new form of creative expression.”

“The Barbican’s mission is to showcase innovative new forms of arts practice and DevArt powerfully illustrates the creative possibilities of working with code. We are delighted to be able to show the DevArt winner as part of the Digital Revolution exhibition, providing a unique opportunity for a talented creative coder.”

The DevArt competition seeks an idea that pushes code and technology beyond what was previously thought possible. All entries must use a blend of technologies including at least one Google technology. The final submission will be more than just a finished piece, it will inspire through the demonstration of it creative process along the way.

“What we’re looking for is how developers have used technology to create art with their code. How they’ve really pushed what is possible with all the new tools available to them and how they’ve brought to life an original idea, executed flawlessly both technically and creatively.”

In addition to the three DevArt commissioned interactive artists, the competition will be judged by Steve Vranakis, Executive Creative Director at Google Creative Lab, Paul Kinlan, Developer Advocate at Google, and Conrad Bodman, Curator of Digital Revolution exhibition at Barbican. 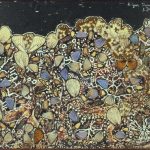 Barbican Art Gallery has announced that it will reopen its doors to the public on Monday 13 July 2020, in line with government guidelines and with new safety measures in place.