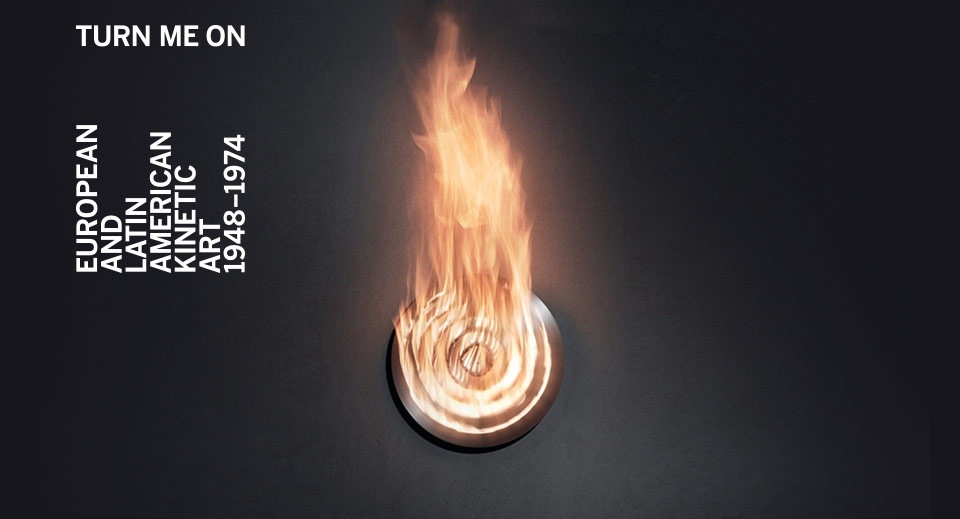 Turn Me On, European and Latin American Kinetic Art 1948-79 is at Christie’s Mayfair until 7th April.

Whether it is 108 polystyrene bricks, bouncing light or hundreds of nails attached to old sailcloth, the works of art at a newly opened exhibition all have one thing in common: they move – some almost imperceptibly, others at alarming speed.

More than 60 kinetic artworks will be on display for six weeks at the new Mayfair gallery space of the auction house Christie’s.

“It is a very broad term, which in general means works that are moving,” said the Christie’s specialist Jacob Uecker. “But the question is: how are they moving? So there are works in the show that are motorised as well as pieces which appear to move as the viewer moves around it.

“It is often a lot about incorporating the spectator – the viewer, us – into the idea of the work itself.”

Christie’s hopes the show, over three floors, will be an eye-opener, and believes it is the first exhibition of its kind to be held in London since 1970. It also hopes some people might want to buy works.

The show is an example of how the major auction houses have recently moved aggressively into the private sales market. The show is free, and anyone can visit, but rich buyers are especially welcome.

The show are all examples of European and Latin American kinetic art between 1948 and 1979.

“In the past, kinetic art has been seen as a genre in itself, which is completely untrue,” said Uecker.

“You have a lot of very different artists who are exploring ideas and new artistic tendencies through the use of new technologies and materials. There are so many different ideas of what kinetic art is. It’s not a movement.”

What links the artists is that they were all of a generation that in the aftermath of the second world war was exploring new materials and possibilities. They were all artists who believed art had to be more than something to merely look at – that it should attempt to change the way we perceive things.

There are works by founding members of a group that called itself the Zero group, including Heinz Mack and Günther Uecker – Jacob’s father – who is represented by a 1965 work called New York Dancer, which is nails on a piece of sailcloth that flies around at speed like a whirling dervishwhenever someone presses a red button with their foot.

Other works are on timers, so visitors can spend a lot of time looking at no movement whatsoever before a piece suddenly springs to life.

Some works are more out of reach than others. For example, the idea with Bernard Aubertin’s 120 matches on a spinning plate is for someone to light the matches. “We couldn’t light it in here but you can see the potential energy that it holds … It’s ready to go,” Uecker said.

There is a real sense of fun about many of the works. “Hopefully, people might come and look at, for example, geometrical compositions or fluorescing lights spinning around, and walk out and look at their environment differently,” he said.

www.christies.com/galleries/turn-me-on/
Turn Me On, European and Latin American Kinetic Art 1948-79 is at Christie’s Mayfair until 7 April.