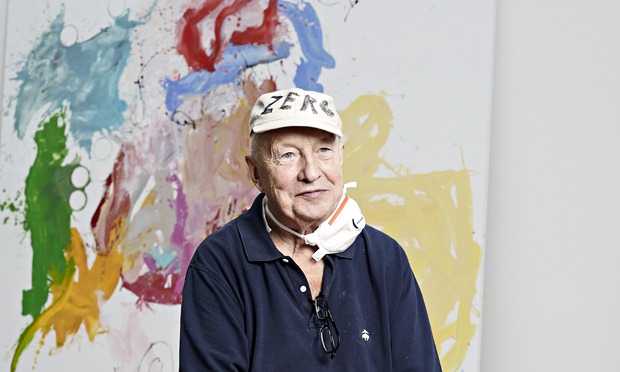 George Baslitz in his studio 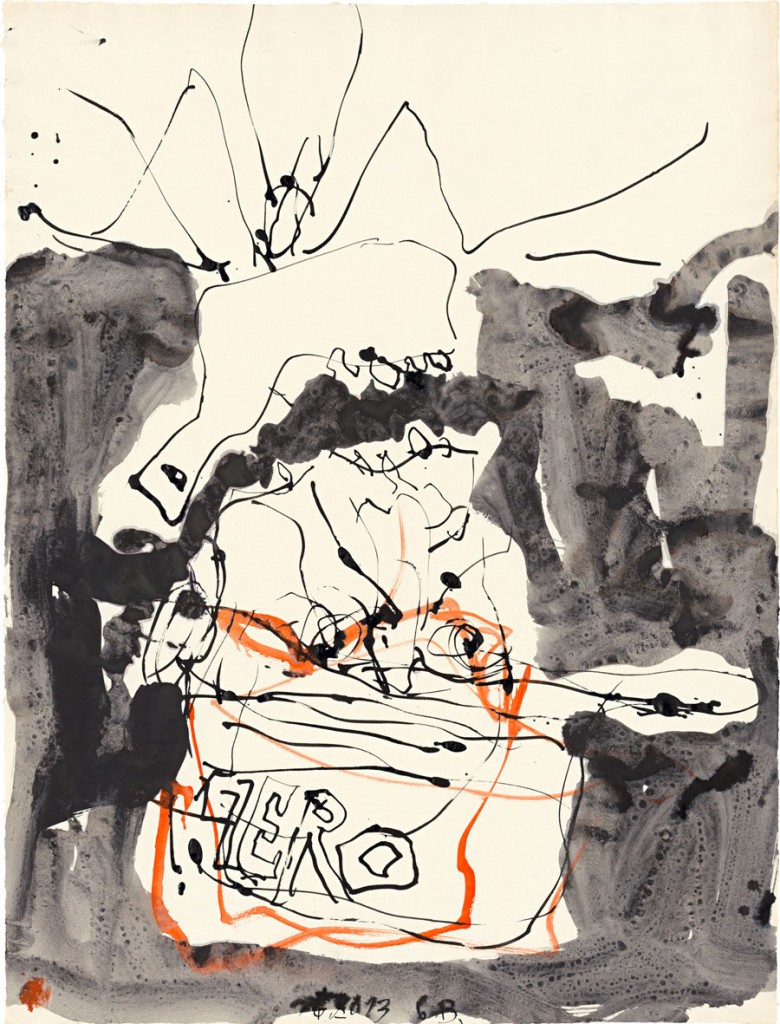 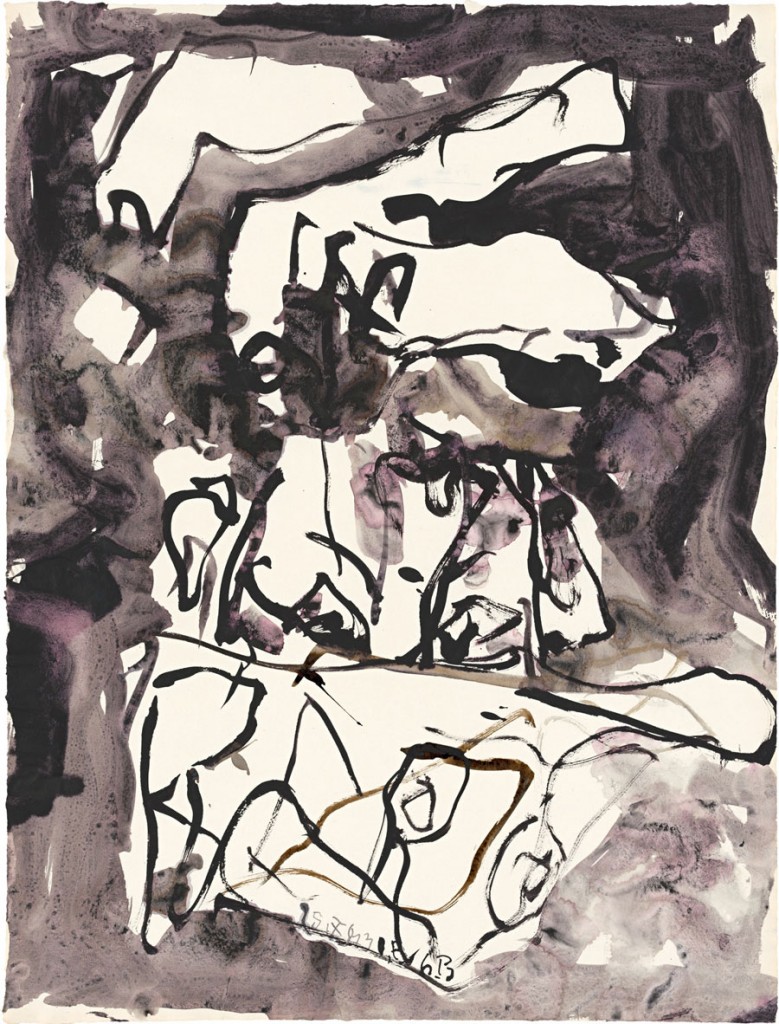 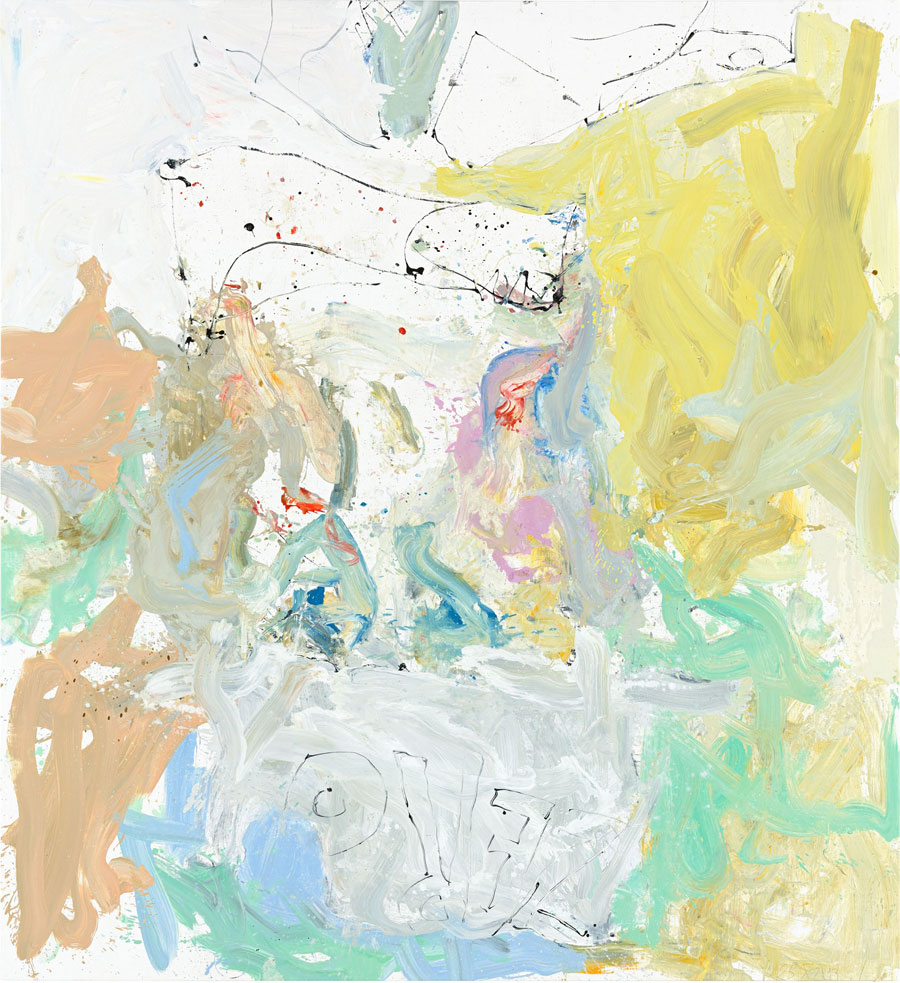 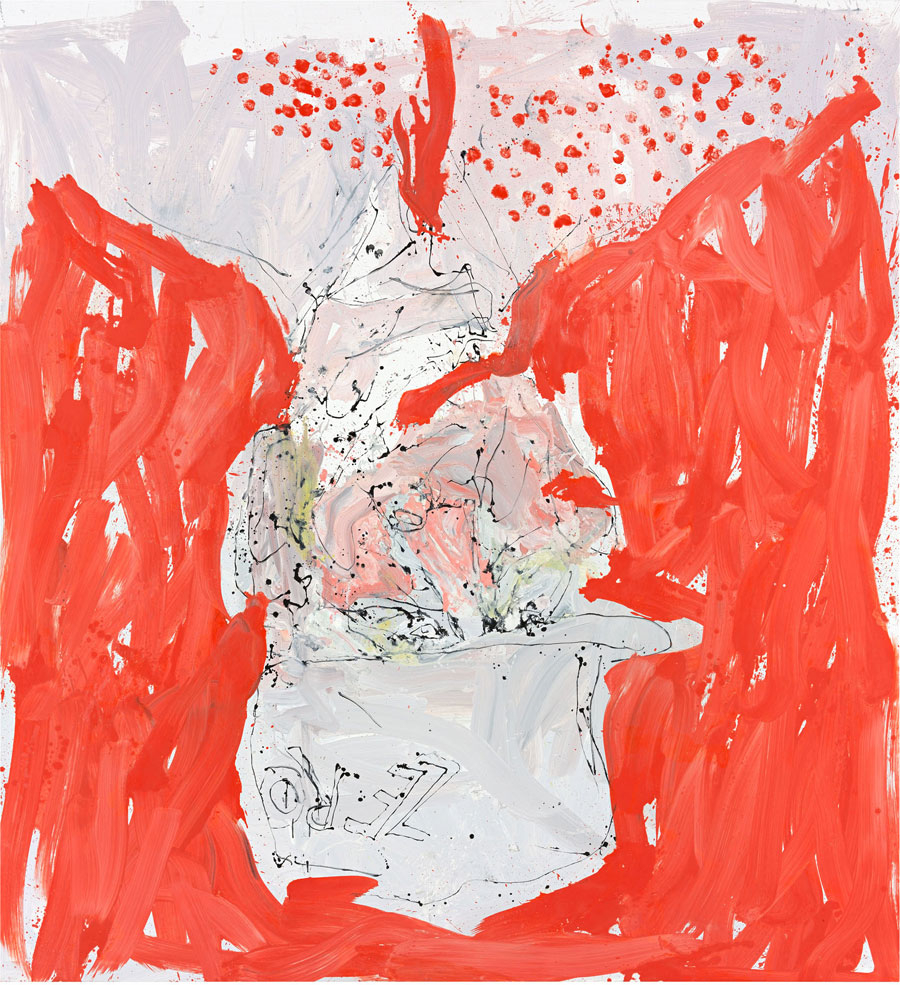 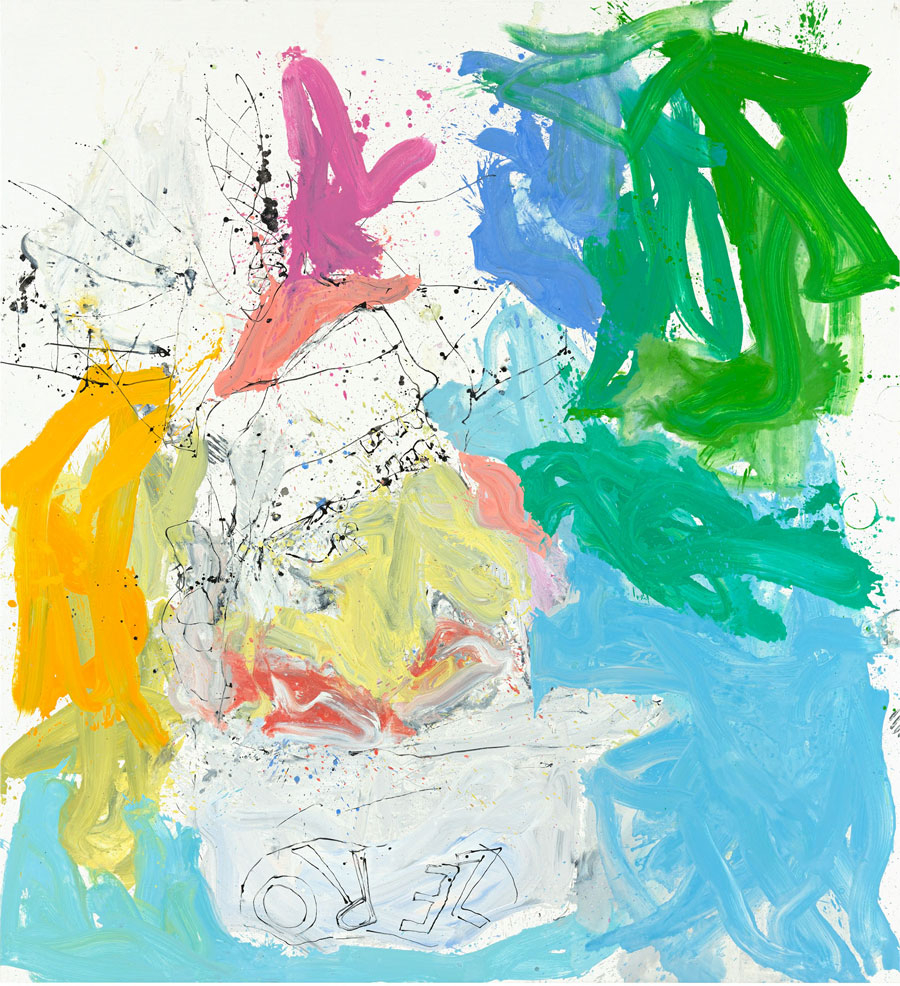 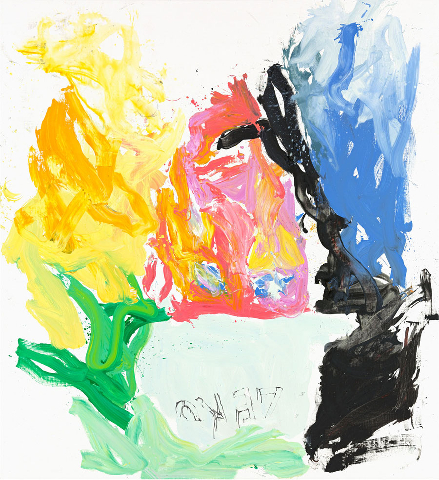 Most of what you see as freedom is de Kooning.
—Georg Baselitz

“Farewell Bill,” is an exhibition of new paintings by Georg Baselitz.

Seeking to expand the scope of traditional representation in art, Baselitz has constantly revisited and reimagined his chosen subjects over time. In this new series, he co-opts figuration as a vehicle for expression in energized, intuitively painted self-portraits—a new approach in his persistent subversion of the painted subject. Marking a clear departure from the retrospective impulses of the Remix paintings of the past decade, these vibrant new works focus afresh on the affirmative act of painting.

Baselitz intentionally deprived himself of any overview of the works while in progress, rapidly painting each section of the canvas on the floor, then moving over to the next. Impressions of paint cans and footprints are traces of this process while each brushstroke records a decisive action. Titled with variations on the phrase Willem raucht nicht mehr (which translates literally as “Willem’s no longer smoking” and figuratively as “Willem’s no more” or “Farewell Willem”), these color-rich, instinctively painted self-portraits pay direct homage to the gestural figures of Willem de Kooning, whose primal paintings Woman I and Woman II Baselitz encountered as a student in 1958. Bursts of pure red, yellow, blue, and green echo de Kooning’s abstract paintings of the 1970s, five of which were presented alongside Baselitz’s early work in the pivotal exhibition “A New Spirit in Painting” of 1981 at the Royal Academy in London.

Like de Kooning’s paintings of the period, Baselitz’s new works impart a watercolor-like fluidity, achieved through the thinning of oil paints with turpentine and their swift, loose application. Riffs on his own likeness transcend representation, imparting sublime moments of intuition and physicality. Disrupting the painted subject both visually and symbolically, Baselitz repeatedly portrays himself upside down, wearing a cap marked “ZERO” (the name of his paint supplier). Silhouettes are conveyed in the thin, intertwining lines of a reed brush, while explosive color fields reveal new painterly atmospheres.

Baselitz is also known for his distinctive approach to sculpture: his roughly hewn and boldly painted wooden figures fuse traditional woodcarving techniques with primitivist and folk art impulses. He has also explored large-scale bronze casting. Folk Thing Zero (2009), a painted bronze self-portrait, is derived from a carved wooden form where the staccato hacks and scars of the original surface translate into a seamlessly cast sculpture. It is by thus conflating a range of dynamic influences through audacious methods that Baselitz continues to upend perceived limits of representation.

“Germany Divided: Baselitz and His Generation,” is on view at the British Museum, London -August 31st.

A selection of works from Baselitz’s private collection will be presented in “Renaissance Impressions: Chiaroscuro Woodcuts from the Collections of Georg Baselitz and the Albertina, Vienna,” on view at the Royal Academy of Arts, London from March 15th–June 8th, 2014.

‘Am I supposed to be friendly?’ Interview with Georg Baselitz: The Guardian