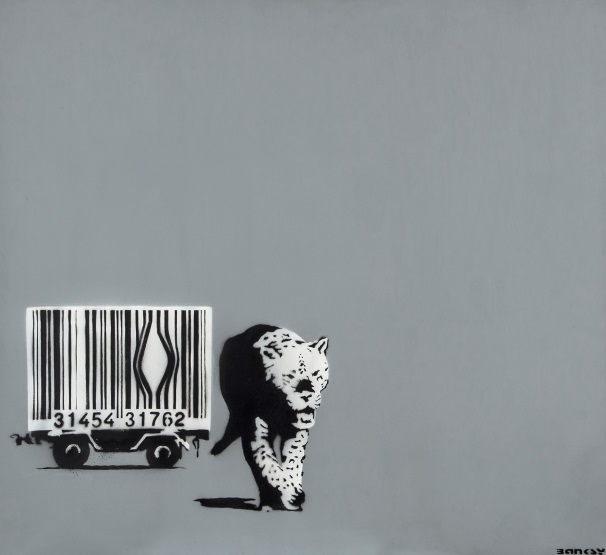 A previously unseen and unique variant from Banksy’s Barcode Leopard series of works, signed by the artist, is the largest painted canvas so far seen on the auction market. At 84 x 91.5 cm, the canvas has been in a private London collection for the past 10 years, having been purchased by the vendor from a friend of the artist. The signature image will be recognisable to Bansky aficionados as the series includes both an editioned series on canvas, and screenprints on paper. The painting has been authenticated by Pest Control Office, London and is offered at £80,000 – 120,000. [Lot 141] 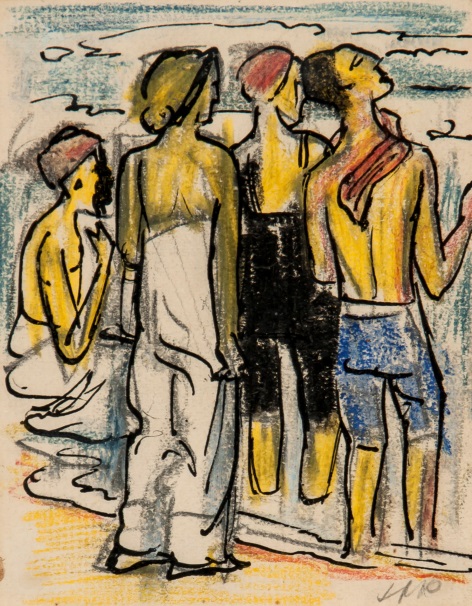 A newly-discovered pastel drawing by the German Expressionist, Max Pechstein, was amongst a group of paintings purchased from a car boot sale in Essex five years ago. The purchaser was unaware of what he had in his possession until he showed it to Dreweatts & Bloomsbury Auctions Modern and Contemporary Art specialist, Angus Maguire. Mr. Maguire’s instinct proved correct when the painting was authenticated by the artist’s grandson. ‘On the Ligurian Coast’ now comes with a newly-procured certificate from Alexander Pechstein, Director of the Max Pechstein Estate, dated 1st August 2013. ????It is thought the painting was made probably in summer 1924 in Motorosso al Mare on the Ligurian coast of Italy. It is estimated at £3,000 – 5,000. 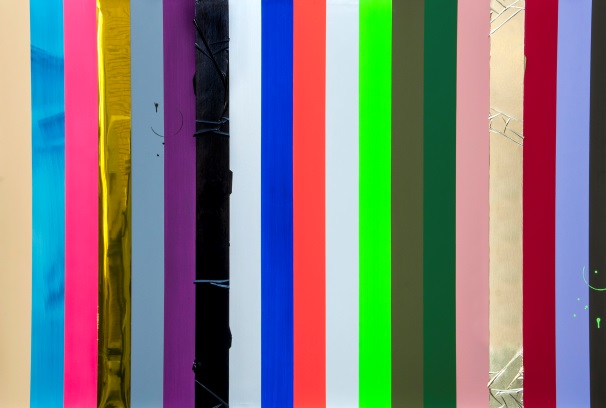 A three-metre long abstract painting by the German artist Anselm Reyle, who is well known for his large scale
work, is perhaps the most imposing in the sale. The signed and dated acrylic and foil on canvas, is one of a
well-regarded series for which he is known. He creates them using strips of foil arranged in Perspex boxes.
Designed to attract the interest of the viewer through bold colours and the shimmering effect of the foil they engage the senses through the texture of the materials used. It is estimated at £40,000 – 60,000.

A rare double-sided painting by Winifred Nicholson is offered as part of the Modern British section of the sale. Born in Oxford, Nicholson was a prolific artist and a number of her paintings are in the Government Art Collection and several major UK public galleries. One side was painted at the beginning of her career as a Parisian art student in the early 1930s and is entitled ‘Paris Lights’. It remained in the artist’s possession until she had completed the reverse some 40 years later, during the 1970s and is entiled ‘Still Life with Cyclamen’. The completed work was displayed for the first time in an exhibition at the Crane Kalman Gallery in London in 1981 and is estimated at £15,000 – 20,000.

Some 70 lots of post-war and contemporary artwork includes a collection of works by Young British Artists donated to The Colony Room, one of the most notorious late-night drinking dens in London. Frequented by Francis Bacon and his contemporaries in the 1960s it became a favourite haunt of the YBA’s in the 1990s. The Colony Room finally closed its doors in 2008 and these are the last of the company’s art works to be sold at auction. ‘Unicorn and Oak Tree, 1989’, a bronze with brown patina by Barry Flanagan, was acquired directly by The Colony Room as a gift from the artist and is estimated at £4,000 – 6,000.

Conceptual art from the 1970s and 1980s is highlighted by an early work from the highly-influential British artist Susan Hiller. Formed of 22 vintage postcards mounted onto seven separate cards, the work from her 1976 Rough Seas series is estimated at £8,000 – 12,000.
???????
The sale is on view at Bloomsbury House, Maddox Street, London, from Sunday to Wednesday 1-4 December , 9.30am – 5.30pm, Online bidding with no additional premium will be available via www.bloomsburyauctions.com.

Dreweatts & Bloomsbury Auctions are a UK ‘top 5’ auctioneer of fine art and collectibles. As part of Noble Investments (UK) PLC we are the only UK stock-exchange listed firm of auctioneers and occupy the same stable as coin specialists Baldwin’s, and Apex Philatelics. Established in 1759, we have the broadest and most regular calendar of specialist catalogued sales in the industry, numbering over 150 per annum, and provide vendors and buyers alike access to market-leading specialist advice in any number of collecting fields. We operate from salerooms in Donnington Priory (near Newbury), London’s Mayfair, Bristol and Godalming.