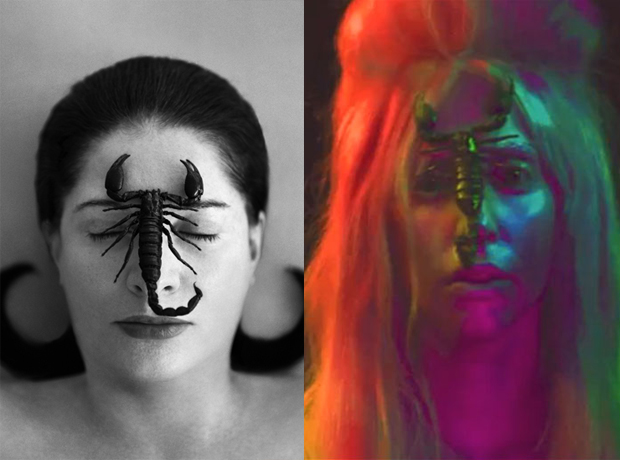 We like Lady Gaga’s album cover, made by Jeff Koons, and incorporating Sandro Botticelli’s 1486 painting Birth of Venus. The image set out her intention to make her new album, Artpop, released around the world this week, as stylistically relevant to the artworld as possible.

The Dutch photographers and Gagosian artists, Inez and Vinoodh, shot the video and cover for her first single, Applause. The singer made her own Marina Abramovi? Method video to promote Marina’s Kickstarter campaign, and drew on the Serbian performance artist’s work when coming up with images for her new Aura single, above.

More recently, in an interview for sponsors 02, Gaga explained,

“the intention of the album was to put art culture into pop music, a reverse of Warhol. Instead of putting pop onto the canvas, we wanted to put the art onto the soup can.”

It’s an interesting idea, though perhaps Warhol is a bad example. While working as a commercial illustrator, Andy designed plenty of record covers; he went on to manage, and in some respects produce his own group, The Velvet Underground, and he continued to collaborate with recording artists, including Grace Jones, Debbie Harry and The Rolling Stones. What’s more, Warhol was quite comfortable placing his art, if not on soup cans, then certainly in the advertising campaigns of Perrier, Halston, and Absolut Vodka. 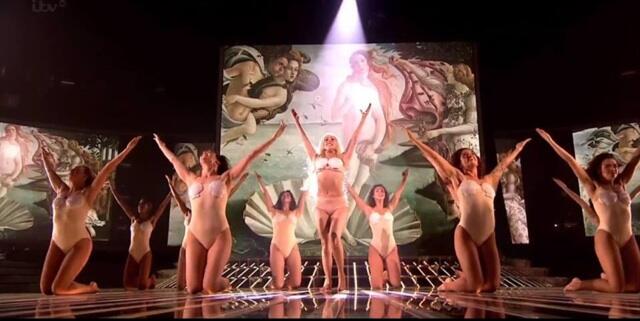 Gaga’s Botticelli inspired X-Factor performance
Still, we are looking forward to her Artrave. A kind of superannuated launch party, Gaga says via her Twitter feed that it will be the place to see “ART MUSIC FASHION + TECHNOLOGY explode into flight.” Via: uk.phaidon.com

Jeff Koons to go to Oxford