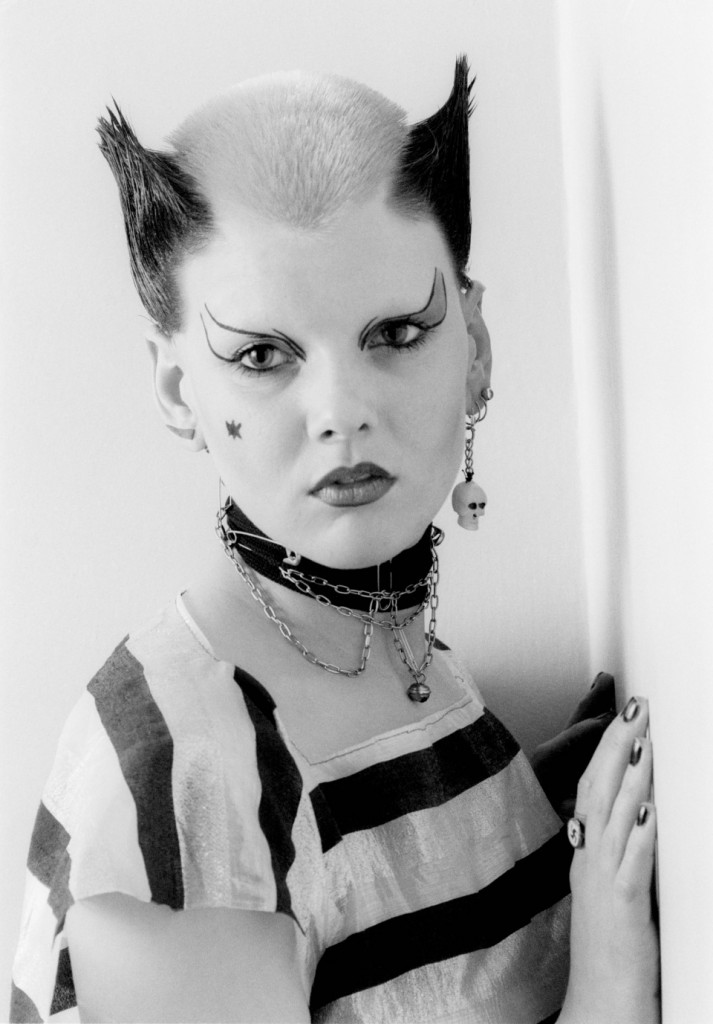 Through to 15th November 19 Motcomb Street
Born in a time of economic unrest, political disillusionment and cultural complacency, punk rock burst into being in the mid 1970’s. Given life by an almost haphazard set of chance encounters by very few individuals, its birth brought about an unprecedented eruption of creative self expression, which some people argue lasted only for 100 days in its true form. While punk was fleeting, the tenacity and ferocity with which it attacked the establishment changed our cultural landscape forever.

In stark contrast to today, personal ownership of a camera was rare in the 1970’s. Therefore, it came down to a very few young photographers who had the energy, the guts and the intelligence to understand the incredible importance of punk. They showed the world this incredibly poetic and rare moment of true artistic intent. ‘Photography of Punk’ brings together imagery that holds great visual importance and artistic significance. Our aim is to present iconic compositions that have remained in our cultural consciousness and are now, 40 years after the event, becoming recognised for their true artistic worth.

Punk was characterised by a desire to shock outrage and disturb. Its participants, many of which are captured in the compositions, embraced aggressive right wing imagery, excessive latex bondage garb and politically confrontational music capable of goading the mainstream out of mediocrity. Nowhere is this better represented than by the “Two Cowboys ” t-shirt, created by Malcolm McLaren and Vivienne Westwood and sold in their shop SEX. It belonged to series of provocative designs that caused public outcry, often with the wearers being arrested for indecent display. Tom of Finland has been repeatedly cited as authoring the notorious image on the t shirt, when in fact it was appropriated from artwork by Jim French. For the first time, we are showing French’s polaroid studies, original drawing, and the full “longhorn series” from which the image was taken. Shown alongside Tom of Finland’s drawings we reveal the stylistic differences between these two artists and debunk a long held fallacy within punk iconography.