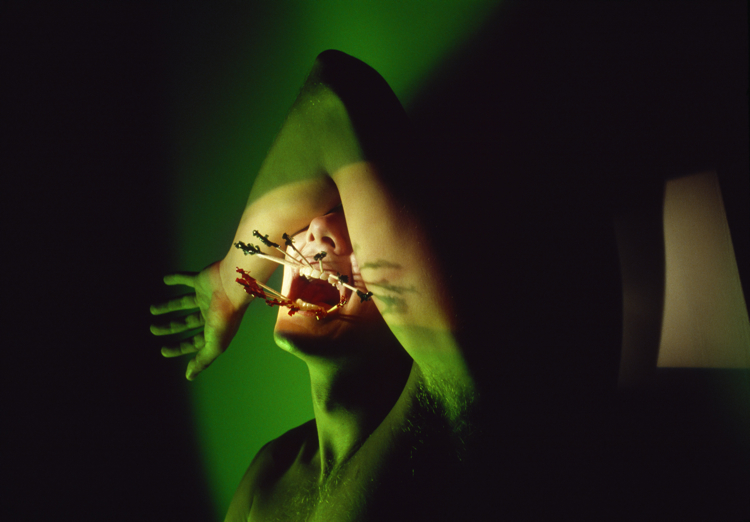 Now on until the 9th of August, Party Picks brings together a selection of DeSana’s photography from 1975 to 1987 that includes portraitsof a number of prominent figures of the downtown New York art and music scene, as well as an overview of his staged investigations of the limits of both photography and the human body. In addition to this exhibition, on the 25th of July, Salon 94 is proud to be teaming up with Visual AIDS for an archive salon as part of its NOT OVER series.This archive salon brings together Joy Episalla, Bryn Kelly, Laurie Simmons, Jack Waters, Carrie Yamaoka and guests to share memories and histories of artists lost to AIDS, and to discuss the contemporary impact of the ongoing AIDS crisis. 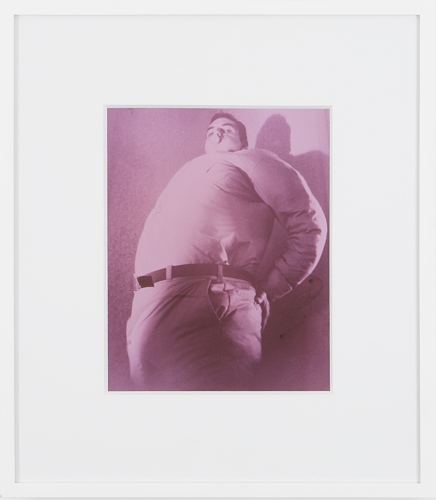 DeSana died of AIDS related illness in 1990 at the age of 40 in the midst of one of his most productive periods. Ultimately, he produced an extensive oeuvre that not only encompassed the complex emotional registers of sexuality, but also documented the joys and uncertainties of an underground world whose creative impact is certainly felt today. 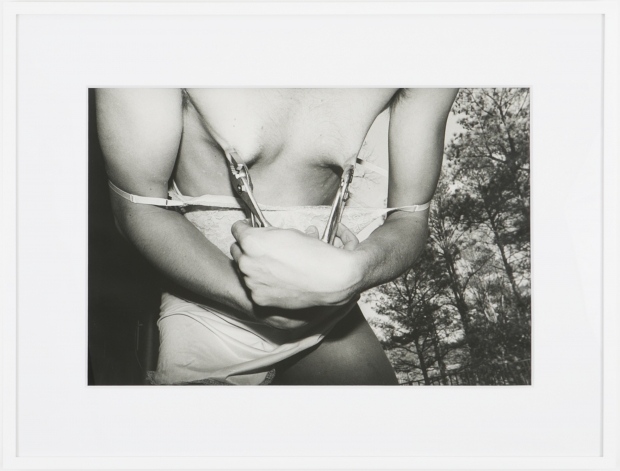 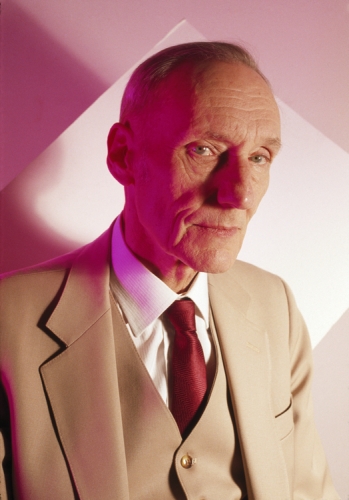 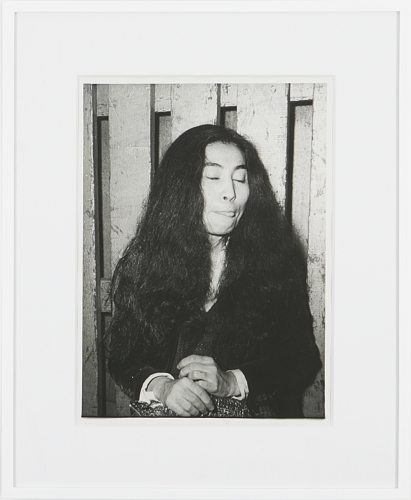 His images are both unnerving and seductive. Captured in both suburban homes and New York City apartments, these vividly lit photographs feature an assortment of characters engaged in a simultaneously familiar and estranging dance with household props and gel-covered tungsten lights. 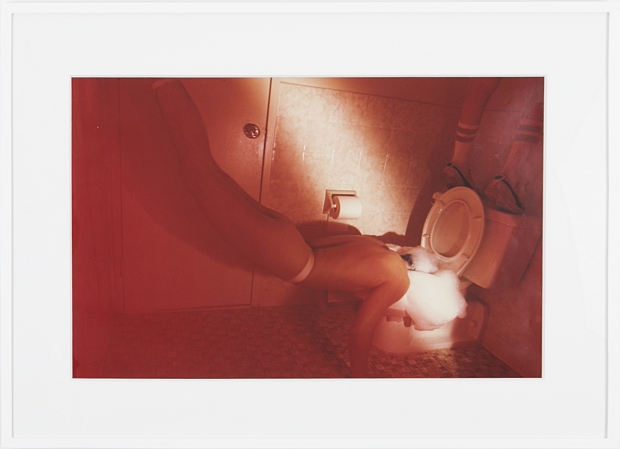 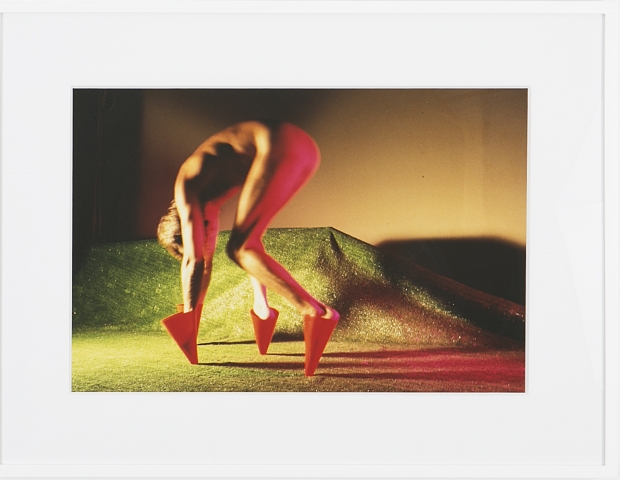 In DeSana’s pictures, the body is inscribed within the conventions of the photographic medium as well as the sensibilities of his punk milieu. This aesthetic statement was, at the time, not only indicative of an investment in conceptual and technical rigor, but also a subversive stance against accepted modes of artistic representation. Mediated through the lens of the camera, DeSana’s subjects, iconic and anonymous alike, become pliable forms that move within and among layers of culture and representation. 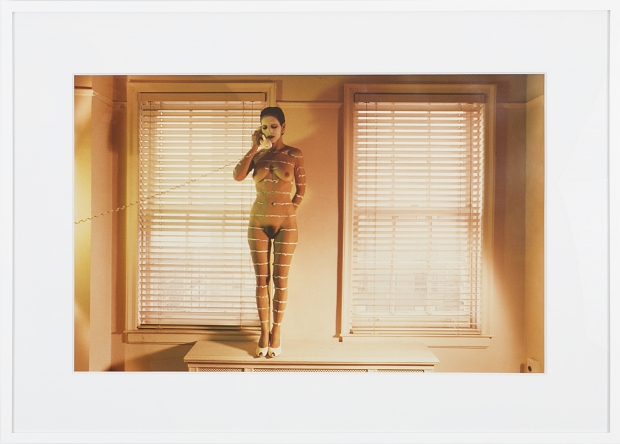 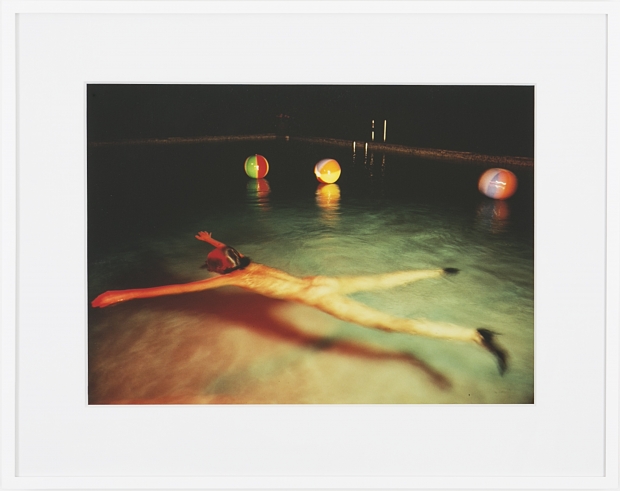 So go check out how all of these contemporary artists work and stories relate to the legendary soul of Jimmy DeSana this Thursday, July 25, 2013 @7pm
Salon 94 Bowery
243 Bowery, New York
Free

Joy Episalla is a multi-disciplinary artist working in the interstices of photography, video and sculpture. She is interested in the mutability of still and moving images as they play out through time, and in the manipulation of spatial volume, while engaging a queer/feminist perspective.  She lives and works in NYC.

Bryn Kelly is a writer, musician, actor, stylist, twitterer. She was a writer and star of the Fully Functional Cabaret and this summer she was selected to participate the Lambda Literary Writer’s Retreat.

Laurie Simmons stages photographs and films with paper dolls, finger puppets, ventriloquist dummies, and costumed dancers as “living objects,” animating a dollhouse world suffused with nostalgia and colored by an adult’s memories, longings, and regrets. Simmons’s work blends psychological, political, and conceptual approaches to art making—transforming photography’s propensity to objectify people, especially women, into a sustained critique of the medium. Mining childhood memories and media constructions of gender roles, her photographs are charged with an eerie, dreamlike quality. She has received many awards, including the Roy Lichtenstein Residency in the Visual Arts at the American Academy in Rome (2005); and fellowships from the John Simon Guggenheim Memorial Foundation (1997) and the National Endowment for the Arts (1984). She has had major exhibitions at the Museum of Modern Art, New York (2006); Baltimore Museum of Art (1997); San Jose Museum of Art, California (1990); Walker Art Center, Minneapolis (1987); and she has participated in two Whitney Biennial exhibitions (1985, 1991).

Jack Waters is a multiple Yaddo Fellow who works in all forms of visual, performance and media art. He is a BFA graduate in dance of the Juilliard School. He is a co-founder of Allied Productions, Inc and a founding member of POOL, a choreographer’s collective that was the resident dance company of the Pyramid Club. Jack’s films have shown on Sundance Channel, and PBS as well as at The Whitney Museum of American Art. His film/Video work is viewable at the Film Makers’ Cooperative, at the Donell Media Center of the NYC Public Library at Lincoln Center, and archived at NYU’s Fales Library and Special Collections. From 2002 – 20004 he was Assistant Professor of Video at Hampshire College where he taught Film, Video, and Media. Waters and partner Peter Cramer, former co-directors of Abc No Rio, are co founders of Le Petit Versailles, a Green Thumb garden presenting screenings, music, performance, visual art exhibitions, and new media.

Carrie Yamaoka is a New York-based artist who has shown her work both nationally and internationally since the 80s. Her most recent solo exhibitions took place at Studio 1.1 in London, Aeroplastics Contemporary in Brussels and Galerie Lange + Pult in Zurich. Yamaoka’s work has been reviewed in The New York Times, Art in America, L’Express, Time Out, Bomb and The New Yorker, among other publications. Her work can be found in the public collections of The Victoria & Albert Museum, London and The Albright-Knox Art Gallery, Buffalo.

Since 2002 Salon 94 has grown from producing special artist projects in a non-traditional home setting to exhibiting a range of emerging and established artists across three exhibition spaces in New York City. www.salon94.com

Visual AIDS utilizes art to fight AIDS by provoking dialogue, supporting HIV+ artists, and preserving a legacy, because AIDS is not over. www.visualaids.org

To more about Salon 94 and their other exhibtions go: HERE

All images courtesy of: Salon 94