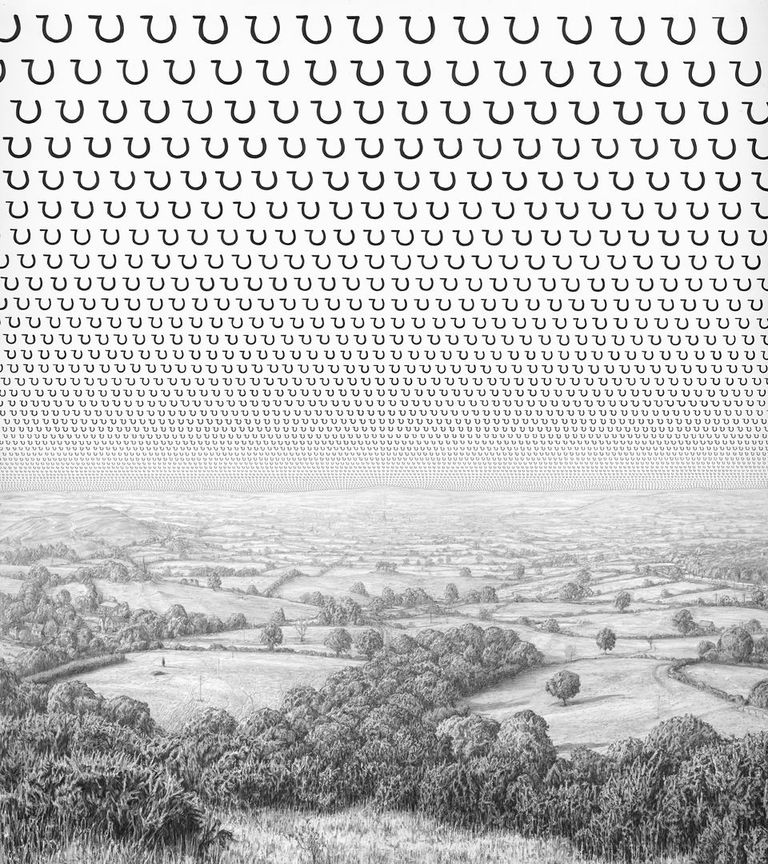 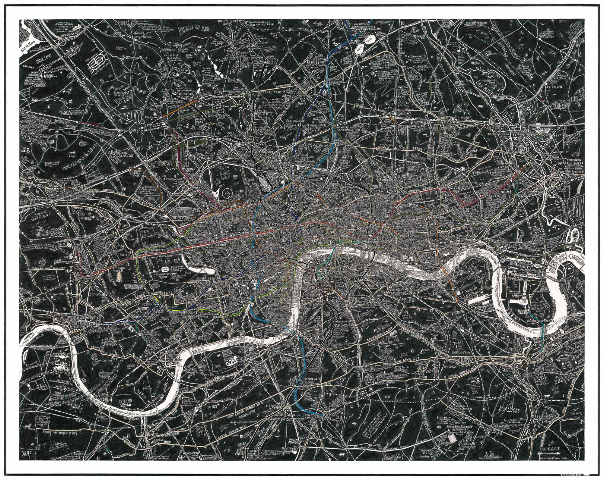 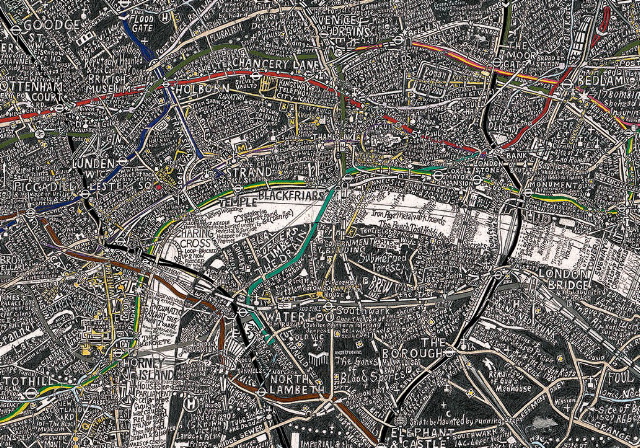 Anthropocene | Relating to or denoting the current geological age, viewed as a period during which human activity has been the dominant influence on climate and the environment. [Oxford Dictionary, 2012]

The new wildernesses on our planet, waiting to be explored, are information, knowledge, history and time. These are altering our relationship with the physical world and the old traditional landmarks. [Stephen Walter]

TAG Fine Arts is presenting a solo exhibition of Stephen Walter’s work, opening in London, July 2013. Hosted at the Londonewcastle Project Space in Shoreditch, the exhibition will showcase Walter’s drawings, photographs and prints from the last four years, including his iconic London maps ‘The Island’ and ‘London Subterranea’. It will also mark the launch of his latest work, ‘Nova Utopia’ – a hand-drawn map which revisits Thomas More’s famous fictional island state of Utopia, a century after a capitalist revolution has transformed its very essence.

Stephen Walter is best known for his intricate hand-drawn maps, including ‘The Island’ and the associated ‘London Series’ (2008), and ‘London Subterranea’ (2012). But cartography is just one aspect of the artist’s practice, which is informed by his knowledge of Romantic landscape traditions, the concept of utopia (and dystopia), and contemporary culture’s obsession with symbols and logos. Walter packs his work with visual and textual information, building up layers of communication on one plane. By doing so he demonstrates the complexity of his subjects, as well as the subjectivity of his response. Walter’s work questions the ability of the artist, working with traditional landscape, cartography and drawing techniques, to communicate a world which is saturated with information, constantly expanding, changing and reorganising itself.
My maps are a critique and a celebration of place, and the stories, histories and perceptions that inhabit them:
I act as an editor or a filter through which the information is laid down. [Stephen Walter]

About The Artist
STEPHEN WALTER studied Fine Art at Manchester Metropolitan University (first class) and completed an MA in printmaking at the Royal College of Art in London. His major project ‘The Island – London Series’ was published by TAG Fine Arts in 2008 and has received sustained critical acclaim. In 2010 he was one of just two living artists to be included in ‘Magnificent Maps: Power, Propaganda and Art’ at the British Library, and in 2012 he was commissioned by the London Transport Museum to create ‘London Subterranea’ for their major group exhibition ‘Mind the Map.’ Walter’s work has been acquired for the Government Art Collection, and has toured to venues including the Victoria & Albert Museum and the Courtauld Institute of Art.
www.stephenwalter.co.uk

TAG FINE ARTS is an art dealers and publishers based in Islington. On top of Stephen Walter’s ‘The Island – London Series’ they have overseen major publishing projects including Rob Ryan’s series of screen prints for his solo exhibition ‘The Stars Shine All Day Too’ (November 2010); Robin Duttson’s ‘The Apple Tree’ (2011); and Tobias Till’s ‘London A-Z’ collection of linocut prints (2012). They operate an ambitious programme of events including art fairs, curated exhibitions, and collaborations with major institutions in the design, publishing and museum worlds.
??????www.tagfinearts.com

‘This map is essentially a collection of a number of utopian and dystopian manifestations, some that I yearn for, and also some of the things that I wish didn’t exist.’

Preview: Rob Ryan: ‘There is only Time’

TAG Fine Arts, in association with Sims Reed Gallery, are to present ‘Rob Ryan: There is only Time,’ a solo exhibition showcasing an entirely new body of paper and print works by the celebrated British artist.

It will also mark the launch of his latest work, ‘Nova Utopia’ – a hand-drawn map which revisits Thomas More’s famous fictional island state of Utopia, a century after a capitalist revolution has transformed its very essence.

Rob Ryan: Our Adventure Is About To Begin in New York