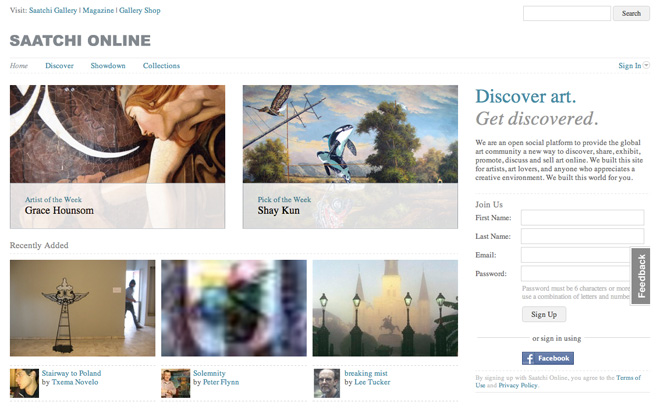 The BBC Reports that record numbers are flocking to the internet and buying art is the becoming an industry norm.
In an industry worth an estimated £40bn, that’s quite a big business to tap into.
The online art market is already estimated to be growing by 20% each year.

“We sell more art in a month online than most bricks-and-mortar galleries do in a year,” says Rebecca Wilson, a director of Saatchi Gallery.

More art is now being viewed online than as originals and, with more and more galleries showcasing online rather than on walls, is the importance of a physical gallery being lost?

“Even before online, a majority of their sales, even in the high-end galleries happened at art fairs, not in the galleries,” says Jonas Almgren, chief executive of art website Artfinder.

“The physical space is diminishing in importance.

And the stereotype of younger people being more tech-savvy is, according to Hiscox, simply not true. Most collectors aged over 65 had bought art directly online.

“Art is still way behind fashion, where the change has largely already happened,” says Mr Almgren.

“I think it will move online faster. Of the people that bought in April [2013], 14% have already bought again in a month and a half. It’s just remarkable and I can’t quite explain it.”

Read More Over at The BBC
You can also read Jonas Almgren’s interview with FAD : HERE