This week at Christie’s, Arts for Life realised a total in excess of £650,000. The success achieved by the works auctioned at Christie’s on Wednesday 26 June followed the pre-auction dinner held at the Saatchi Gallery on Monday 24 and secured much needed funds for the Chelsea and Westminster Health Charity.

Christie’s Post-War and Contemporary Art Day Auction featured a selection of 23 works mostly donated by internationally renowned artists, including paintings, sculptures and prints by Anish Kapoor, Antony Gormley and Michael Craig-Martin, amongst others.

Arts for Life is the groundbreaking initiative from Chelsea and Westminster Health Charity. The programme is committed to raising awareness around the importance of art in hospitals and how it plays a fundamental role in the healing process. Susan Hayden, Trustee of Chelsea and Westminster Health Charity and Chairman of the Charity’s Arts Advisory Board, chaired the week of events, securing the generous contribution of the artists. 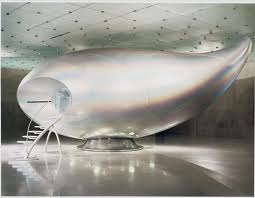 Monday’s pre-auction dinner co-hosted by Nadja Swarovski and Natalia Vodianova, together with Arts for Life Chair Susan Hayden and the Charity’s Chairman Chris Brodie, raised over £100,000. Works by leading artists including Julian Opie and Grayson Perry were auctioned on the evening, ahead of yesterday’s auction at Christie’s London.

This year Arts for Life has brought together acclaimed artists and partners to raise money for Borne – a new initiative which has been established by the Charity and Hospital to prevent the devastating effects of premature birth. The work and research being conducted by Borne not only helps mothers in the UK but also in the developing world where prematurity is a leading cause of death among newborns.