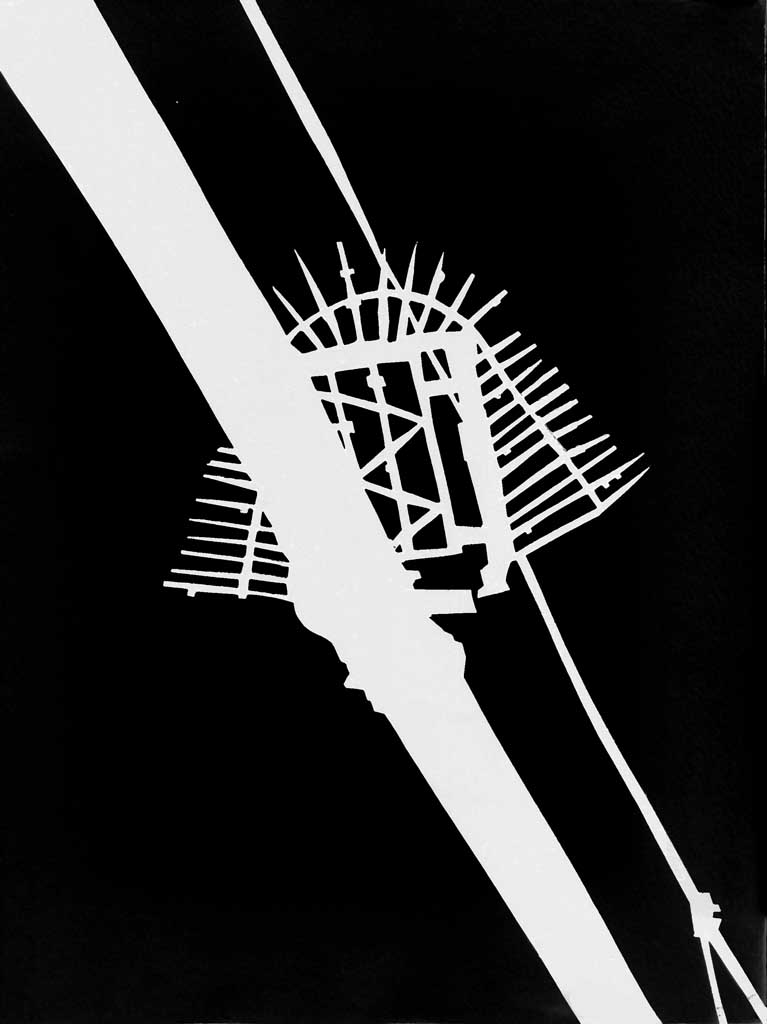 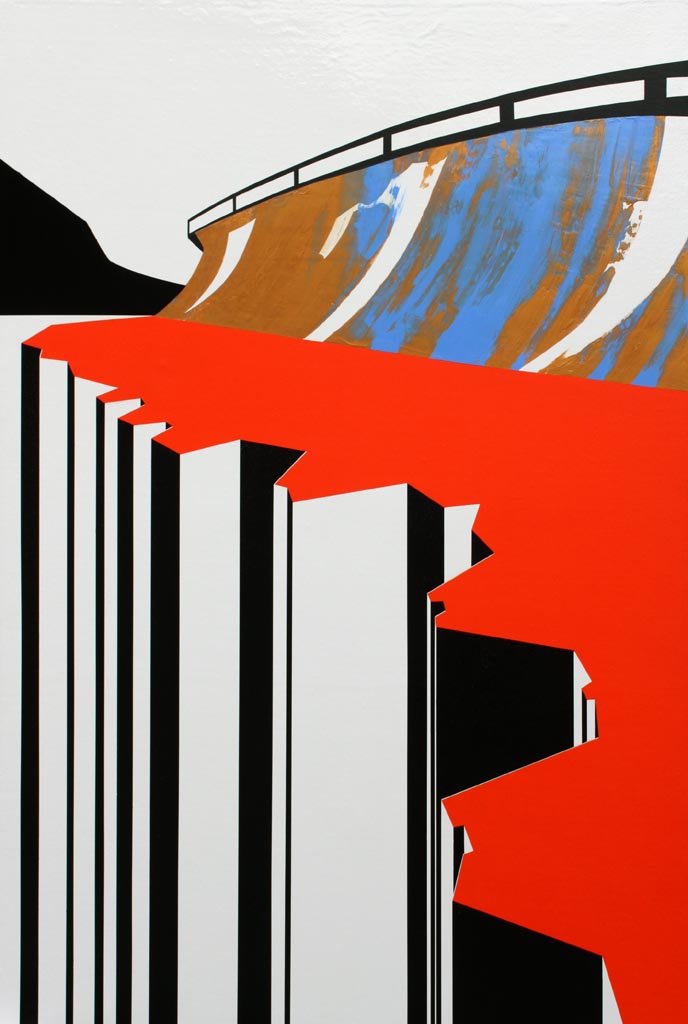 43 Inverness Street is to present Structure, a solo exhibition of Ben Nathan’s paintings. Known for his exploration of urban infrastructures and his reflection of past and present human technologies, Nathan’s latest series continues his exploration into painted abstraction of the vernacular built environment. With large areas of unmodulated saturated colour, the images flatten the familiar, remaking and rendering these sites – the seawall, the water tower, and the bridge — in a manner which brazenly treads between abstraction and figuration.

Seascape, 2012 is an image of a seawall. The sea itself is not present in the image, yet oceanic force and power is communicated through scraped arcs of contrasting colours surging upwards and out of the picture. The painting is a study of stasis and motion. The scraped areas are contrasted with rectilinear forms of hard-edged stripes and craggy shapes of bold red, black and white. These dynamic forms and colours combine to create a landscape of permanence and upheaval. The show also features another image of almost indeterminate source on first inspection, Gateway, 2013, is a simple composition which hides a complexity of spatial and social architectural constructs. Composed from an image taken of a part of a bridge in New York City, Gateway presents an imposing, almost threatening array of spikes and gnashing bars, but is paradoxically seductive because of the unfamiliar perspective and abstracted flatness. Chateau d’Eau, 2012, a painting whose original inspiration was a water tower nestled in a rocky French landscape, is constructed in two parts. The tower itself and the surrounding space are separated structurally, by means of a specially mated set of supports onto which the canvas is stretched.

The boldness of colour and line are only superseded by this renting of figure and ground. Beacon-like, this water tower has achieved iconic status through aesthetic decision making. These and other recent works, presented over two floors display a depth of commitment to the painted surface and its ability to shift between sensuous depth and representational allusion.
Ben Nathan, a graduate of The Slade School of Fine Art, Bezalel Academy of Art and Design, Jerusalem and The Prince’s Drawing School. He lives and works in London. In 2012, he was awarded the International Jewish Artist of the Year award, The Ben Uri Gallery.