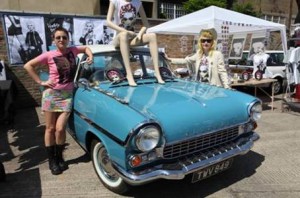 Image courtesy of: Time Out

Celebrating 10 years of fun and frivolity, the UK’s hottest annual art fair, the Vauxhall Art Car Boot Fair is gearing up to be another un-missable event, featuring over 70 renowned artists including Sir Peter Blake, Gavin Turk, Emin International, Polly Morgan, Mat Collishaw, Bob & Roberta Smith, Pam Hogg, Pure Evil, Marcus Harvey, Billy Childish, pitching up to personally sell their original and limited edition works of art at authentically bargain prices. The Art Car Boot Fair is a fun and exciting one day event combining a car boot sale and an art fair where there’s something for every pocket with works typically on sale for between £10 to £1,000.

Sir Peter Blake comments that: “I’ve been involved in the Vauxhall Art Car Boot Fair since the first one 10 years ago and I’m always delighted to work with Vauxhall. Since then I’ve been involved every year; it’s a clever way to make art accessible and affordable to everyone. ”

Just a few things to check out:

Denis Chick, Director of Communications at Vauxhall Motors said, “The concept of turning up in your car and selling is quintessentially British.  Vauxhall Motors is proud to be involved with the Vauxhall Art Car Boot Fair as it enters its 10th year and will exhibit cars from its past and present, including the Velox, 30-98, Cresta, and the exciting new ADAM.  June’s event will be another show-stopper.” 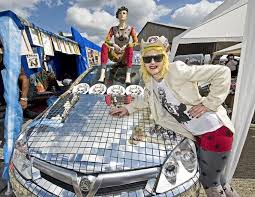 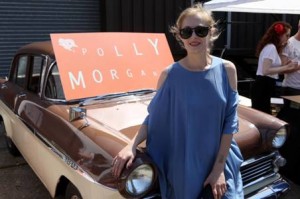 Vauxhall Motors has been manufacturing vehicles in the UK continuously since 1903 and has recently launched the Vauxhall ADAM, Mokka and Cascada.  Vauxhall’s range spans all mainstream sectors of the vehicle market with best-selling model names such as Corsa, Astra, Meriva, Zafira and Insignia regularly topping the sales charts.

Originated and produced by Karen Ashton, a curator and independent art consultant and writer, the ideas behind the Art Car Boot Fair developed out of Joshua Compston’s ‘Fete Worse than Death’ and Gavin Turk’s ‘Livestock Market’ and ‘Articultural Shows’, Hoxton based events that blazed a trail in the late 90’s. The first Art Car Boot Fair picked up where they left off with the intention of re-introducing some summer fun and frivolity into a thriving but increasingly commercial London art scene.