Tell Me Whom You Haunt: Marcel Duchamp and the Contemporary Readymade at Blain|Southern Private View: Wednesday 10th April - FAD Magazine
Skip to content 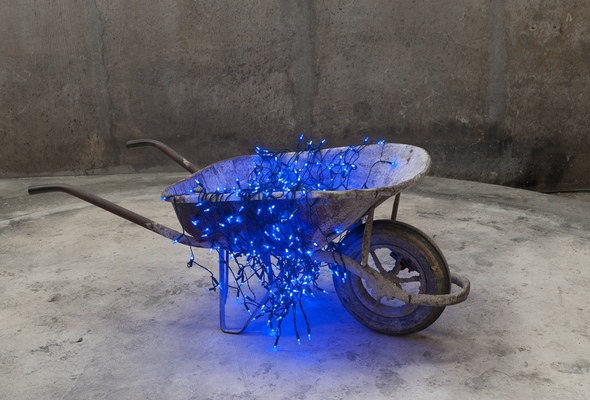 Tell Me Whom You Haunt: Marcel Duchamp and the Contemporary Readymade is a group exhibition in which works by ten leading contemporary artists are placed in dialogue with the readymades of Marcel Duchamp. The exhibition examines the ways in which artists today continue to respond to the activation of memory and the phenomenon of ‘haunting’ so present in the unique and progressive art of Duchamp during the early twentieth century.

Taken from an age-old French proverb, ‘Tell me whom you haunt and I will tell you who you are’, the show’s title refers to the idea that found or ‘readymade’ objects relinquish their previous signification and assume a shifting identity whenever recontextualised; they cease to be one thing in order to become another. In this sense, David Batchelor, Jota Castro, Jimmie Durham, Piero Golia, Martin Kersels, Robert Kusmirowski, Olaf Nicolai, Valentin Ruhry, Nasan Tur and Sislej Xhafa could all be seen, much like Duchamp, to be creating contexts for the ‘haunting’ of objects through their practice. Furthermore, their artworks take on the role of post-structuralist memory-objects, where meaning can extend beyond the personal significance of these objects for the artists, into a realm where the viewer’s own recollections or associations are triggered, positing the potential for a rich web of personal readings.

“Objects often have a multiplicity of meanings, dependent upon each individual’s experience of them. This exhibition seeks to explore the alternative meaning(s) bestowed upon objects through their placement in the gallery space, within which seemingly ordinary objects can be redefined as art.”

Among the numerous Duchamp works on display, From or by Marcel Duchamp or Rrose Selavy (Box in a Valise) (1952) best encapsulates the central themes examined within the exhibition. The intricate layering of meaning, typical of Duchamp’s work, is manifest in the literal act of encasing a box within a valise. Contained within the suitcase are a variety of miniature replicas and colour reproductions of his earlier works; a display of memory that also highlights the continuity within his oeuvre. The title gives a nod to Duchamp’s female alter ego, Rrose Selavy, whose signature appears on a number of the reproductions, thus emphasising the mutable nature of identity.

Just as Duchamp was ‘haunted’ by his past works, which initiated constant revisions to the concept of the readymade, so Duchamp himself haunts the work of Olaf Nicolai, Apparition of a two dimensional object as a three dimensional shadow in chocolate (2013), as he presents Duchamp’s profile and silhouetted image in the form of a series of chocolate cakes – calling into question the ideas of transubstantiation and the consumption of knowledge.

David Batchelor is haunted by the material remnants of previous projects, with his electrical flex balls originating from a surplus of this material left over from the artist’s disassembly of his lightboxes.

In Robert Kusmirowski’s Doorama (2009), the notion of history as a man-made construct informed by memory and imagination is presented. Four meticulously recreated advertisements for nineteenth century Swedish cosmoramas are exhibited alongside an ornately painted door, through which two eyeholes reveal a voyeuristic view of an artificially- created street scene in Lublin, Poland.

Memory also pervades Sislej Xhafa’s work Rocket Ship (2011), in which the artist’s own childhood hopes and subsequent recollections are referenced within the context of travel and migration.

Nasan Tur’s Fortuna (2011) utilises the actual roulette ball from the famous Baden-Baden casino, imbued with thousands of histories of success and failure – the casino itself was immortalised through the writings of Fyodor Dostoevsky whose novel, The Gamblers (1867) was written while he compulsively played roulette at Baden-Baden.

By comparison, the found objects in Martin Kersels’ Charms (USS Constitution) (2011) are highly kitsch, with a toy boat and spider’s web being brought together to create the image of the iconic Revolutionary War era frigate when illuminated.

Jota Castro and Jimmie Durham’s works both reference the nature of existence and the processes of life and death, with Castro’s Leche y Ceniza (2008) (which translates into milk and ashes) being comprised of a baby’s cradle, the bottom of which is lined with a mirror that reflects the viewer’s own image back at them. Durham’s sculpture Himmel und Erde müssen vergehen (2000) displays a monumental stone crushing a lightweight jacket, creating unnerving contrasts between weight, volume and material.

Valentin Ruhry will be presenting a site-specific installation that responds to this concept of the readymade and memory, as an old stepladder is wall-mounted and united with a single light bulb to continue the artist’s ongoing interest in the chandelier form.

Piero Golia will also reference past works, in particular his sculpture Bus (untitled) (2008), where he crushed an entire bus and presented the mangled form at ART LA. Here, the artist will present the axle from this bus, which is in fact not crushable, cutting it into four pieces of varying length and signing these, thus reappropriating this piece of functional machinery and referencing the memory of a performative act.

Ultimately, every artist in the exhibition engages with the phenomena of ‘haunting’ and the manifestation of memory, or the renewed construction of narratives and their shifting significations. Each object is permeated with a personal and historical significance for each artist, and also, perhaps, for the viewer, demonstrating the interconnectedness of identity and remembrance, and the fluid or malleable nature of meaning. 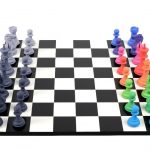 Art and chess have often been linked, most famously via Marcel Duchamp, who was addicted to the game to the extent that not only did he switch his focus from Athena to Caïssa, but it contributed to the failure of his marriage in 1927. 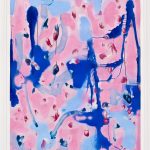 Moshekwa Langa is known for a shape-shifting practice that manifests in virtually every medium and he brings his freewheeling process of loose association to the London gallery this summer.